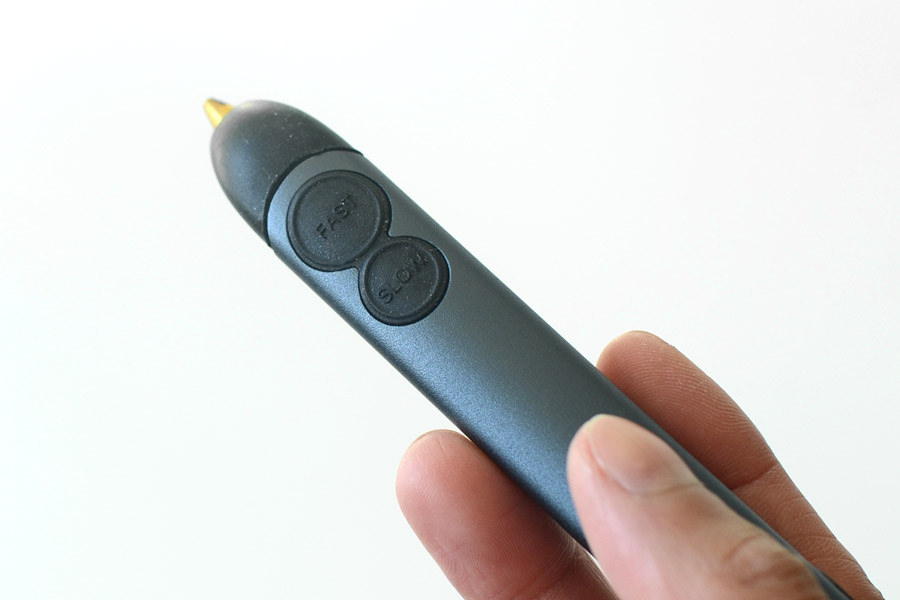 by Joseph Flynt
Posted on July 1, 2017
13 Shares
3D Insider is ad supported and earns money from clicks, commissions from sales, and other ways.

3D printers are a boon to artists and inventors, thanks to the staggering array of shapes and designs they can create. But as awesome as those printers are, there are still certain types of designs that are beyond their scope. Sometimes, the shape of the desired model carries such a sophisticated design at such a minute scale that it becomes essential to craft the model with your own hands to achieve the level of detail required.

That’s where 3D pens come into the picture. At first glance, they may look like ordinary pens, but in truth they are highly complex machines that can fit into the palm of your hand and allow you to provide that personal touch to your 3D model.

Several separate mechanism have to work together in harmony for the 3D pen to work. For starters, instead of the ink or lead that regular pens use, 3D pens make use of ABS or PLA plastic filaments. The filament is fed into one end of the pen before the start of the creation process. The other end of the pen carries a metal tip which can grow as hot as 270 degrees centigrade. Additionally, the tip contains speed regulators that determine how slowly or fast the filament releases from the tip.

Once the user turns the pen on, the filament is released through it’s heated metal tip in semi-liquid form. In this state, it is easy to give the desired shape to the filament. The shape depends on the manner in which the user moves the pen across a surface or in the air. The filament hardens into solid form seconds after being released from the pen’s tip to produce a hand-made 3D model! 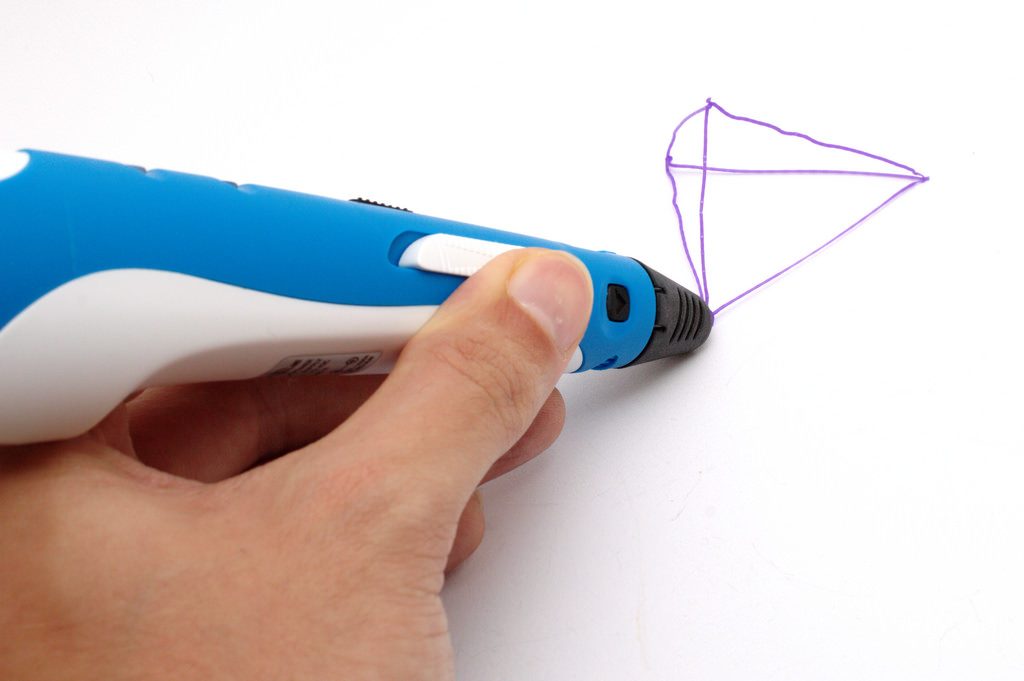 There are two considerations that need to be kept in mind while using the pen. The first is the color of the filament. You can buy the filament in many colors, and each new color needs to be fed individually into the pen in order to create a model in that color.

The other consideration is the speed of ejection of the filament. 3D pens come equipped with speed regulators which control the speed at which the filament leaves the pen. If you’re creating a shape that remains unchanged over a large surface, you can keep the speed high to create the design quickly. On the other hand, if the design is more complex and changes shape at regular intervals, you should have the filament release slowly to give you time to move the pen in the complex patterns that are needed to create the complex design.

Ways to Use the Pen

Wielding a 3D pen requires practice and skill. Not everyone possesses the skill needed to use the pen instead of a printer. That is why 3D pens are more commonly associated with users of 3D printing of the artistic type.

You can use the pen to create ornaments, jewelry and pendants. You can also use them to add personalized shapes to other objects like mobile phones and laptops. Statues and sculptures can be created with great detailing and precision with the help of 3D pens.

While most 3D pens follow the same basic design, different companies put their own spin on their machines in an effort to set them apart from the pack. If you’re looking to buy a 3D pen, make sure it’s speed and temperature are adjustable, that it can carry different types of filament and is compatible with the various accessories that are available for 3D pens.

3D pens and their accessories require very little maintenance. PLA filaments are more environment-friendly, with a low melting temperature and a bigger transition temperature. On the other hand, ABS is the stronger filament that offers better resistance to chemicals, in addition to being the more expensive choice.

The filament is loaded into the back of the pen. Pressing the main button starts the flow of the filament towards the metal tip. If you’re using different colored filaments, make sure to doodle a bit so that the remaining plastic is released and not added to your model after putting in the filament with the different color.

To keep the pen in top condition, you can use rubbing alcohol on it’s surface. Don’t apply too much pressure while sliding the filament in or out. Make use of the nozzle remover to screw or unscrew the heated end of the pen.

Always remember that the 3D pen is not simply a pen, but a complex machine. Being rough or careless with the device can result in the pen getting damaged or you getting hurt. Since the metal tip needs to be heated to high temperatures, always be careful to avoid direct contact between the tip and any part of your skin. If the light and sensitive tip breaks due to use of too much force to screw/unscrew, the entire device can be rendered useless.

Finally, keep in mind that the filament released from the pen also gets quite hot, so avoid letting it come into contact with humans, animals or sensitive surfaces that may get damaged by the heat. Always supervise kids if you let them use a 3D pen. Keeping all these precautions in mind will help ensure that your pen provides you with years of faithful service and allows you to create creatively distinct and artistically complex 3D models.