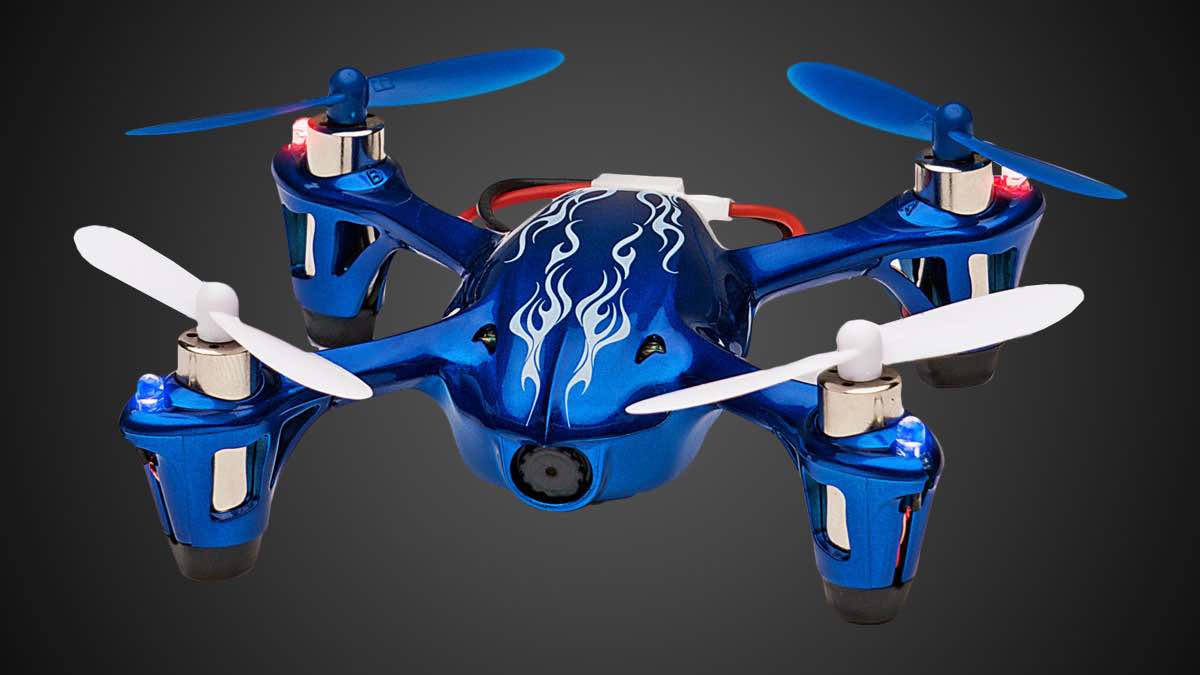 by Joseph Flynt
Posted on August 31, 2017
8 Shares
3D Insider is ad supported and earns money from clicks and other ways.
DJI has just released the Mavic Air 2. See all of the specs here.

Let’s take a look at the Husban X4 H107 Quadcopter. This model carries a 2.4 ghz 4-channel radio. The makers claim a flight time of about 9 minutes, while charging takes 20 to 30 minutes. The machine also boasts the latest 6-axis flight control system with adjustable gyro sensitivity and a USB charge cable.

The Husban is quite a tiny drone. It’s hardly bigger than the palm of your hand. Its small size makes it very agile, and it’s been programmed to do flips in the air when flying in advanced mode. Its four motors are quite powerful for their size, making lifts and take-offs easy to manage. You can fly the drone either in basic mode if you’re a newcomer, or in advanced mode if you’re looking to make some fancy manoeuvres. Two blue LED lights help keep track of the drone at night. 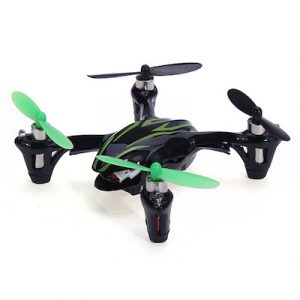 As its specifications should have told you by now, the Hubsan is not a commercial drone. It won’t be able to carry out much work, but it can be a fun little toy to play around with. The flips and loops that the drone is capable of means its motors are always in danger of getting damaged from crashes. The older version of the drone came with an extra set of props as a safeguard against such an occurrence.

While using the drone, it would be advisable to use a skid on the bottom to help with hard landings. Also, electrical tape on each of the motor’s arms can help prevent the casing bursting apart from a crash. Since the drone is quite cheap, you should have some money left over to invest in all these precautionary measures.

The Hubsan carries a very sleek and stylish look, and the blue LED only add to its mystique while flying at night. The quadcopter comes with a 240 mah LiPo battery pack, and the previously mentioned 2.4 GHz transmitter. There’s no camera, and it would be dangerous to try to stick one on. You may think your camera is very light, but the Hubsan relies on the minimum weight that needs to be lifted to stay up in the air. Even a little extra weight might throw off its pace.

There’s an instruction manual for the drone as well, but the English is a little hard to decipher. Fortunately, the device is pretty easy to figure out, and you don’t really require instructions. Just make sure to re-calibrate the controls and level the quad before flying the Hubsan for the first time. If you don’t take this precaution, the drone will fly at random and be difficult to control. If you’re unsure how to recalibrate the machine, a quick google search can let you know all you need.

Also, make sure to fully charge the battery before its maiden flight. You’ll need the full flight time promised on the box to get used to the drone’s controls. You can do a lot of crazy stunts once you become more experienced, but the first few flights with the Hubsan can result in quite a few crashes if you’re not careful.

Be sure to keep a log of the drone’s flight time, since the last thing you want when you’re in the middle of a complicated mid-air manoeuvre is for the battery inside the drone to die on you and send the machine plummeting towards the ground.

The flexible drone design and its sensitive controls mean you will be able to pull off some very neat last-minute turns and twists. While the sensitive control means pushing a button even slightly harder than intended can result in an unwanted flip, once you do get the hang of it, flying becomes a ton of fun.

This drone is not really suited to high winds because of its four-motor body and small size, but on calm days you can take the Hubsan outside for a spin. The best place to fly the drone is inside large rooms and halls, as long as you make sure the area isn’t littered with small knick-knacks that it can crash into.

The transmitter in the controller gives the drone decent range, but be careful while trying to see how high up in the air you can make the machine go. Due to its small size, it can be difficult to keep track of the Hubsan when it’s very high up against a backdrop of bright sunlight.

The flight time of 8-9 minutes is pretty decent for a quadcopter of its size. If you’re really after a longer flying time, you can purchase some extra rechargeable batteries and swap them out for the drone’s once they become depleted. The controller for the drone is quite compact, and fits easily in your hands. The sturdy body of the Hubsan is able to withstand some nasty knocks without breaking down, while means it’s made of durable, high-quality materials.

All in all, the Hubsan is a solid little drone you can purchase if you’re a newcomer to the world of drone flying. It’s a pretty basic model and carries no extra features to distinguish it from the rest, but the solid design, low cost and excellent performance makes it a sound purchase. Once you cut your teeth on this drone, you can move on to more challenging models that really test your skill.

Hubsan has seen some upgrades in the recent past and come back to the market better than ever. If you’re getting the latest version of the drone, it does things a little differently to its older counterparts.

For the new Hubsan, initially you need to power up and allow the device to bind. You can kick it into expert mode by pressing and releasing the right under stick located on its body. Hold the full right rudder on left stick while wriggling the right stick from left to right. Once the ‘Eye’ light flashes, you’ll know that the drone has been calibrated successfully and is ready to fly.

Image from Dude I Want That