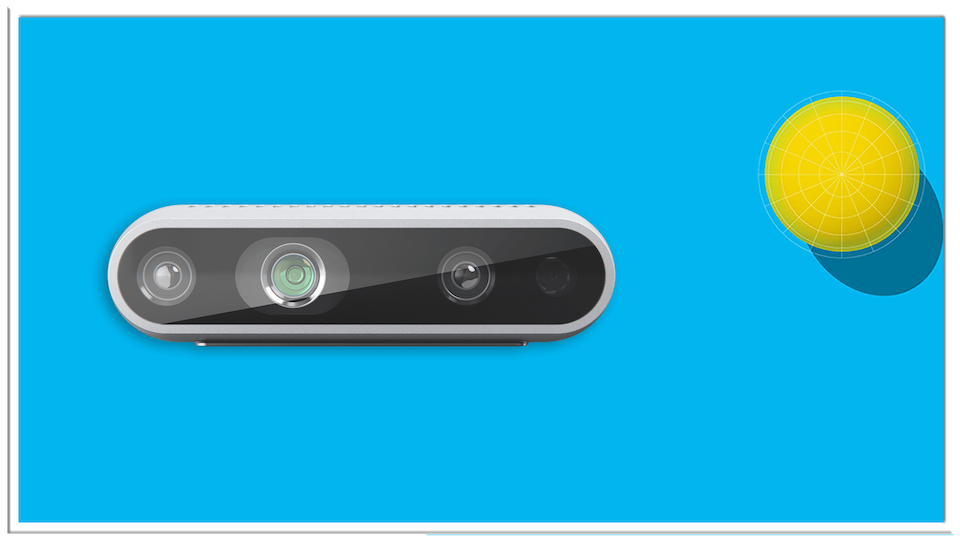 What is Intel RealSense in Yuneec Drones?

by Joseph Flynt
Posted on January 29, 2019
15 Shares
3D Insider is ad supported and earns money from clicks, commissions from sales, and other ways.
DJI has just released the Mavic Air 2. See all of the specs here.

With drone sales showing 170% year-to-year increase, it is apparent that the market for consumer and professional drones continue to grow at an astounding rate. This has resulted in very tight competition between the various drone manufacturers. So far, the advantage has belonged to whoever can come up with better and more innovative technology. Drones are getting smaller and faster while being able to fly for longer and having better quality cameras.

One area in which drone manufacturers have fiercely competed in is in obstacle avoidance technology. Yuneec has been one of the top contenders in the race to create safer and more autonomous drones. This is in huge part due to its partnership with Intel, equipping Yuneec drones with Intel’s top-of-the-line RealSense Technology. What exactly is RealSense and what can it do?

What is Intel RealSense?

Intel RealSense is an array of depth and tracking technologies designed to give machines depth perception capabilities, allowing them to “see” objects in their environment and react appropriately. First launched in 2015, Intel RealSense technology has quickly expanded to a product line consisting of standalone vision processors that use a combination of infrared sensors, RGB sensors, and depth and tracking modules.

Intel RealSense has been integrated into many technology market products that stand to benefit from its computer vision capabilities. These include smart home systems, VR systems, various robots, and autonomous drones.

Which drones have Intel RealSense?

At CES 2015, one of the first drones equipped with Intel RealSense Technology was announced: the Yuneec Typhoon H. This six-rotor drone is equipped with a 4K camera mounted on a stabilizing gimbal that can rotate a full 360 degrees. The front-facing RealSense camera is responsible for tracking the position of the drone relative to the other objects in its immediate environment.

However, the actual release of the Typhoon H revealed the base model did not come with the Intel RealSense obstacle avoidance technology. Instead, it was an optional upgrade. Although disappointing, this move was made to keep the price of the Typhoon H down.

What can Intel RealSense do?

The Yuneec Typhoon H drones are equipped with Intel RealSense R200 camera with an Intel Atom-powered module. Its most important capabilities include:

Intel RealSense uses a combination of visual tracking and GPS technologies to allow the Typhoon H Plus to follow a target even when it becomes obscured. This is a particularly useful feature, especially if the drone is tracking a target in a particularly obstacle-dense area, such as a forest.

This feature was demonstrated during CES 2016. In a session held by Intel, with cooperation from Yuneec and Ascending Technologies, a drone was made to chase its own pilot inside a closed octagonal arena. The pilot was unable to shake off the drone despite moving at high speeds and changing direction numerous times. The demonstrations also showed how the Typhoon H Plus can still avoid collisions even while it continues to track a subject.

The Intel RealSense technology uses a combination of data collected from its camera and its sonar sensors to create a 3D model of its environment. This means that the drone continuously scans its surroundings, updating the 3D model as it goes. By using sonar technology in tandem with its camera, the drone can detect even very small and barely visible objects. The use of sonar also means that the drone can detect obstacles even in darkness.

A thorough knowledge of its surroundings allows the Typhoon H Plus to make intelligent decisions on which route to make. This kicks in when the drone is in Follow Me mode and has to negotiate several obstacles to track its subject. With the aid of Intel RealSense, the drone can decide on which route is the safest, fastest, or shortest.

By continuously scanning its surroundings, the Typhoon H Plus is always aware of all obstacles. This is very useful in Follow Me or Orbit modes, when the pilot yields control of the drone and allows it to fly autonomously.

In addition to being able to create a 3D model of its environment, Intel RealSense is also capable of remembering these 3D models. Thus, when the drone finds itself in the same location, it pulls up a model which had been previously generated. This means that obstacle avoidance is no longer reactive. With Intel RealSense, the drone can remember the obstacles it has avoided in the past and steer clear of them during the return trip.

Despite the impressive capabilities of the Intel RealSense technology equipped into the Typhoon H Plus, the R200 camera is only a single entry in a whole spectrum of RealSense products. One of the most recent releases under the RealSense product line is the T265 tracking camera, which comes with an inertial measurement unit (IMU) module and an upgraded 3D mapping algorithm, called Simultaneous Localization and Mapping (SLAM).

The new SLAM algorithm uses a combination of cameras and IMUs to navigate using data on the features and obstacles in its immediate environment. The integration of an IMU module means that Intel RealSense has the potential of interfacing with gimbal technology to deliver better image stabilization.

The T265 also features the upgraded Intel Movidius Myriad 2 Visual Processing Unit which offers low latency and very efficient power consumption. Best of all, all these features are housed inside an incredibly compact design that weighs only 55 grams.

Even the more basic models of RealSense cameras are impressive, as exhibited by the D435i depth camera. This is more comparable to the R200 camera that comes with the Typhoon H Plus, although this model comes with IMU technology for enhanced tracking and improved environmental awareness.

Right now, there are currently no plans to integrate more recently developed RealSense technology with any commercial drone product. Still, it is very unlikely that Yuneec is not hard at work in developing a drone with improved environmental awareness provided by the very best technology that Intel RealSense has to offer. With RealSense tracking cameras getting smaller, lighter, and gaining additional capabilities, the future of the partnership between Yuneec and Intel is looking very bright.

Right now, Intel RealSense is leading the race for the best obstacle avoidance technology for drones. By combining visual and sonar sensors supported by a top-of-the-line visual processing sensor, drones equipped with Intel RealSense have an unequaled level of environmental awareness and intelligent routing. This technology has made the Yuneec Typhoon H Plus bar none on of the best prosumer drones out in the market today.

The Typhoon H Plus was released several years ago, and Intel RealSense technology has grown by leaps and bounds since then. It is probably only a matter of time before Yuneec announces their brand-new drone that comes with the latest tracking camera that Intel RealSense has to offer. These are very exciting times, and we look forward to the next innovation that will come out of this race to develop the very best obstacle avoidance technology.