Is G-Sync Worth It? It Depends on Your Computer

by Joseph Flynt
Posted on March 1, 2019
19 Shares
3D Insider is ad supported and earns money from clicks and other ways.

G-Sync is a hardware solution that requires a proprietary module from Nvidia, which is the chief reason G-Sync monitors are more expensive than both regular and FreeSync monitors. Some of the best ones – including the Dell Alienware AW3418DW and the Asus ROG Swift PG279Q – sell for around $700-800 apiece, which is too expensive for many people.

Considering G-Sync monitors are on the expensive side, many wonder whether G-Sync is really worth the money. If you ask around at internet forums or gaming groups, you’ll get different answers. Some will say that G-Sync is 100 percent worth it and that once you experience it, you’ll never want to go back to a regular monitor. Others take the opposite stance and will say that, based on their own experiences, G-Sync is not worth the premium price.

Whether G-Sync is worth it depends on several factors, including your PC build and your gaming preferences, including the kinds of games you usually play. Here, we’ll be taking a look at both sides of the coin to help you decide whether investing in a G-Sync monitor is a sound choice.

When G-Sync Is Worth It 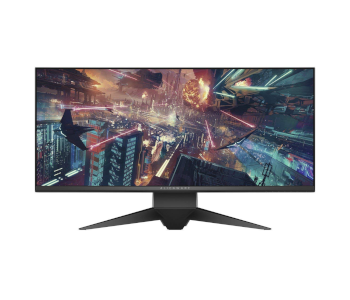 G-Sync is definitely worth it if you can easily perceive screen tearing when the frame rate is erratic and you find the visual artifact distracting or annoying, especially when there are multiple horizontal lines or “tears” on the screen at the same time. Screen tearing is more noticeable in monitors with a 60 Hz refresh rate, especially if the resolution is QHD or 4K UHD. With G-Sync, you can remove that issue from the equation, which translates to smoother gaming performance.

G-Sync shines the most when you are playing graphically demanding games such as The Witcher 3: Wild Hunt, Far Cry 5, and Final Fantasy XV, especially if you have a QHD or 4K UHD monitor and typically play with very high settings. In that setup, your graphics card will be put under a lot of strain, with the output suffering during graphics-heavy scenes. G-Sync keeps the performance smooth whenever the frame rate dips significantly or becomes erratic. If you mostly play AAA games and run them at max or near-max settings, then G-Sync will be worth the money for you.

Lastly, G-Sync is worth it if you prefer a more futureproof setup and want a monitor that will last for several years. Considering the visuals in games today, it’s safe to assume that games in the future will be even more graphically demanding, which, in turn, will put even more strain on your graphics card. If your monitor has G-Sync, you can still enjoy smooth gaming even if your PC is struggling to keep the frame rate stable in newer games.

When G-Sync Is NOT Worth It 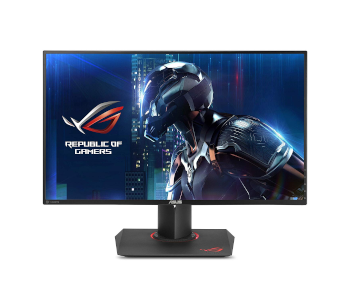 G-Sync is not worth it if you barely notice screen tearing during games, whether you are playing racing games, action RPGs, real-time strategy games, or first-person shooters. The same goes if you don’t really find screen tearing bothersome or distracting when you do notice it. Some people are very sensitive to screen tearing while others don’t care about it. If you are in the latter camp, then you may not fully appreciate the benefits of G-Sync.

If you have a gaming setup with a high refresh rate monitor (120 Hz, 144 Hz, 240 Hz, etc.) and a powerful graphics card that can easily keep up with the monitor’s refresh rate, even at max settings, then G-Sync will hardly feel beneficial for you. That’s especially true if you mostly play Counter-Strike: Global Offensive, League of Legends, Fortnite, and other less graphically demanding PC games. Screen tearing can still manifest in 144 Hz and 240 Hz monitors, but it will be less noticeable compared to screen tearing in 60 Hz monitors.

You can think of G-Sync as a luxury, not a necessity. There are more important factors to consider when shopping for the best gaming monitors – like the panel tech and the refresh rate. If you want a smoother gaming experience and can easily afford a G-Sync monitor, go for it. If you have a tight budget, then simply focus on getting a quality monitor that fits within your budget.

To wrap up, G-Sync is worth it if: