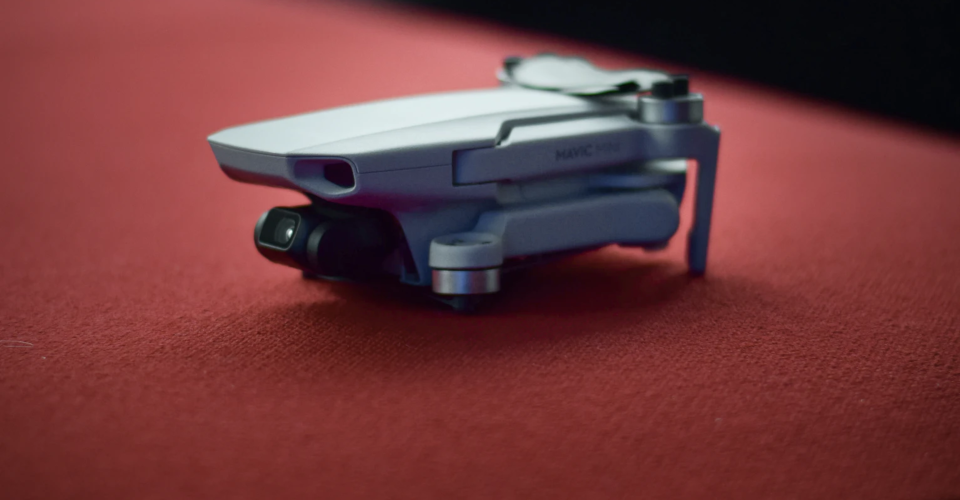 The Japan-Exclusive DJI Mavic Mini and Why It Exists

by Joseph Flynt
Posted on January 16, 2021
19 Shares
3D Insider is ad supported and earns money from clicks, commissions from sales, and other ways.

The original DJI Mavic Mini may already be old news by now, having been succeeded by the Mini 2, but that does not make it an uninteresting topic for discussion. After all, the Mavic Mini made huge waves back when it was launched despite being the smallest and lightest of DJI’s main line of drones.

At 249 grams, the Mavic Mini flew just right under the FAA’s minimum weight threshold for registration yet retained a few pieces of impressive technology. But did you know that there’s a version of the Mavic Mini that’s even lighter? In this article, we’re taking a look at the 199-gram Mavic Mini.

The Mavic Mini made for Japan

To frame the discussion, we should mention right away that this lighter version of the Mavic Mini is exclusively sold in Japan. It weighs exactly 199 grams, or 50 grams lighter than the Mavic Mini we are more familiar with.

The peculiar weight is not coincidental. In the same way that our Mavic Mini flies right under the FAA’s minimum, the Japan-exclusive Mavic Mini was also designed to weight just below the minimum weight.

As outlined in Japan’s Aeronautical Act, any drone that weighs less than 200 grams is not included in their technical definition of a UAV. This means that the Japan version of the Mavic Mini can be operated without having to seek permission or approval 10 days before the planned operations.

Knowing this context, it seems that the Mavic Mini had been redesigned for Japan to fulfill the exact same objective – to provide a drone that pilots can fly unfettered by the inconvenience of drone regulations. Having a tiny drone that you can carry around easily is also a nice little benefit but seems secondary.

How does it compare to the standard Mavic Mini?

Given how light the standard Mavic Mini is, how could they have possibly made it lighter? Just in case you were wondering, the Japan-exclusive Mavic Mini still comes with the 2.7K camera and 3-axis gimbal. To keep the weight of the Mavic Mini down, DJI’s strategy was simple – make the battery lighter.

As you would expect, some compromises had to be made. The standard Mavic Mini came with a 2400 mAh battery that lasted for about 30 minutes of flight time. It also weighed 100 grams. The 50 grams weight difference was achieved by cutting down the battery capacity of the Japan-exclusive Mavic Mini to 1100 mAh. However, it also reduces the maximum flight time of the Mavic Mini to 18 minutes.

Aside from the batteries, there seems to be no difference at all between the standard Mavic Mini and the version sold in Japan. This is impressive, but the 18-minute flight time is already below the standards set by most ultraportable drones that have been launched recently.

Are the two batteries interchangeable?

Unsurprisingly, the first question that pops into most people mind’s when they hear about this factoid is this – would it be possible for a Mavic Mini drone to switch between the two different batteries? Yes, it’s possible. The two battery models only differ in capacity but are dimensionally similar.

If you own a Mavic Mini and are planning to bring it to Japan, then this is great news. You can simply buy the Japanese version of the Mavic Mini battery and fly your drone without breaking any of their local laws.

Theoretically, it should also work the other way around. Making your standard Mavic Mini lighter with a reduced capacity should be possible from a technical perspective – that is, if you can buy one. The 1100-mAh Mavic Mini battery is available in the official DJI store but it is region-locked. There also does not seem to be any listing for the battery on Amazon. You’ll have to be a bit creative if you want to buy one.

Can I bring my US-based Mavic Mini to Japan?

If you can get your hands on a 1100-mAh battery, can you just go ahead and use your Mavic Mini in Japan? That seems to be the case according to several sources. A matter to be wary of are the different standards for transmission distance as dictated by the MIC or CE, which could be stricter than those of the FCC. For instance, transmission at 5.8 GHz is restricted to only 500 meters on CE standards but can extend up to 4000 meters on FCC standards.

Another word of caution is related to warranty. If your Mavic Mini is still under warranty, then we advise against using unofficial accessories with it – especially one as crucial as the battery. If your Mavic Mini crashes with a 1100-mAh battery on it, DJI may argue that it is not covered by warranty because you used a battery other than the one that was officially supplied with the drone.

At the end of the day, it is your drone and you’re free to do what you want with it. Just don’t go around breaking another country’s laws just because you did not do your research.

At 249 grams, the Mavic Mini is already one of the lightest drones which can be reasonably used for near-professional photography. Being very light and portable, it’s also incredibly handy for those who do a lot of traveling.

Not many people know that there is an even lighter version of the Mavic Mini sold only in Japan. At 199 grams, the lighter Mavic Mini does not lose any of its essential functions aside from the vastly reduced flight time.

Unfortunately, the 1100 mAh Mavic Mini battery is not openly sold outside of Japan. This is a shame – there is probably a market out there of people who would like the increased lift-to-weight ratio of a lighter Mavic Mini. Would you buy a lighter battery for the Mavic Mini if DJI sold it here? Let us know in the comments below!