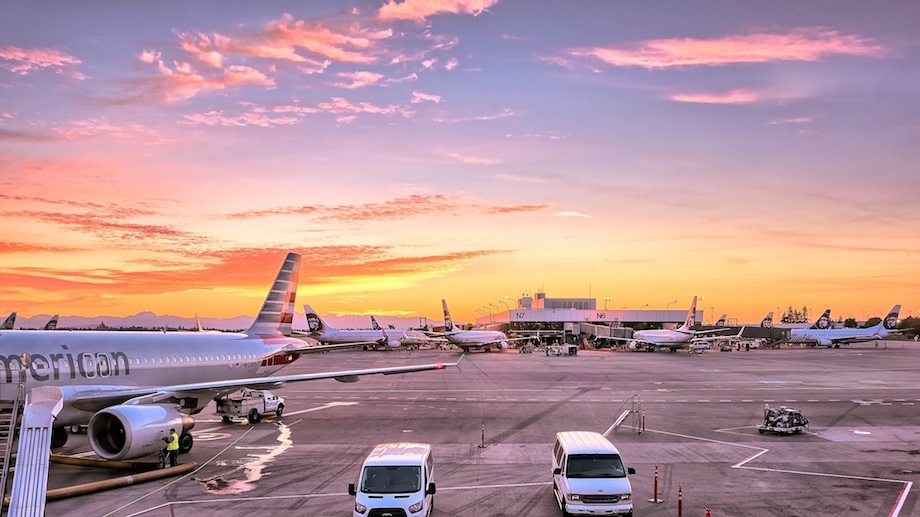 What is LAANC for drones and how do you use it?

by Joseph Flynt
Posted on July 23, 2019
23 Shares
3D Insider is ad supported and earns money from clicks, commissions from sales, and other ways.

The FAA has released LAANC for recreational flyers today. LAANC makes getting permission to fly in restricted airspace a lot easier.

Of all the restrictions that the FAA has imposed on drone pilots, flying in certain types of airspace has to be one of the most serious. Nowadays, you don’t need to do a lot of research to run into any news on drone-related incidents. Just a few weeks ago, the Leeds Bradford airport in the UK had to be shut down for 45 minutes after a drone was seen flying near the runway.

However, such heavy restrictions have made drone flight a more complex matter, even for well-meaning drone pilots. To help alleviate these complications, the FAA has created the LAANC. What is LAANC, and how is it used? In this article, we answer all of your questions about the LAANC.

The Low Altitude Authorization and Notification Capability (LAANC) was a system developed by the FAA with inputs from various private drone operators. It allows drone pilots to request for approval to fly in controlled airspace and receive this approval in just a matter of minutes. The FAA receives these requests and is responsible for getting in touch and coordinating with the concerned airport operators and air traffic control (ATC) officers.

This system, launched in late 2017, supersedes the old process of drone pilots having to personally get in touch with the nearby airport or ATC facility to secure authorization. The FAA also used to accept airspace authorization requests through the FAA DroneZone portal. However, the approval process for requests through the DroneZone typically took several weeks to complete.

The move lessened the strain that both the FAA and airport operators had to go through in processing a huge volume of requests from drone pilots. It also helps airports, who now have increased visibility on the drone activity in their vicinity.

A huge advantage of using a centralized system like the LAANC for filtering of airspace authorization requests is that it allows for consideration of time-based restrictions such as Temporary Flight Restrictions (TFR) or any Notice to Airmen (NOTAM). These advisories are usually released ahead of implementation, which should give you time to change your plans if needed.

The FAA also considers LAANC as the first step towards developing a genuine Unmanned Aircraft Systems Traffic Management System (UTM). Ultimately, the UTM will allow drones to be identified remotely and for the FAA to more closely monitor drone flight activities – all in in the interest of airspace safety, of course.

How do you get approval through the LAANC?

Back when the LAANC was being developed, some companies were invited to take part in initial testing. These companies were among the first to be granted access to eh LAANC system. Over the years, the number of companies who have integrated LAANC into their drone flight software has vastly increased. Today, virtually all of the reputable drone software platforms have LAANC capabilities, such as AirMap, Skyward, Airbus, Kittyhawk, and DJI.

If you run any of the drone flight apps from these companies, you can request for airspace authorization via your phone, tablet, or controller. These apps also typically include a map feature that will show if you are within or near controlled airspace.

There may be minor variations in how these different software platforms or apps implement the LAANC request process, but the required details should be similar. Basically, you need to provide the details of your planned drone flight. These details include your location, the planned duration flight, the planned maximum altitude, prevailing weather conditions, the drone model you are using, and its registration number, your contact details, and some personal info.

The LAANC has built-in filters for request details that will be automatically declined. For instance, you may be in a quadrant where the Class B airspace only extends up to 300 feet in altitude. If you request for approval for flight up to 301 feet, the app will automatically reject the application. This feature streamlines the whole process and makes back-and-forth communication unnecessary.

Example: Getting LAANC approval thru Airmap

Airmap was one of the companies who worked with the FAA during the development of LAANC, and their early adopter advantage has certainly given them a leg up over many competitors. As with other drone flights apps, the LAANC approval system has been fully integrated into Airmap. To demonstrate how easy it is to use, here’s a step-by-step guide:

Depending on the complexity of your request, it can take just a few seconds to up to a few minutes before you receive the confirmation text. Once you have finished your planned flight mission, it’s a good idea to let the FAA know with the END FLIGHT button.

Do I need to get LAANC approval prior to my planned flight or do I have to do it on-site?

Ideally, the ‘right now’ option should make it possible for you to just drive out to your takeoff point, pull out your phone, and get approval in a matter of minutes. However, there are a lot of factors that could throw a wrench into this scheme. You may find yourself in a location where a TFR was just implemented, which you did not know ahead of time. If you’re a commercial drone pilot, this lack of foresight could easily lose you some clients.

Our advice? Getting approval ahead of time will never hurt. Even a lead time of two or three days will be enough for you to apply for authorization or to change plans if the LAANC application falls through.

Is there a best app for getting the LAANC approval?

There is a whole list of drone flight apps that we can recommend – Airmap, Kittyhawk or Skyward, among others – that are all excellent and come with the LAANC feature. DJI is going to be adding this feature to their drones soon. Basically, any reputable drone flight app should have it integrated by now. Is there a best one? Not really. After all, these drone flight apps merely forward your application to the FAA for approval. If you already have a favorite app, then you can just keep using that.

Can both recreational and commercial drone pilots use it?

Right now, the LAANC is still only usable for Part 107-licensed commercial drone pilots. This is likely due to the absence of any tracking system in the FAA for recreational drone pilots. However, the FAA has already announced plans to integrate recreational flyers in an upcoming expansion of the LAANC. The upgrade has been planned in July 2019, so recreational pilots probably don’t have long to wait.

Does the LAANC cover all airports and aircraft facilities?

The FAA currently has a list of over 600 airports that are covered by the LAANC, which you can check out here. Unfortunately, not all airports in the country are included in the list. It appears that the FAA has prioritized bigger airports for the initial implementation of the LAANC, which is a move that makes sense. If there’s an airport near you that’s not included in the list, chances are that it’s a pretty small airport. The good news is that the FAA continuously adds to the list – the last update was only done about two months ago.

The FAA has released a disclaimer that the LAANC is still considered as still operating in beta phase. This means that testing of the platform is still being done. Under the discretion of the FAA, some of the airports included in the current list can also be removed. We recommend checking the list periodically, and especially right before going off on a major drone flight mission.

How do I get approval to fly drones in areas not covered by LAANC?

If the airport nearby to where you’re planning to fly your drone is not yet included in the LAANC list, you’ll have request permission through a more old-fashioned method: via the FAA DroneZone portal. If you are a commercial drone pilot, what you will be requesting is basically a Part 107 waiver for flight in controlled airspace.

As we have described in our article on how to apply a Part 107 waiver, getting your waiver request approved can be a very long and process. You’ll need to provide a descriptive title for your planned activity, specify who the pilot in command will be, and describe the anticipated risks of your operations and how you plan to mitigate them. There are no hard and fast rules to the level of detail you could include in your waiver application. We recommend going over the FAA’s guide questions for best results.

The biggest disadvantage of applying for airspace authorization via the DroneZone website is that it could take up to 90 days for your application to be approved. During this period, the FAA may get in touch with you if they need to clarify some of the details in your application. However, the 90-day period is not guaranteed. We have heard of drone pilots getting their applications approved up to 5 months after filing.

You might be able to hasten the approval process by crafting a really detailed application, but approval is far from “instant.” This can be problematic for commercial drone pilots who will need a huge lead time before they can execute a planned paid drone gig.

The LAANC was welcomed in open arms when it was first launched by the FAA. By greatly shortening the approval process for flying in controlled airspace, LAANC was a great help for commercial drone operators who did not have the luxury of several weeks to pull off paid drone gigs.

With around a million drones already registered and a continuously increasing trend, hardly anyone can argue that some oversight by the FAA has already become necessary. Restrictions are hardly even welcomed, naturally. However, we are glad to see that the FAA is going the smart route by leveraging modern technology to make it easier for drone pilots to comply with flight restrictions.

Right now, recreational pilots are still excluded from the LAANC system. The FAA has promised to include them under the LAANC approval process, though, and this feature should be coming up in a matter of days or weeks. At the end of the day, airspace safety is a responsibility that we all share.