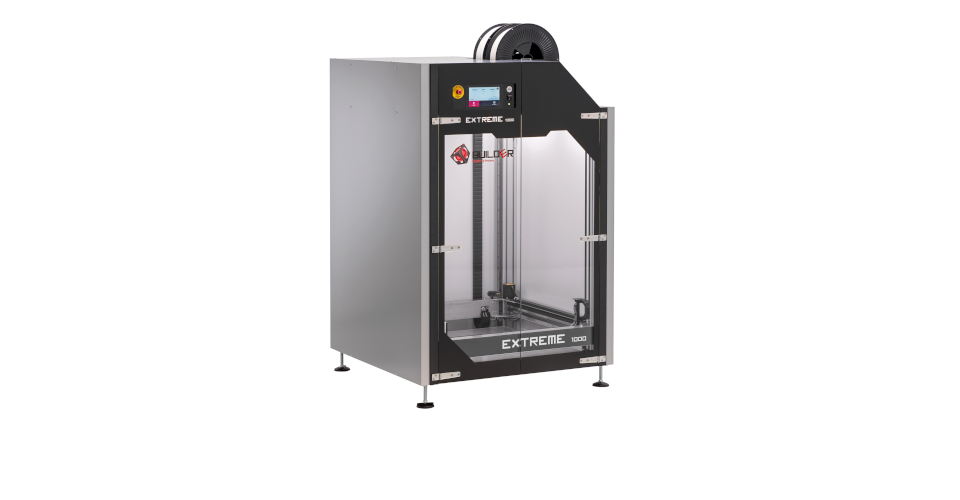 by Joseph Flynt
Posted on June 3, 2021
15 Shares
3D Insider is ad supported and earns money from clicks, commissions from sales, and other ways.

When one thinks of 3D printing, the usual vision that comes to mind is a small machine that can sit comfortably on top of a workshop desk. However, there are also much larger alternatives.

Large-scale 3D printers have been used to create large-format signage, interior design pieces, furniture, and even spacecraft parts. The technologies that large-scale 3D printers also vary based on the products they are intended for. More importantly, large-format 3D printing has the potential to provide alternatives to traditional manufacturing and assembly methods.

How large is a large-format 3D printer? 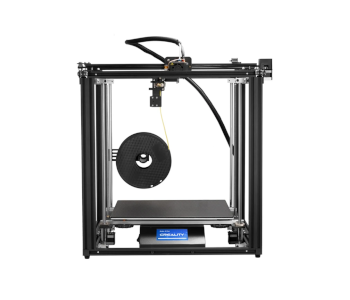 We admittedly will have to accept a liberal definition of what makes a large-format 3D printer really large. There is a wide range of different sizes and technologies out there of 3D printers considered part of this category.

In the sub-$5000 range, there are large 3D printers from popular brands like Creality and Vivedino. The build volume of these printers can reach 600 x 600 x 600 millimeters. These aren’t exceptionally large compared to industrial-scale 3D printers but are still significantly larger than most other 3D printers.

Large-format 3D printers in the sub-$5000 range straddle the line between industrial users and prosumers. They might still be affordable for businesses but can only really be justified by stable and high-volume demand for products.

Further up the size spectrum are 3D printers that can reach the 1000-millimeter scale in build volume. These typically already cost more than $10,000 and are about the height of a person. These are mostly used in industrial applications for in-house prototyping. If a company ever needs a prototype of a uniquely designed chair, this is the kind of 3D printer they can consider.

We can go a step further and look at printers that can 3D print the body of an entire car. These 3D printers are up to 3 or 4 meters long and cost in the neighborhood of $40,000 to $50,000. These are specially designed fit-to-purpose equipment used by laboratories or big names in the construction and manufacturing spaces. Some of these printers also use other 3D printing technologies aside from filament extrusion.

Considering how many large-format 3D printers have been created, there is clearly a demand and an opportunity for the technology.

Aside from being really large, what are the other benefits of using a large-format 3D printer? Obviously, they are uniquely capable of creating large parts. However, there are also some mechanical advantages of 3D printing in large format.

Without a large-format 3D printer, someone working on a huge model has no choice but to split them into smaller parts and put them together during post-processing. While this has worked well in many cases, the seams and joints become natural points of weakness. A large model printed as a single piece has much better mechanical and structural integrity. It also eliminates the time and work-intensive step of having to assemble multiple parts together.

3D printing of large parts eliminates many steps in post-processing assembly and tooling. This leads to significantly shorter turnaround times and higher productivity. For this reason, 3D printing of large prototypes has been greatly beneficial in product development. Large-format 3D printing also allows for batch production of smaller parts.

In many industries, 3D printing has been adopted as an alternative to more traditional tool-based methods such as milling, lathing, casting, or molding. The advantage of a 3D printer is that it can create products without the initial cost of tooling. This makes it more appropriate for producing limited-run products or even one-off prototypes. It is also significantly easier to integrate into any existing workflow.

Compared to traditional manufacturing methods, 3D printing provides better design freedom because of how easily it can recreate complex geometries. Large-format 3D printers still benefit from this advantage. Prototypes with internal features can be reproduced as a single piece with 3D printing, making them far more reliable and easier to manufacture.

While there are too many large-scale 3D printers to list down, we are highlighting three specific models coming from different market segments. 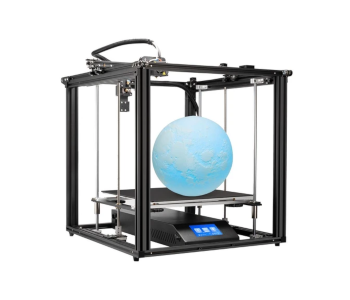 Compared to the other entries in this list, the Creality Ender 5 Plus is the smallest and cheapest. With a build volume of 300 x 300 x 450 millimeters, the Ender 5 Plus is significantly larger than your usual desktop 3D printer but is still small enough to fit in a home workshop. It is also not absurdly expensive at only a bit above $500.

The Ender 5 Plus has a bunch of fancy features on top of its large build volume. It comes with a heated bed, a tempered glass build plate, a filament runout sensor, dual Z-axis rails, and an auto bed leveling function. It’s certainly high-end as far as desktop 3D printers go, although having an enclosure would have been nicer.

The Ender 5 Plus is an excellent option for those who just want a large 3D printer without having to spend a lot or deal with industrial-grade models. It does require a lot of assembly but offers lots of quality of life features once everything has been put together. 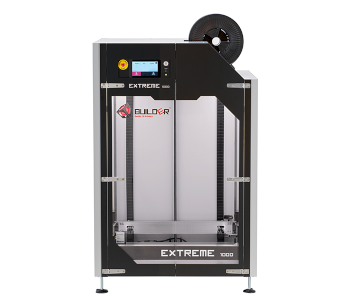 The Extreme 1000 Pro is one of the smaller 3D printer options from the Builder brand. At about $20,000, it is a significant step-up from the more casual 3D printers but still not as expensive as the industrial-grade models.

This 3D printer comes fully enclosed and has a maximum build volume of 700 x 700 x 820 millimeters. It uses traditional FDM technology with a dual feed system. The frame of the 3D printer as well as the build plate is made of aluminum.

Quite disappointingly, the Extreme 1000 Pro is recommended only for PLA, PLA-derivative, PVA, and flexible filaments. This is likely due to the heated bed only reaching a maximum temperature of about 60 C. This limitation highlights the potentially major challenge of printing with warping-prone filament on a large-format 3D printer.

The Big Area Additive Manufacturing (BAAM) facility of the Oak Ridge National Laboratory (ORNL) and Cincinnati Incorporated (CI) has been at the forefront of large-format 3D printing research in the last couple of years.

The project gained a lot of media mileage back in 2017 when it was used to print an entire submarine hull. In 2018, they achieved another feat by 3D printing the body of an eight-passenger self-driving car.

More recently, the team behind the large-scale 3D printer has been reported to have come up with a modified version of the BAAM that can print using recycled composite materials. The demonstration for this new innovation was a 3D printed casting tool for a window panel designed for high-rise buildings. It was printed using two composite materials – 100% recycled carbon fiber and ABS with an ABS syntactic foam.

The BAAM represents the ultimate frontier of large-format 3D printing. It’s more than just a single piece of equipment. At its size, it has become an entire facility that happens to use 3D printing technology. The fact that it is being used for research rather than commercial production also gives us optimism that the possibilities of large-scale 3D printing still has lots of room for growth.

Within the commercial space, we have already seen custom furniture such as fancy chairs being made using large-scale 3D printers. 3D printing services have also been used heavily in advertising whether it’s for super-sized figures for exhibitions or signages.

For more industrial applications, we only have to look into the automotive and aircraft manufacturing industries. More advanced large-scale 3D printers that can work with metal or sand have been used to manufacture turbine blades, aircraft fuselage, and satellite fuel tanks.

Casual users of 3D printers may not be very interested in large-format 3D printing but it’s still a technology that makes for compelling discussion. It’s curious to see how 3D printers that are more than ten times the size of desktop 3D printers still use the same filament-based technique.