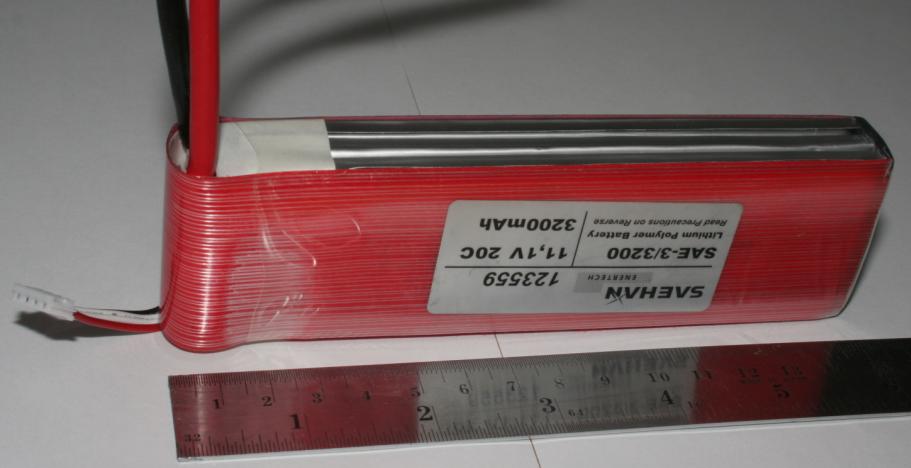 by Joseph Flynt
Posted on November 4, 2017
11 Shares
3D Insider is ad supported and earns money from clicks and other ways.
DJI has just released the Mavic Air 2. See all of the specs here.

What are Li-Po batteries and why are they so popular?

Lithium polymer batteries, referred to in shorthand as “Li-Po” batteries, refer to a type of rechargeable battery that uses a polymer electrolyte. This contrasts with the other famous battery types that use a primarily liquid electrolyte, such as nickel-cadmium (Ni-Cd) and lithium-ion (Li-ion) batteries. Li-Po batteries have recently seen wide use in applications where lightweight and high-output batteries were desired, such as in drones and RC cars. But what makes the Li-Po battery so special?

A battery typically contains three (3) crucial parts: an anode, a cathode, and an electrolyte thru which charged particles can travel. It is thru the chemical reactions occurring in both the cathode and the anode, and the movement of charged particles that a battery can store and generate electricity. The traditional cylindrical batteries, such as Ni-Cd, have anode and cathode plates that are layered alternately in a “jelly roll” orientation and separated by a porous layer that contains the electrolyte. This type of battery construction Is considered classical and is already a huge improvement in terms of energy density, allowing for smaller and lighter batteries compared to their predecessors.

The Li-Po batteries improve further on the “jelly roll” battery design. The main component of the Li-Po batteries, as the name implies, is the lithium polymer, which is a very thin and long semi-porous medium. Laminated into this film in an alternate pattern are the anode and cathode layers, commonly aluminum and copper. This long film is folded accordion style, resulting in alternating layers of cathode and anode, with the continuous layer of semi-porous lithium polymer sandwich between them all throughout. This folded matrix is then saturated with a solvent-based organic electrolyte, before it is enveloped in a soft plastic pouch and encased into the battery container. Before the final sealing of the pouch, pressure is applied to the folded matrix to ensure maximum contact between the alternating layers and to remove any excess air.

Due to the very thin polymer and the accordion style folding, a small Li-Po battery can contain a very long polymer film. To illustrate this fact, a 5000mAh Li-Po battery, which is slightly less than half an inch in thickness, can contain a film over 7 feet in length. This battery construction results in a highly compact, high energy density battery. Moreover, the absence of metallic plates in the construction of the battery also means that Li-Po batteries are significantly lighter than their more traditional counterparts.

Safety precautions in the handling and storage of Li-Po batteries

Warning: Lipo batteries can be dangerous and can cause fires or explode. Excercise extreme caution when purchasing, using, and storing chargers, storage cases, and batteries of all types. Follow the manufacturer’s recommendations and never leave a charging battery unattended.

Caveats in the use of Li-Po batteries

Li-Po batteries are not the be-all, end-all solution to the need for a lightweight and high capacity power source, as evident by the still wide use of traditional Ni-Cd, Li-ion, or even acid batteries. In addition to its inherent hazards and the breadth of precautions you need to take, Li-Po batteries are still significantly more costly to manufacture than their older counterparts.

As outlined above, measures can be made to avoid loss of the capacity of your Li-Po batteries. However, typical Li-Po batteries do not last longer than 300 cycles. To increase lifespan of your battery, do not store them in an overcharged or undercharged state, and always store them in room temperature. It is critical that you do not allow the batteries to run until they are dead. Overcharging, or “trickle charging” the batteries, aside from decreasing the lifespan of your battery, may also lead to your battery catching fire.