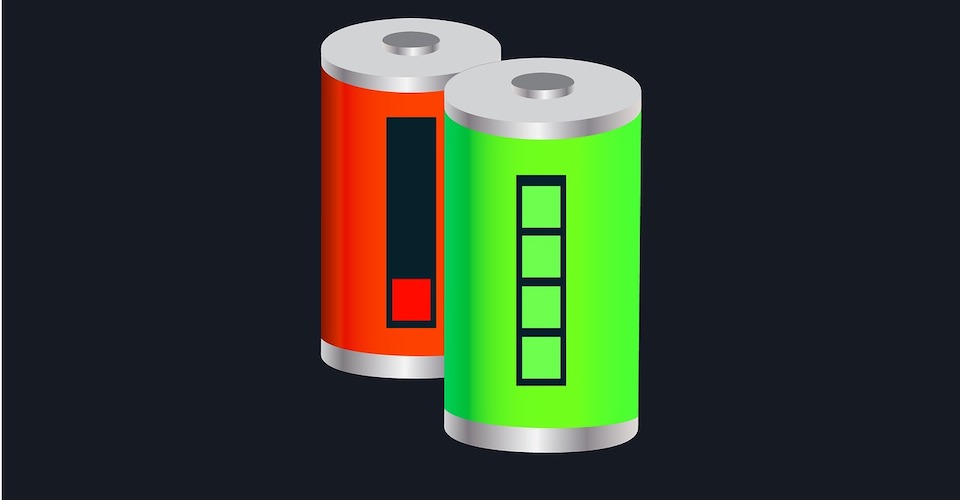 What to Do When Your LiPo Batteries Swell

by Joseph Flynt
Posted on February 4, 2019
17 Shares
3D Insider is ad supported and earns money from clicks and other ways.
DJI has just released the Mavic Air 2. See all of the specs here.

Swelling or puffing of batteries is nothing new. If you’ve ever held on to a laptop or mobile device for two or three years, then you have probably observed how the battery tends to puff up after some time. LiPo batteries, the preferred battery types for drones, are not immune from swelling or puffing. What should you do when your LiPo battery starts to swell up? Is there any way that it can still be saved? Read on to find out.

Is a swollen battery dangerous?

Simply put, yes. It is generally not recommended to continue using a swollen LiPo battery, although it is still possible to use on for a few more times until you get a replacement (this is extremely risky and should be avoided). Special care must be taken when charging a swollen LiPo battery. In fact, you should not try to charge them. If you must, have it charged away from flammable materials or in a fire-proof container. A swollen LiPo battery is also particularly sensitive to mechanical failure of the casing, so avoid having sort of impact come into it.

Never leave charging batteries unattended. Never overcharge them. Only use official chargers and do not assume fireproof containers are foolproof.

You should be looking for a replacement as soon as your battery starts to show some swelling. It will only get worse over time, and you can only push your luck so much.

What causes a LiPo battery to swell?

To understand why a LiPo battery (or any other battery, for that matter) swells, we need to understand how its individual components interact to make the battery work. All batteries are made with three basic components: a negative end, a positive end, and an electrolyte solution. Batteries conduct electricity via the migration of ions from the positive end to the negative end and vice-versa. These ions can travel through the electrolyte solution.

LiPo batteries are distinct from the old-fashioned lithium ion batteries due to their use of a solid polymer electrolyte. Through this solid electrolyte, lithium ions can move between the two terminals of a LiPo battery. A LiPo battery also has polymer separator that keeps the positive and negative terminals from coming into contact with each other.

Batteries swell because of the phenomenon of electrolyte decomposition. As its name implies, this is the process where the electrolyte solution decomposes into its individual components. For most cases, these components include oxygen. In the case of LiPo batteries, the polymeric nature of the electrolyte means that they also tend to produce carbon dioxide (CO2) and carbon monoxide (CO) when they decompose. The production of these gases is what causes the case of the LiPo battery to expand and swell.

There have been a lot of instances of LiPo batteries catching fire while they are plugged in. The chances of a LiPo battery charging fire is even higher once electrolytic decomposition has kicked in, as the oxygen-rich gases are very flammable.

One thing to remember about battery swelling is that it cannot be avoided. Electrolyte decomposition is a naturally occurring process, albeit it should be a slow one. However, improper maintenance of the battery can accelerate the decomposition process.

What should I do with a swollen LiPo battery?

Before disposal, it is considered good practice to discharge the swollen LiPo battery completely. This decreases the chances that the LiPo battery will not cause a fire, should its terminals somehow accidentally get connected and form a circuit.

In the past, some battery manufacturers recommended submerging the LiPo batteries in saltwater as a means of discharging them. This method has become heavily contested, as many users have argued that not only was it ineffective, but it was also dangerous. Discharging a battery in saltwater is a very slow process that can take several days to a few weeks. During this time, the saltwater can corrode the aluminum terminals of a LiPo battery, resulting in electrolyte solution leaking out to the water. This is bad news, since battery acids are typically very reactive and toxic.

A safer method to discharge a LiPo battery is by hooking up its terminals to any device that can act as an electrical load, such as a lightbulb or a resistor with high resistivity rating. If you decide to use a lightbulb, a 20W halogen bulb should allow you to discharge the battery pretty quickly. You can even hook up several bulbs in parallel to speed up the discharging process. You will know when the battery has been completely discharged as soon as the bulb no longer lights up.

Once the LiPo battery has been discharged, you can bring it to the nearest battery recycling facility. You can check online for a battery recycling facility near you. If you can’t find one, you can try asking big electronics retailers such as Target or Staples if they provide this service. Most waste facilities can also accept hazardous wastes such as spent batteries. Whatever you do, do not dispose batteries along with your normal rubbish.

Tips to avoid swelling on your LiPo batteries

As we have mentioned, battery swelling due to electrolytic decomposition is a natural phenomenon. LiPo batteries are especially prone to swelling because of their polymer laminate case that replaces the rigid metal cases of older lithium ion batteries. Although this keeps LiPo batteries light and compact, it also does not provide much mechanical rigidity and strength.

If you want to make your LiPo battery last and delay the onset of battery swelling, then here are our best tips:

If the official charger that comes with your battery or device originally costs $50, then don’t use a cheap $5 charger. These chargers may not be rated for the voltage requirements of your device, which can result in over-charging if you’re not careful.

This advice applies to all kinds of rechargeable batteries, whether it’s for your drone, laptop, or mobile phone. It is never a good idea to leave the device plugged in when it has already been charged to full capacity. LiPo batteries are typically known to overheat quickly when they remain plugged in, and this can greatly accelerate electrolytic decomposition.

On the flip side, it is also not recommended to discharge a LiPo battery until it is empty. LiPo batteries are usually designed with a cut-off voltage that protects its circuit from being completely cut off. If your LiPo batteries gets drained to its lowest level, it is a good idea to plug it in right away before it discharges even further.

One obvious sign that a battery is starting to deteriorate is its reduced capacity. If you find that a battery that used to be able to last up to 25 minutes of drone flight can now only last for about 15 minutes, then maybe it’s time stop relying on that battery. In fact, some battery manufacturers recommend that you replace a battery when it can only hold 80% of its original capacity. Replacing your battery with a new one not only gives you the best performance possible, but it also eliminates the risk of using a battery that can fail at any given time.

As mentioned, the flexible polymer laminate case of LiPo batteries help keep them light. However, it offers no physical protection against drops and other impacts. Even a small puncture on the case of a LiPo battery can cause the electrolyte solution to leak out. If you find that your LiPo battery has been physically compromised, then you should stop using that battery. The acidic nature of the electrolytic solution means that they will corrode your electronics. Leaking gases are also easily flammable.

5. Don’t store in a hot location

Electrolytic decomposition may be a natural process but keeping your LiPo batteries cool can significantly slow it down. The opposite is also true: allowing your LiPo battery to experience high temperatures will speed up the decomposition process. This means not leaving them plugged in when they are already fully charged, and not leaving them out under the scorching sun.

LiPo batteries naturally heat up when they are used or charged, so you need to give the batteries time to cool down before using or storing them.

LiPo battery technology has allowed manufacturers to provide a lot of power in such a lightweight and compact package. However, the high power density of LiPo batteries comes at a price. They are prone to mechanical damage, catching fire, and premature battery swelling. Caring for your LiPo battery takes a little more care than your typical lithium-ion battery. They should be kept cool, stored in partially charged state, and protected from physical damage.

Once your LiPo battery swells, the best advice is to stop using it as soon as possible. You will also need to replace it soon, as a swollen LiPo battery probably cannot hold much of a charge. Remember to follow proper battery disposal practices once you decide to discard your spent LiPo battery.