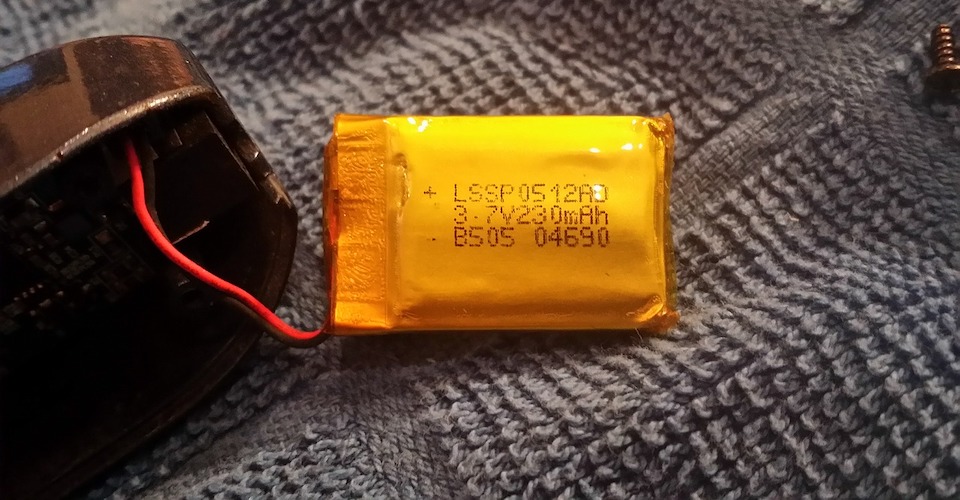 What is the Lifespan of a LiPo Battery? How Long They Last

by Joseph Flynt
Posted on February 6, 2019
25 Shares
3D Insider is ad supported and earns money from clicks, commissions from sales, and other ways.

Please follow the manufacturer’s recommendations when it comes to batteries. Store them in a safe place and never charge them unattended. Also, be careful not to overcharge batteries or use 3rd party chargers. Batteries can cause housefires and must be carefully managed. Also, choose batteries that have been tested by 3rd parties for safer results.

How long can I expect my LiPo battery to last?

Most LiPo batteries are not rated to last longer than 300 charge cycles. A whole charge cycle in this context is defined as a full battery being drained to empty and charged to full capacity again. However, measuring a LiPo battery’s lifespan may not be practical, as batteries go through varying depths of discharge when they are used.

Many manufacturers have stated that their LiPo batteries will last 2 or 3 years. This is a somewhat realistic approximation for a scenario where a battery is regularly used and charged around 2 or 3 times a week. However, battery replacement based on a date stamp might not apply to all scenarios, as it does not take into account the level of usage.

In any case, a LiPo battery is considered to start “aging” the first day that it is activated. This is applicable whether the battery is under regular use or is stored for a more extended period. How a LiPo battery’s performance deteriorates during storage is determined by its storage conditions, as we shall cover in more detail later.

In conclusion, a realistic approximation of a LiPo battery’s lifespan should consider both its number of charge cycles and its age. In any case, a LiPo battery is deemed to be past its useful lifespan when its capacity has declined to about 80% of its original capacity.

What happens when a LiPo battery is past its lifespan?

Fortunately, a LiPo battery does not necessarily undergo catastrophic failure when it is past its lifespan. As mentioned, a LiPo battery that can only hold 80% of its original capacity is considered past its prime. This is an irreversible process, so this battery will just continue to deteriorate until it can no longer hold a charge.

Realistically speaking, an old LiPo battery will probably show signs of swelling or puffing as it nears its expiration point. Swelling of LiPo batteries happens due to the gas generated by the decomposition of the battery’s electrolytic solution. Aside from having significantly reduced performance, a swollen LiPo battery also has a much higher chance of catching fire when it overheats. Thus, you probably will not want to wait until a LiPo battery can no longer hold a charge – it becomes dangerous to continue using it before it reaches this point.

What causes a LiPo battery to age?

For most of us, batteries deteriorating over time is just a reality that we have come to accept. What causes LiPo batteries – or any other battery, for that matter – to deteriorate anyway? To better understand this phenomenon, we need to know how the different components of a battery interact to make the battery work.

A battery has three main components: a positive end (cathode), a negative end (anode), and an electrolytic solution. Between the cathode and anode is a polymeric separator which ensures that they do not come into contact and cause a short circuit. The electrolytic solution allows ions to transfer from the cathode to the anode, and vice versa. Charging the battery forces ions to move from the cathode to the anode. Using the battery reverses this flow.

However, this process of ion exchange is not perfect. For instance, while lithium ions migrate from the anode to the cathode while the battery is being used, some of the lithium ions become permanently lodged to the anode. This thin film made of lithium, called a solid electrolyte interface (SEI), continues to grow with more battery cycles. A similar restrictive layer, called electrolyte oxidation, forms on the cathode.

Another process that contributes to the deterioration of a LiPo battery is the phenomenon of electrolytic decomposition. LiPo batteries use an electrolytic solution composed of a lithium polymer that is more gel-like in texture, in contrast to the liquid electrolyte solution used in lithium-ion batteries. In any case, these electrolyte solutions naturally tend to decompose over time, producing gases such as oxygen, carbon dioxide, and carbon monoxide. Gas production explains the swelling or puffing that many batteries typically experience when they get old or are poorly handled.

Tips on extending the lifespan of your LiPo battery

Although LiPo batteries will inevitably deteriorate to a point where they can no longer be used, there are a couple of things that you can do to delay their expiration. The following are some of the best practices for the handling, charging, and storage of LiPo batteries that can prolong their lifespan.

1. Store in a cool place

A LiPo battery continues to age and deteriorate even while it is kept in storage. However, the deterioration process becomes accelerated when the battery is kept in high temperatures. A study showed that the capacity of a LiPo battery kept at 60 degrees C for 3 months has declined to only about 75% of its original capacity. Another battery held for a similar period at 25 degrees C also deteriorated but to a much less degree: it was able to retain 96% of its original capacity. It is even possible to store LiPo batteries in near-freezing temperatures, and this has been shown to preserve its capacity better.

In a study comparing how batteries stored at different capacities behaved in terms of deterioration, it was shown that storing at around 40% capacity only resulted in about 4% capacity loss after 1 year of storage. Another battery stored in similar conditions but was fully-charged deteriorated by as much as 20%. At its fully charged state, the accumulation of ions in the anode leads to the faster accumulation of the restrictive SEI layer.

On the flip side, storing a battery that is completely drained runs the risk of the battery’s protective circuit failing. This means that a battery that goes into a “deep discharge” state might not be able to hold a charge at all.

As a rule of thumb, it is best to store LiPo batteries at 3.6 V to 3.8 V. This is applicable for standard LiPo batteries that hold 4.2 V per cell when fully charged. Charging a LiPo battery to full capacity should be fine as long as you use or discharge it within 2 or 3 days.

3. Do not over-charge or over-discharge

Another big no-no for LiPo batteries is leaving them plugged in even when they are already fully charged. This will lead to “trickle charging,” or the process where the battery recharges with the smallest drop in battery voltage. Aside from accelerating the deterioration of the battery, leaving it plugged in also tends to result in overheating. As we have mentioned, heat is a major weakness of LiPo batteries.

It is also not a good idea to use a LiPo battery until it is completely empty. For a 4.2V LiPo battery, discharging to 3.0 V is discouraged. By letting a battery go into “deep discharge”, you are allowing some of the anode material to dissolve into the electrolyte solution. Typically, batteries have built-in voltage thresholds that prevent it from going into deep discharge. However, a drained battery that is stored for a long time will continue to discharge and can go below the threshold voltage value.

4. Use only official chargers

If you stumble upon a deal that offers $5 chargers for your LiPo battery, chances are you’ll end up spending more on replacing those batteries soon. Cheap chargers may not be rated for your specific battery model which may result in overcharging or overheating your LiPo battery.

If you care about keeping your LiPo batteries safe and functional, then you need to invest in a high-quality balancing charger.

Although the development of LiPo batteries have revolutionized the drone and RC vehicle industry, these batteries can still be fragile and finicky devices that require a lot of care. Like any other battery, a LiPo battery will tend to deteriorate over time based on how old it is or how heavily it is being used. Although this is an inevitable process, specific measures can be taken to prolong the useful life of a LiPo battery.

Similar to other batteries, a LiPo battery should not be over-charged or over-discharged. Moreover, it needs to be stored in a partially charged state and in a cool place. It should also only be charged with official chargers or high-quality alternatives. With proper battery care, various deleterious processes such as SEI formation and electrolyte decomposition can be slowed down.