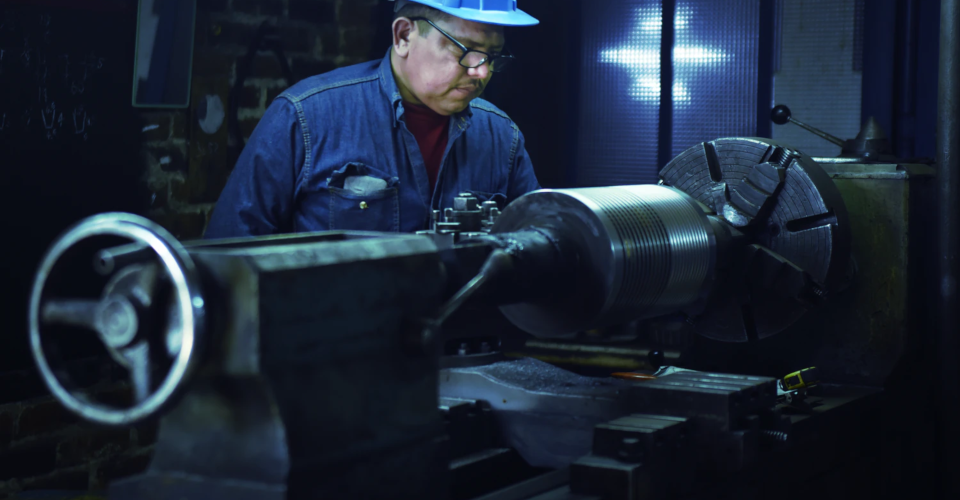 What is Machine Turning?

by Joseph Flynt
Posted on June 25, 2021
8 Shares
3D Insider is ad supported and earns money from clicks, commissions from sales, and other ways.

Machining refers to a wide array of techniques used for subtractive manufacturing. This involves the use of cutting tools to remove excess material from a workpiece to create the desired part.

Turning is one of the most basic machining processes. Mostly used for metalworking, turning is used in almost every part or component with a cylindrical design. The method is fairly simple but can produce versatile parts using different cutting tools. How exactly does turning work and what are the considerations when designing a part for turning? 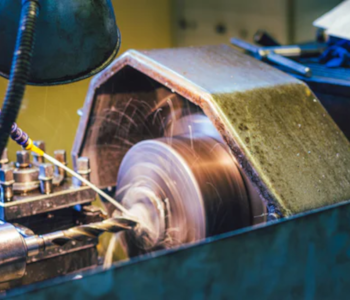 Turning is the process of creating cylindrical parts by cutting away material from a rotating workpiece. Along with boring, turning is one of the two fundamental subprocesses under lathing.

Turning can be done on any rigid material including metals, wood, or plastic. Most turning operations are done on automatic lathes with CNC technology, although manual machine turning is still also practiced.

The technical term for the cuttings made from turning is swarf but can also be called chips or turnings.

A cylindrical workpiece can be turned to have different features simply by changing the cutting tool used and its path of motion. Some of the more complex operations are best done using a CNC-programmed lathe.

The namesake of the process, turning involves simply introducing a single-point cutting tool into a rotating workpiece axially. The cutting tool can then move in different directions according to the desired part. Turning can be done to make tapered or chamfered ends or discrete steps. The ideal turning process removes only a very small amount of material per turn, making several passes necessary.

In contrast to turning, facing involves moving a single-point cutting tool axially along the end of the workpiece all the way to the axis of rotation. The result is a new terminal surface that should be perfectly smooth and flat. Multiple facing passes can be done if the workpiece needs to be significantly shortened.

Cutting is similar to facing except that it is done along the side of the workpiece. This is done when the piece needs to be split in two or if a large portion of it needs to be removed. Cutting can be done faster by using a tool with a square-shaped cutting edge. However, a single-point cutting tool can also be used for better precision.

Grooving is a process by which grooves are introduced to the side of a workpiece. The process is very similar to cutting except that it does not cut all the way to the axis of rotation. Grooving can be made easier by designing the grooves to be the same width as that of the cutting tool. Custom groove shapes can be made by using special form tools.

Threading is the method for creating threaded connections at the end of a cylindrical workpiece. This requires a special angled cutting tool, typically with a 60-degree edge. Multiple pieces can be done to create deeper or longer threading.

Turning is a fairly simple process and can be approached in several different methods, all resulting in the same workpiece quality. However, there are ways to optimize the turning process to make it less resource-intensive and time-consuming. 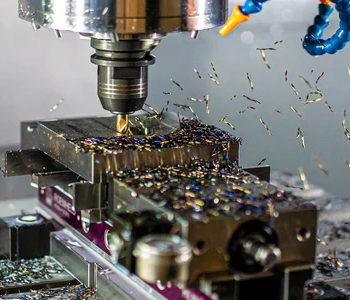 Turning is a technique designed for making high-precision cuts and engravings on a workpiece. It is not the optimal method for bulk removal of material. If your workpiece still has a lot of material that needs to be removed, other subtractive manufacturing techniques like cutting or grinding may be more practical in terms of time and power spent. Reducing the amount of turning needed for a piece also reduces stress on the cutting tools and extends their useful lifetime.

To avoid tool damage, there must be sufficient clearance between the cutting tool and the rotating fixture that holds the workpiece in place. The tool hander must also not come in contact with the workpiece. These measures ensure that both the workpiece and cutting tools are secured in place. On top of being a safety hazard, any unsecured components in machine turning will result in poor quality in the finished product.

To minimize any variation from one finished piece to another, it is best to design feature dimensions as multiples of the standard tool sizes. There is actually a lot of leeway to follow this rule because of how precise and small lathe cutting tools are nowadays.

Minimize the number of different setups

It is possible to use several cutting tools simultaneously on a single workpiece by using a gang or turret assembly. This can save you a lot of time when machine turning a piece with a complex multi-part design.

Either gang or turret assembly can be used, but gang tooling is considered more practical because it is simpler and allows for faster tool changing. However, turrets are more flexible as they have multiple spindles to hold more tools.

Ideally, a workpiece can be done using a single gang assembly of tools. This avoids spending too much time on tool changes. If a piece needs multiple changes, then using a turret instead of a gang can save some time.

Despite being a fairly simple operation, errors and defects are still common in machine turning. However, these defects are easy to address and can be attributed to several possible causes.

The number one reason for a poor finish from turning comes from a workpiece that has not been properly secured. This will cause additional friction and vibration of the piece during turning, as well as a lack of precision in details.

As with any cutting tool, the tools used in turning can get dulled down after repeated use. If a dull cutting tool is not resharpened or replaced, the precision of the cuts will inevitably suffer. The quality of the finished product will progressively deteriorate until the appropriate tooling change has been made. To avoid this problem, it is recommended to do tooling changes at fixed intervals for high-volume machine turning operations.

Maintenance of cutting tools requires stopping the process to swap in replacement tools that are in better shape. The downtime needed to do this can be quite substantial. However, the cost of stopping the operations is easily offset by the quality of the finished products. Using a tool well beyond the point where it needs to be resharpened also causes long-term irreversible damage to the tool.

Using CNC programming with machine turning is an excellent way to speed up the process while ensuring consistent quality. However, there will still be room for errors by way of improper settings such as the spindle speed, feed rate, and cutting depth.

Setting the spindle or feed speed too high can cause the surface of the piece to get burn marks because of excessive friction. In less severe cases, you may end up with surfaces that have visible scratch marks. It is usually best to make multiple passes of small cuts, although this may compromise productivity and turnover time.

Turning is one of the major operations that can be done with a lathe, one of the earliest and most fundamentally valuable equipment in manufacturing. It is a relatively simple process that has been vastly improved via the use of turrets, gang tools, and CNC technology. Despite its simplicity, getting good finished products out of turning will require substantial levels of skill and experience.