by Joseph Flynt
Posted on February 6, 2014
27 Shares
3D Insider is ad supported and earns money from clicks and other ways.

Back in September of last year, Sixense’s MakeVR motion controller was still in its prototype stage, but not any more. Sixense has launched MakeVR on everyone’s favourite crowdfunding website, Kickstarter. It breaks down the barriers to entry with 3D modelling, by letting users sculpt and design with their hands rather than a mouse and keyboard.

MakeVR 3D modelling system is built around two key components. One is an innovative 3D multi-touch interface that replaces the traditional mouse and keyboard inputs for all functions and the second is a  professional-grade CAD engine. The STEM System (the two Razer Hydra controllers) is the input device and up to five remote users can be connected at once. STEM gives users the ability to shape, mold and fabricate 3D models without ever having to touch a keyboard or mouse.

Sixense says, “With two independently tracked hands in MakeVR, you can translate (move), scale, and rotate your environment in the same way you use 2D multi-touch on your smartphone, or tablet – but better. With MakeVR, you can reach out and grab a point in space and use it to drag the entire world around: up, down, left, right, backward, and forward. If you grab two points, you can move your hands closer or further apart to scale the environment up or down and rotate it in any direction: yaw, pitch, and/or roll.”

While MakeVR doesn’t offer the same sort of refinement and detail as professional CAD programs, it does open up 3D modelling to a wider audience. For instance, it’s hard to draw a straight line with MakeVR compared to a program like Autodesk Inventor, but it’s easy to take an already existing object and reshape it. A precision mode is available that lets you access  grids, jigs, snap points, and a variety of other precision tools that allow for semi-accurate positional, translational, and rotational alignment of your objects. The co-op mode is another added bonus, which lets users in multiple different locations work on the same project at the same time. 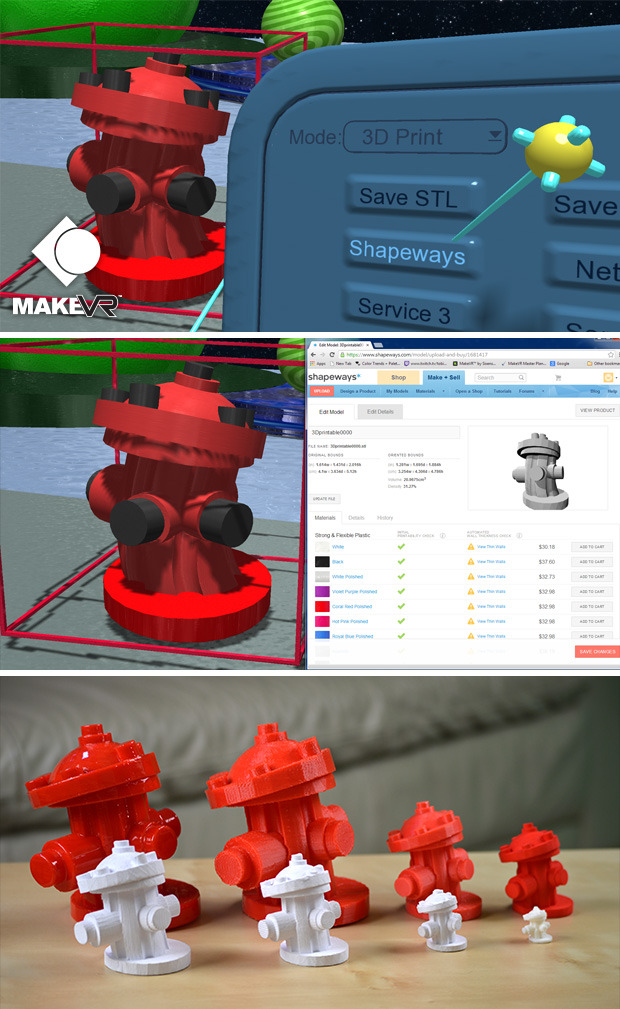 When it comes to print your masterpiece, MakeVR can export your design as a .STL file and send it directly to your printer, without any post-processing required. If you have an account with Shapeways, MakeVR will let you automatically upload your design to Shapeways, where you’ll ee a preview of what you’re about to print and be presented with all the various material, colour, and pricing options. 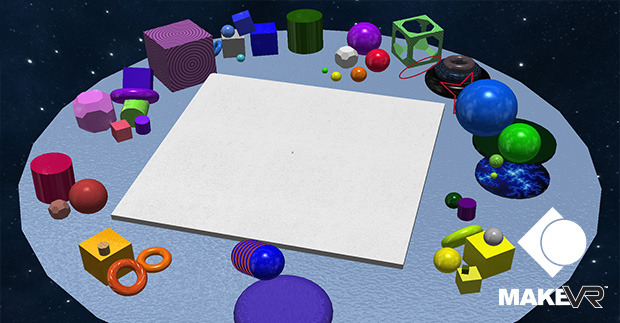 MakeVR comes in a range of different packages on Kickstarter. Early-birds can get the software alone, if they already have the Razer’s Hydra controllers, for $169. Complete packages with the STEM system will set early-birds back $399, while backers late to the party will have to pay $479. Once the Oculus Rift VR headset is released, MakeVR users will be able to combine the two for the ultimate 3D modelling experience.

Sixense is looking for $250,000 in funding and we’re sure they will raise that. You can find out more on Kickstarter.