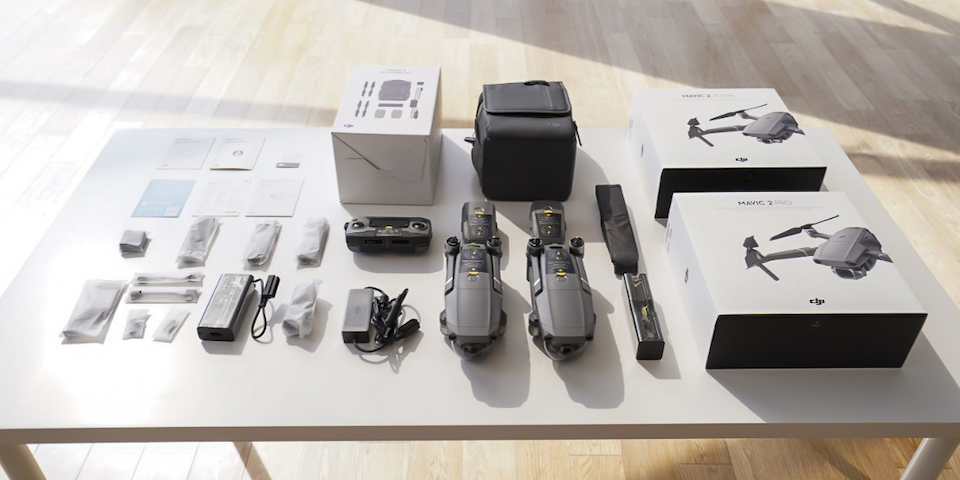 Are the Mavic 2 accessories backwards compatible?

by Joseph Flynt
Posted on September 12, 2018
15 Shares
3D Insider is ad supported and earns money from clicks, commissions from sales, and other ways.
DJI has just released the Mavic Air 2. See all of the specs here.

The Mavic 2 was released by DJI very recently, and it came with all the bells and whistles: modified propellers, a larger battery, an enhanced obstacle avoidance system, and some of the best cameras ever mounted on a drone. Having the best features, the Mavic 2 drones are priced at the very top of the Mavic line of drones. Due to the steep price, more practical drone pilots may consider using the Mavic 2 accessories with their old Mavic Pro or Mavic Pro Platinum. If this is something on your mind, then worry not as we thought of exactly the same thing. Read on to find out the results of our little compatibility test.

The case for backwards compatibility: The Mavic Pro Platinum

Back in 2017, DJI released the Mavic Pro Platinum, just several months removed from the original Mavic Pro. The Mavic Pro Platinum was a very small upgrade from its predecessor: it had a nice platinum finish, an enhanced Electronic Speed Controller (ESC), and improved propellers that were designed to make the drone less vulnerable to drag. Not only was this drone quieter because of the upgrades, but it was also more efficient, squeezing out a longer flight time from the same battery that the Mavic Pro had.

The Mavic Pro Platinum represented the effort of DJI to improve on flight time without having to expand battery capacity. This was a great effort on their part, and showed how resourceful they were in coming up with creative solutions to address the most common problems of drone pilots.

The case against: The size of the Mavic 2

When the Mavic 2 drones were announced, we were excited to confirm if the accessories that it came with were compatible with the older Mavic drones. After all, the Mavic 2 boasted of propellers that further enhanced on the design of the Mavic Pro Platinum, as well as a battery with a slightly higher capacity.

Why the lack of backwards compatibility?

We will not pretend to know exactly why DJI does what they do, but we can make a few reasonable assumptions. On the case of the battery, it is a fact that that the Mavic 2 comes with much more features than its predecessors. Probably one of the most important of these new features is the upgraded obstacles avoidance system which is supported by omnidirectional visual sensors. These additional features will require not only battery support but will take up more space in the drone. It is perhaps for these reasons that the Mavic 2 had to be slightly bigger than its counterparts, and the reason why its battery ended up being modified, as well.

As for the propellers, we will just chalk it up to the new propellers being specifically designed for the Mavic 2. Take note that the Mavic 2 is not only bigger than the Mavic Pro, but it is also significantly heavier. From an aerodynamics standpoint, the Mavic 2 and the Mavic Pro are so different that there is no chance that DJI can design propellers that can be used by both.

Then of course, there is the concept of planned obsolescence. The Mavic 2 is officially the 2nd generation of the Mavic drone family, so DJI is probably sticking to an “out with the old, in with the new” principle. Not that the Mavic Pro is severely outdated – it is still one of the best drones you can buy at its price range – but the Mavic 2 technology has improved so much it cannot afford to be held back by providing backwards compatibility.

At this point, it is either you stick with your Mavic Pro or upgrade to the Mavic 2 (you can also get the cheaper and more portable Mavic Air). There is pretty much zero compatibility between the 2 models. The Mavic 2 has evolved and improved so much that it has to leave its older brother behind.

If you are using your drone professionally and if you can afford it, then we strongly recommend that you get the Mavic 2. There is no drone out in the market today that combines the excellent features found in the Mavic 2 with its size and portability. Just remember that it is going to be a full upgrade. You are going to need to buy new spare batteries, new spare propellers, and even a new battery charging hub. It will be prudent to factor all these new accessories into the budget you will need before you go ahead and make the decision to buy the Mavic 2.

If you do decide to get a Mavic 2, then what are you going to do with your old Mavic Pro? Many drone pilots have decided to sell their old Mavic Pro and its accessories as soon as they got their new Mavic 2. If you do not need the extra drone, then this may be a good strategy to save up on cash.

If the Mavic 2 and its accessories are outside your budget, then don’t feel bad. The Mavic Pro and the Mavic Air are still some of the best drones in the market, even until now. Their cameras are excellent, and the flight experience leaves nothing to be desired. The Mavic Air specially gives you the best bang for your buck, although it has a slightly shorter range and shorter flight time.