by Joseph Flynt
Posted on October 29, 2018
21 Shares
3D Insider is ad supported and earns money from clicks and other ways.
DJI has just released the Mavic Air 2. See all of the specs here.

When the Mavic Pro was released in 2016, it set the bar for what an ultra-portable travel-friendly drone can do. The Mavic Pro kicked off an intense competition between drone manufacturers who came out with their own versions of a high-end drone with a foldable arms design. Of course, DJI did not end up sitting out this competition – since the release of the Mavic Pro, DJI has continued to release several Mavic upgrades and variants.

With a grand total of 5 drones released so far, DJI’s lineup of the Mavic series has come to include some of the most popular drone models out today. This includes the Mavic Pro, the Mavic Air, and the Mavic 2. In this article, we rank all the Mavic drones in different parameters and determine which one stands out – if you’re a prospective buyer, then this is the best guide you’ll ever need. 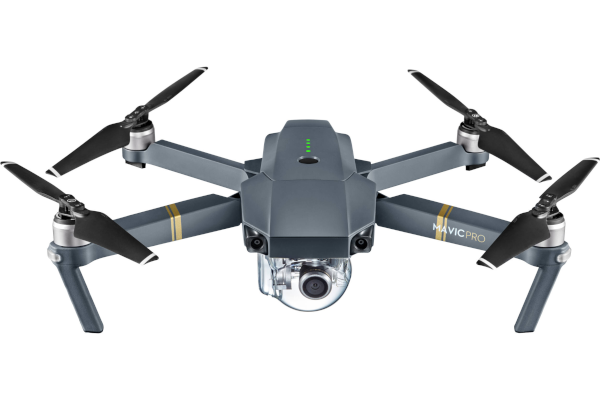 Being ultra-portable has been one of the trademarks of the Mavic drones. The foldable arms design of the original Mavic Pro has since been imbibed by many other drone brands, but few have been able to match the size and weight combination of the DJI series.

In terms of both size and weight, the Mavic Air is the clear winner. Designed as a cross between the Mavic Pro and the Spark, the Mavic Air comes in at less than half the weight of the Mavic 2 drones. 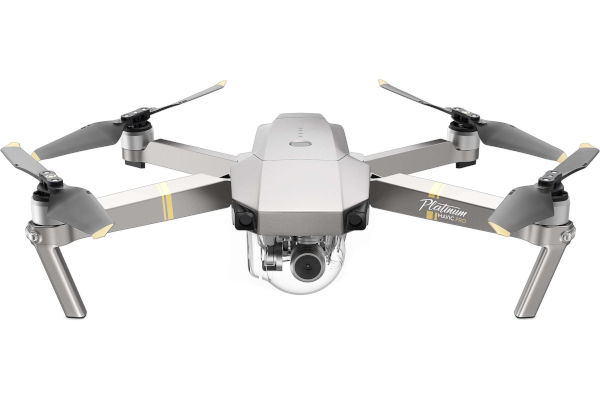 Another selling point of the Mavic series is the fact the DJI was able to equip them with such high-quality cameras despite their small sizes.

Looking at the camera specs, it is very clear that the Mavic 2 drones belong in a higher class compared to all the older Mavic models. In particular, the Mavic 2 Pro with its 20MP Hasselblad camera and a much wider ISO range deserves to be discussed with the likes of the Phantom 4 Pro as a professional-grade photography drone.

We decided to give the Mavic 2 Pro a very slight edge over the Mavic 2 Zoom, which is also interesting but might not have the same level of professional appeal. The Mavic 2 Zoom sets itself apart with an optical zoom lens which opens up a lot of possibilities in capturing stills and videos.

The camera specs of the original Mavic Pro and the Mavic Pro Platinum did not age well, especially when placed side by side with the Mavic Air. They essentially have the same camera, but the Mavic Air has enhanced slow motion video capabilities. 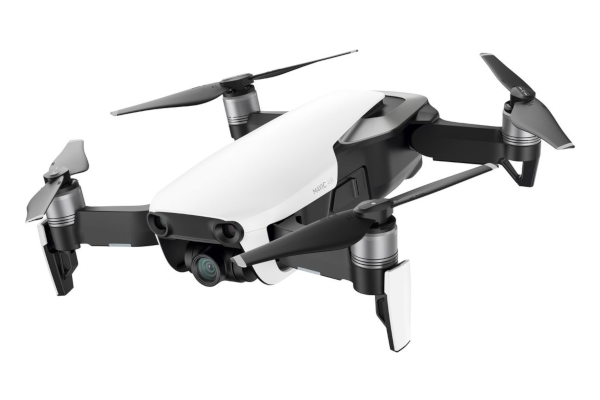 All Mavic drones have 3-axis stabilization, but slightly differ in their movement ranges.

We have to give the edge to the Mavic 2 drones in terms of gimbal range for having a true panning function. The Mavic Air was capable of some panning but seemed to have given up a little on its pitch range, landing it at around the same ranking as the older Mavic Pro versions. The gimbal of the Mavic 2 drones also appeared to have a more rugged design, which hopefully will translate to them being less prone to damage. 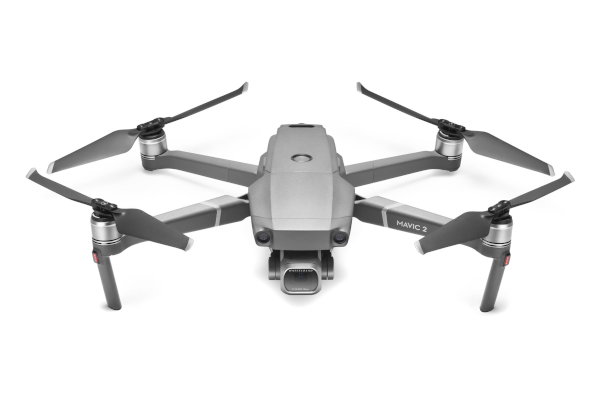 The Mavic Air pales in comparison to all the other Mavic drones in this department. The much smaller battery capacity is the price that the Mavic Air had to pay for its smaller and lighter build. 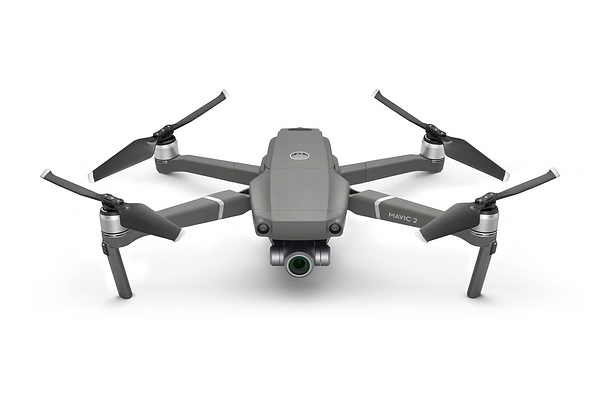 The Mavic 2 drones once again take the top spot in this category. Equipped with more sensors than all other Mavic drones, both Mavic 2 variants exhibit an unequaled degree of environmental awareness. The Mavic Air, being a relatively newer model, also has a superior obstacle avoidance system compared to the Mavic Pro and Mavic Pro Platinum.

The Mavic 2 drones come with the upgraded OcuSync 2.0 which resulted to a range improvement of 0.7 miles or around 1 kilometer. It’s not a huge improvement, but most drone pilots would agree that it’s an amount that matters. Take note that even the 4.3-mile range of the original Mavic Pro is well outside of line of sight, so taking these drones to the edge of their effective range definitely runs the risk of losing them should you run into an accident.

The speed of a drone is the result of a complex interplay of propeller design, motor power, aerodynamics, and the weight of the drone.

With more powerful motors, improved propeller designs, and upgraded ESCs, the Mavic 2 drones once again exhibit superiority in the speed department. The Mavic Air takes second place honors, likely aided by its lightweight build. Still, there’s only about 4mph spread between all the Mavic drones – evidence that all of them are impressively fast.

Intelligent Flight modes allow the Mavic drones to fly autonomously. This can be done by the drone pilot determining a flight path, or a series of waypoints for the drone to follow.

Camera modes are fun little add-ons that allow drone pilots to capture unique shots and videos with just a few clicks and gestures. They have been a staple of DJI drones, and the Mavic series certainly does not disappoint.

With the increased versatility provided by its zoom lens, we will have to give this category to the Mavic 2 Zoom. Its signature Dolly Zoom mode is more than enough to make it stand out from all other Mavic drones.

The Mavic Air holds a slight edge over the Mavic Pro and Mavic Pro Platinum with the addition of two camera modes: Asteroid and Boomerang. For professional drone photographers, most of these camera modes may seem like novelty features, but it’s hard to refute that they are a lot of fun to play around with.

Prices quoted here are merely approximations – you can probably find somewhat different prices, depending on which store look into.

The purchase price is where the Mavic Air truly shines. At more than $100 cheaper than the Mavic Pro, it is a great value for money drone that does not skimp on the features and build quality. The Mavic 2 drones are much more expensive than all the other Mavic variants, which might be a huge turn-off for casual drone users.

The results of our ranking exercise are summarized below:

Based on our comparison and cumulative rankings, the Mavic 2 Zoom just barely passes the Mavic 2 Pro as the best Mavic drone. Although the Mavic 2 Pro has the better quality camera, the versatility of the Mavic 2 Zoom and its significantly lower price has placed it one step ahead of its contemporary. In any case, both Mavic 2 drones are superior to the older models in several aspects: camera quality, gimbal range of movement, obstacle avoidance technology, maximum speed, maximum range, flight time, and number of flight modes and camera modes. They are truly the best representative of the technology that DJI can manage to wrangle into its ultra-portable Mavic design.

The Mavic Air continues to impress by taking the 3rd spot, despite its much shorter flight time and range. The Mavic Air makes up for these shortcomings with a much more compact and portable package which also happens to come at much lower price. In terms of value for money and appeal to more casual drone users, it’s hard to find a drone that will top the Mavic Air.

Despite having to rank them against each other, we have to say that none of the Mavic drones disappoint. DJI has been the market leader for drones in the past several years, and it shows in the quality and innovation that they have exhibited with the Mavic drones. They have managed to pack professional-grade technology in drones that are small enough to fit on the palm of your hand – that feat enough is impressive at all fronts.

The Mavic product line has something for everybody. For beginners and casual drone users, the Mavic Air is a relatively inexpensive drone that has a high-quality camera, and obstacle avoidance system, and a suite of autonomous camera modes and flight modes. If you feel that its flight time is too limited, then you can opt for the Mavic Pro or Mavic Pro Platinum, which offers all the same benefits but with a much higher capacity battery.

For professional drone photographers or experienced drone pilots, the Mavic 2 drones are both impressive pieces of equipment that can rival most professional-grade drones out today. For pure image quality and the ability to capture crisp photos even in low light, the Mavic 2 Pro with its Hasselblad camera is the perfect solution. The Mavic 2 Zoom is for the photographer who works better with more flexibility and creativity. Despite their high price tags, the Mavic 2 drones can be worth every penny in the right hands.