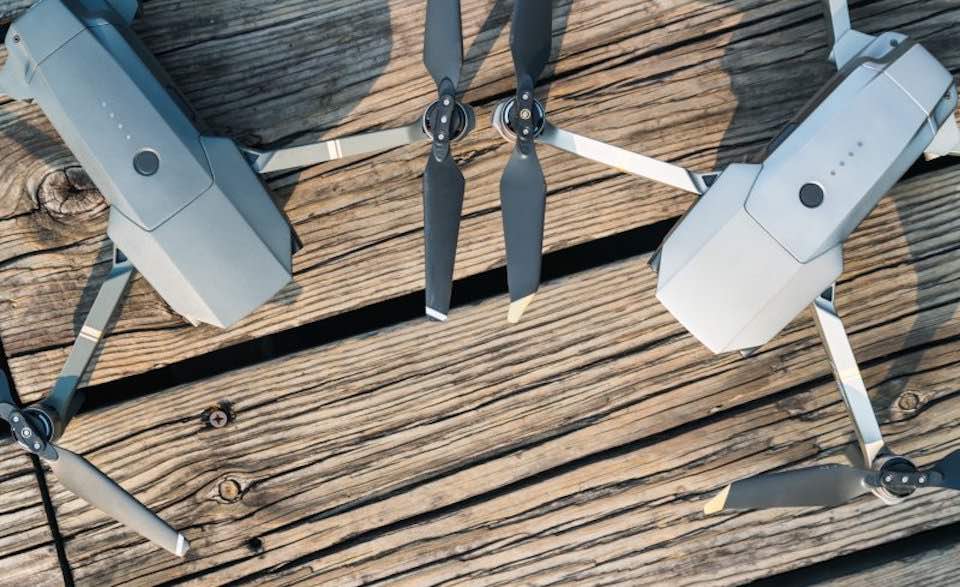 by Joseph Flynt
Posted on December 19, 2017
22 Shares
3D Insider is ad supported and earns money from clicks, commissions from sales, and other ways.
DJI has just released the Mavic Air 2. See all of the specs here.

It isn’t quite at par with the Phantom and Inspire drones, but the DJI Mavic Pro is still one of the best and most popular models in the drone market. It has the ultimate mix of features and portability, with its inward-folding arms and streamlined design. With a 4K camera, obstacle sensors, impressive battery life, and top-of-the-line range, the DJI Mavic Pro remains one of the top players in the drone game.

Released in August 2017, the DJI Mavic Pro Platinum claims to be an improved version the DJI Mavic Pro. With a price tag that is $100 more expensive, you may be asking is the upgrade worth the additional cost? We break down this clash piece by piece to give you the definitive answer.

Still, the old DJI Mavic Pro is not a lightweight in the looks division. During the time of its release, the DJI Mavic Pro was one of the best-looking drones available with its sleek gray-black finish and futuristic design.

Does the Platinum version edge out the old Mavic Pro in terms of looks? We say it’s a toss up in this department. Both these drones look great. It really is just a matter of taste.

The answer to that question is two-fold. First, the DJI Mavic Pro Platinum comes with brand new 8331 propellers. These propellers have a more aerodynamic design, which will result in lower noise levels (more on that later) and increased flight time. 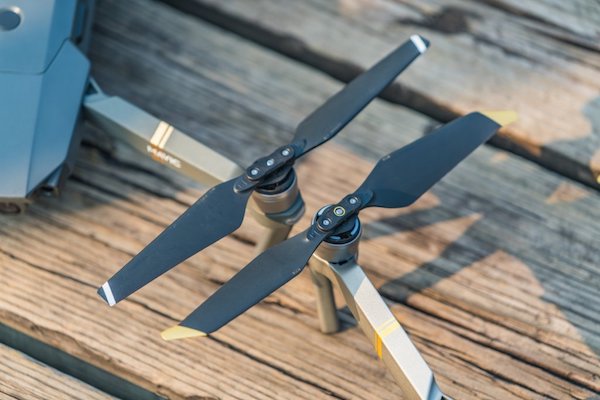 The second factor that contributes to the longer flight time is the use of Field Oriented Control (FOC) technology in the drone’s Electronic Speed Controller (ESC). The FOC technology uses a sinusoidal wave drive, instead of the older square or trapezoidal wave variety. This results in a more efficient power delivery to the motor, and a better utilized battery.

Obviously, the DJI Mavic Pro Platinum wins this round. The additional 3 minutes doesn’t sound much, but when you’re already on a roll capturing those amazing aerial shots, the 3 minutes will be a welcome blessing.

The highly advertised advantage of the DJI Mavic Pro Platinum is the reduction of the noise level: it claims to be 4 decibels quieter than the old DJI Mavic Pro. Is this reduction in noise significant? Based on our tests, this volume difference is easily discernible.

The noise level of drones as they zip around is something that will probably surprise most drone newbies. There’s also the fact that the buzzing sound that drones make can be downright irritating. Any change that reduces the volume of this buzzing sound is a welcome improvement.

The combination of the new propellers and the improved ESC is also responsible for this noise reduction. Not only are square wave motors less efficient than sinusoidal wave motors, they also emit a characteristic and louder buzzing sound. The removal or reduction of this buzzing sound is the major factor that contributed to the decreased noise level of the DJI Mavic Pro Platinum.

The 4-decibel reduction corresponds to a 60% noise level reduction for the Mavic Pro Platinum, making it the clear winner for this round. This is a significant reduction in noise, and the people around your drone will thank you for it. This may also be a welcome improvement for professional drone videographers who often have to do some post-processing to remove the unmistakable buzzing sound from their drone footages. It’s also great for wedding photographers who don’t want to interrupt what is happening.

There is, of course, a criterion we haven’t quite touched on yet: the price. Is the DJI Mavic Pro Platinum worth the $100 price increase? If you’re currently considering buying a DJI Mavic Pro, then in our opinion, the Mavic Pro Platinum is worth the slightly higher price tag. For a $100 increase, you get a more efficient and quieter motor, better propellers, and the ability to eke out those last 3 minutes of drone flight. If you’re a professional drone photographer, these improvements are sure to make a huge impact on the quality of your work.

We have to give props to DJI for the improvements they have made to the Mavic Pro. They could have easily rolled out the Mavic Pro Platinum with a higher-capacity battery, but they took an innovative approach to prolonging battery life. With the upgraded ESC and propellers, DJI made a more future-looking and all-encompassing solution to the issue of short flight times due to limited battery life. We eagerly look forward to the further innovations that DJI can come with to improve the drone flight experience.