by Joseph Flynt
Posted on December 10, 2017
17 Shares
3D Insider is ad supported and earns money from clicks, commissions from sales, and other ways.
DJI has just released the Mavic Air 2. See all of the specs here.

The Mavic Pro and the Phantom series are among the best drones that you can buy. Choosing between the two is not easy. In this article, we examine six of the leading choices on the market: the Mavic Pro, Phantom 3 Standard, Phantom 3 Pro, Phantom 4, Phantom 4 Advanced, and Phantom 4 Pro.

These are all high-performance models by drone manufacturer DJI. Each will be accessed on a variety of different factors, to determine which one(s) are the best overall purchase, best value for money, and best for those on a tight budget.

While all the drones, expect the Phantom 3 Standard (Also known as Phantom 3 SE), can shoot 4K video, the Phantom 4 Advanced and Pro are the clear winners in this category. Their powerful 20 Megapixel cameras can make the most of any photo opportunities and allow for 60fps (3840×2160) video footage. In layman’s terms, this means you’re getting crisp, sharp, photos and videos.

All six drones have highly effective obstacle avoidance systems. They can afford rocks, trees, power poles, branches, railings, and anything else you may inadvertently crash into. However, the Phantom 4 Pro has rear cameras and infra-red sensors on its sides. None of the other drones have these features (not even the Phantom 4 Advanced). This allows users to fly a bit crazier (backwards, side-to-side) and with more confidence. 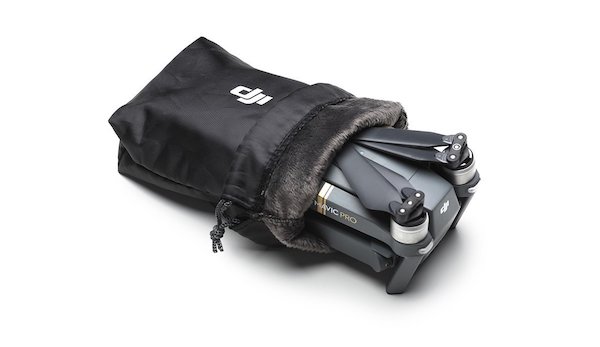 The Phantom range is much bulkier than the Mavic Pro. They require their propellors to be attached separately and you will probably need a backpack to transport them. The Mavic Pro’s design allows it to fold up until its pocket-sized. This is without needing to detach the propellers.

Just like car owners, drone owners want to know what’s under the hood of their purchase. Check out the table below to see the key specs.

As you can see, the Phantom 4 Pro and Advanced are the winners for flight time, closely followed the Phantom 4 and the Mavic Pro. All three Phantom 4 models have the highest top speed of 45mph.

You should be mainly concerned with the top speed and maximum flight time. The transmission range isn’t really that relevant because it is illegal to fly a drone beyond your field of vision, and a good way to lose your purchase. You should only be flying your drone at a fraction of its total range, meaning the maximum values aren’t particularly important. In saying that, the Mavic Pro, Phantom 4 Advanced, and Phantom 4 Pro were the winners at 4.3 miles.

All six drones have efficient hand-held controllers, that allow for easy steering and control. However, the Mavic Pro’s controller is more user-friendly than those of the others. It is smaller, fits comfortably into the palm of the hand, and just feels more ergonomic. There is also an LCD display for flight information.

The Phantom model’s controllers are bulkier and not quite as smooth to operate. However, they make up for this with the option to mount a tablet on the top of the controller. This easily surpasses the Mavic Pro’s LCD display.

Overall it’s hard to pick a clear winner in this category. The Mavic Pro’s controller is easier to use, but lacks the tablet option for a full-on display.

The figures shown below are DJI’s recommended maximum wind speeds for safe flying. Each drone can still fly in higher wind conditions, however, their functionality is impaired, and the likelihood of an flyaway and/or damage to the drone is increased.

You will find that the Phantom 3 Standard and Pro have similar modes. However, instead of a Sport Mode, they have Forward Mode. This calibrates the drones controls so that it is always flies forward, relative to its take-off direction.

This is a general overview of the modes available for each drone. Remember each of these modes also has sub-modes, which makes things even more complicated. It’s reccomended that you consult the manual and build up some flying experience before experimenting with all the possible configurations. If you have never flown before start in beginner mode.

There is no real winner in this category. Each drone has a variety of different modes to suit each user’s experience level and flying style.

DJI Goggles And Other Accessories

The DJI Goggles are by far the coolest accessory. These enable wears to view a full HD display of their drone’s flight. Now the question is do they function well with each of the drone models. The answer is not really. These goggles were designed with the Mavic Pro in mind, not the Phantom range. They can receive video feed from the Phantom 4 models but not wirelessly, meaning you will need to connect a USB cable and an HDMI cable. Also, many users have reported limited functionality and connection issues.

On the other hand, they work great with the Mavic Pro. They can receive the drones video feed wirelessly, and they can allow users to control steering via head movement.

Simply put, if you intend to purchase DJI Goggles then make sure you get a Mavic Pro.

As far as the rest of the accessories go, you can expect to see SD cards, battery chargers, USB cables, cleaning kits, and other typical items. Whether you want to pay more to get these items included with your drone, or just use what you already have at home, is up to you. However, one accessory that really IS worth getting is a Phantom controller with an integrated 1080p touchscreen display. These appear only to be offered in some bundle packs for the Phantom 4 range, not the Phantom 3 range. There are also bundle kits for the Mavic Pro.

The tables below show each drones’ current price on Amazon. These figures are for a new standalone drone.

Prices for new drone bundles, with include a variety of accessories, such as a backpack, SD card, and USB cable, can be seen below.

These are just approximate prices and subject to change. It’s recommended that you check out Amazon yourself to see the most accurate figures.

People who are seeking refurbished or second-hand models can knock around $200-$500 off these prices.

+1 for the Phantom 3 Standard.

Let’s tally up the results.

The Phantom 4 Pro comes out on top with its high wind-resistance, powerful camera, advanced avoidance systems, and maximum specs. However, as you might expect, it has the highest pricetag.

Overall Winner: In terms of raw power, the Phantom 4 Pro wins out. This is true for both its camera and flight capabilities. Also, don’t forget about its superior obstacle avoidance systems. This isn’t to say the other models should be ignored. However, the Phantom 4 Pro is the ideal choice for most drone enthusiasts (or soon to be enthusiasts) who aren’t too fussed by the price.

Best Purchase For Those On A Budget: The Phantom 3 Standard is significantly cheaper than the other drones, and while it lacks the same level of performance, it is still the best option for those who want to start flying without a hefty price tag.