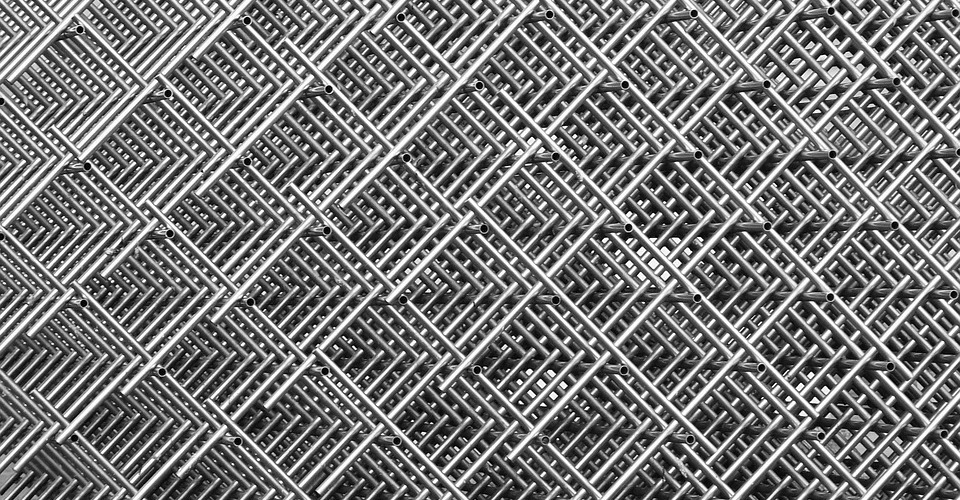 Metal Extrusions: What It Is, the Different Types, and Common Applications

by Joseph Flynt
Posted on December 21, 2019
23 Shares
3D Insider is ad supported and earns money from clicks, commissions from sales, and other ways.

One of the most important properties of metals as the foundation of the industrial age is the duality between being ductile and being strong. Metals are naturally strong and selectively resistant to chemical and physical degradation, but it is its ductility that allows it to be processed into various equipment parts and construction materials.

One of the best demonstrations of the ductility of metals is the process called metal extrusion. How exactly does metal extrusion work, and what are some of its common applications?

What is metal extrusion?

Extrusion is a process by which raw material is forced through another piece of hard material – called a die – to force it to conform to a pre-determined shape. Think of it like piping icing on a cake; by changing the tip of the piping bag, you can also change how the icing will look like when it touches the cake.

Extrusion, as a general manufacturing process, is not exclusive to metals. It’s the method by which molten plastic slurry is formed into thin strands and cut into pellets to be used for the manufacturing of various plastic products. Modern bricks are produced at a large scale by an extruding process for ceramics. In the food industry, the use of an extruder is the reason why we can buy dried pasta that is perfectly shaped and cut.

When it comes to metals, there are a few unique considerations that make the extrusion process a little more complex. A soft metal like aluminum can be extruded without elevated temperature, but harder metals will have to be heated to an ‘extrusion temperature,’ which is a little lower than the specific metal’s melting temperature. This allows the metal to be ductile enough to be forced through the die but rigid enough to hold its shape right after.

Extrusion can be done to process practically all industrial metals, including titanium, brass, copper, steel, and zinc. The starting material for metal extrusion is usually a long cylinder, called a round billet.

Friction between the billet and the die is one of the biggest issues of metal extrusion. If not addressed, excessive friction will mean that you need to exert more work on the shaft and that the die can get worn out prematurely.

To address the friction problem, most metal extrusion processes today use the Sejournet process to apply a lubricant to the surface of the metal. This lubricant is a layer of glass powder that is applied to the heated metal billet. The glass powder almost instantly melts and forms a thin film that acts as a lubricant and acts as a barrier between the metal and the die.

The use of glass as a lubricant provides two major advantages. The first is the low heat conductivity of glass, which effectively insulates the die from the hot metal billet, which helps avoid accelerated degradation. The second advantage of glass is that it can be very easily removed from the metal part once it has been extruded.

It may sound strange to even consider doing cold extrusion since we all know that metals are easier to work with when hot. Why, then, is cold extrusion even a thing? There are a couple of reasons, but let’s look at the strengths and limitations of hot extrusion first.

The number one reason for heating up a metal billet prior to extrusion is to improve the workability of the metal. A ductile metal can easier go through a die, thus needing a smaller force in the shaft to push it through.

Most metals come with imperfections in the form of air bubbles trapped in the matrix of the metal. By heating up a metal and forcing it through a narrow opening, the metal material can be redistributed and fill in these air pockets. At a molecular level, the metal atoms can reorient and form larger, stronger crystalline structures. This results in an overall enhancement of the metal’s mechanical properties.

3. Oxidizes the surface of the metal

The biggest drawback of heating a metal before extruding it is the fact that higher temperatures can accelerate the oxidation process. Although this only affects the outer surface of the extruded metal part, the loss in material due to oxidation might effectively cancel out the gains you’ve made on the part’s mechanical strength due to hot extrusion. Even at a cosmetic level, an oxidized metal part is never going to be desirable.

Even though the force needed to push a cold metal billet through a die is higher, having to heat several hundred tons of metal in a continuous manufacturing process is much more energy-intensive and takes up a lot of time. For this reason, large-scale manufacturing industries prefer going the cold extrusion route if they can.

A huge advantage of extruding cold is that you avoid any issues with oxidation. Thus, metal parts made through cold extrusion come out with a better finish and dimensional accuracy.

3. Is not possible for hard metals

If it was possible to do cold extrusion for all metals, then everybody would be doing it. However, the reality is that some metals are simply too hard for cold extrusion. The complexity of the cross-section of the die also needs to be considered. Highly complex designs may not be possible without the ductility advantage that hot extrusion provides.

Aside from the choice of hot or cold extrusion, extrusion processes and equipment can be further sub-divided into how the billet, die, and shaft interact with each other.

Direct extrusion, the most common type, is done simply by forcing a metal billet through a die by a shaft that pushes forward – just like the way that most people imagine it. The simplicity of its method is its greatest strength, as it needs no complicated tooling or equipment. A direct extrusion process can be used in both hot and cold extrusion.

However, the movement of the shaft inside the cavity and the contact of the billet and die mean that the process creates a lot of friction. This increases the force requirement on the shaft, translating to a greater power requirement. The force needed to push the billet through the die also needs to be varied to ensure a consistent throughput.

The biggest challenge when doing indirect extrusion is in supporting the extruded part, which remains inside the shaft. This also means that an extra step needs to be taken to remove the extruded part from the shaft, which slightly slows down the process.

As the name implies, hydraulic extrusion uses the mechanical advantage of hydraulic fluid (usually castor oil) to push the billet through the die. Although a shaft is still necessary to push against the hydraulic fluid, compressive forces in the fluid multiply this force, making this the process that uses the least shaft work. The fact that a fluid exerts hydraulic forces in all three directions also helps maintain consistent pressure on the billet.

Another factor that reduces the power requirement of a hydraulic extrusion process is the fact that the billet does not need to be in contact with the shaft. Since the billet is suspended in hydraulic fluid, there is no friction between the billet and the shaft, resulting in less waster energy.

The challenge of a hydraulic extrusion setup is that it’s much more complicated compared to a direct or indirect extruder. It has more moving parts, and the difficulty of containing a high-pressure hydraulic fluid inside the shaft can be more trouble than its worth. Since the billet is in direct contact with the fluid, it’s not possible to hydraulic extrusion for a heated metal billet.

A lateral extrusion drive is merely an orientation of equipment where the force exerted to the shaft is lateral to the direction of extrusion. This is typically done with a direct extrusion orientation. This type of equipment has a smaller footprint but can only be used with soft metals.

Metal extrusion is a vital industrial process that helps create some of the most important equipment parts used across various fields. The primary purpose of metal extrusion is in the manufacturing of metal rods, wires, or shafts with various cross-section designs. With the complexity of shapes that can be produced through metal extrusions, it can be used to create metal parts that almost exactly interlock with each other, resulting in foolproof setup and more durable construction.

An extruded part does not need to be straight. A soft metal can be manipulated after the die to take on curved forms, making them more appealing as a visual accent to building interiors and facades. Custom metal shafts have been used as light fixtures or handrails in stairwells. Manufacturers are getting more creative nowadays with how they use metal extrusion, practically guaranteeing that it is a technique that will continue to be used for the next several decades.

The ability to craft and manipulate metals into various shapes has been one of the most vital technological strides that we have made to usher the industrial age. Metal extrusion is one of the oldest of such techniques which remains highly relevant until today. Anywhere you are, there are probably a few dozen objects around you that are the product of metal extrusion – including building foundations, handrails, table legs, or the stem of an umbrella. With its incredible reliability and versatility, metal extrusion isn’t likely to go out of relevance for as long we still rely on metals for all our construction, industrial, and design needs.