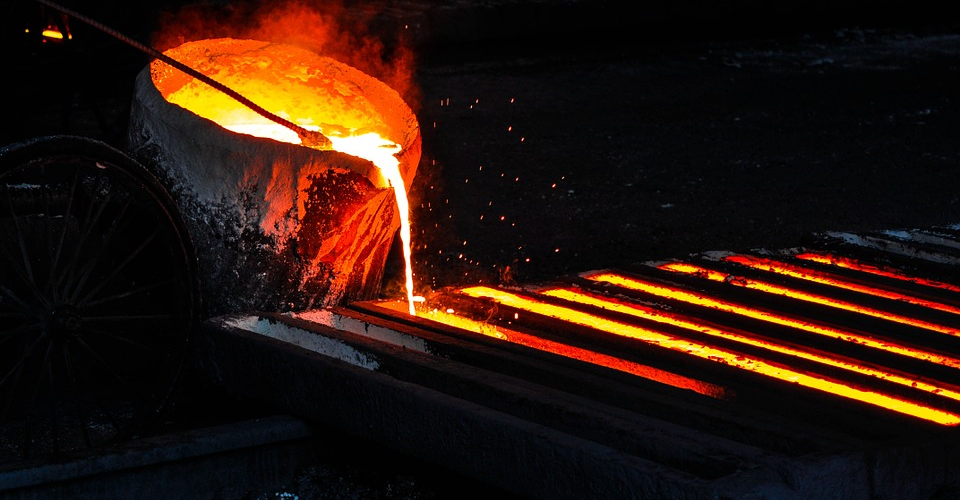 Heat Treating of Metals: Why It’s Done and Its Applications

by Joseph Flynt
Posted on February 7, 2020
21 Shares
3D Insider is ad supported and earns money from clicks, commissions from sales, and other ways.

Metals are valued in the modern industrial age not just because they are both mechanically and chemically stable, but also because they are some of the most versatile engineering materials. Depending on how a metal is processed, it can take on a variety of properties suitable for different applications.

Heat treating is one of the most common methods of processing metals. It is a broad term that refers to different techniques, all with the goal of improving a metal’s overall properties. How exactly does heat treating work and how is it used?

What is heat treating?

Heat treating refers to a set of metalworking techniques designed to alter the physical and chemical properties of metals. These properties may include a metal’s hardness, ductility, malleability, toughness, grain structure, and resistance to wear and tear. Heat treating is an important industrial process that is done for about 90% of all metal products used in various applications.

A huge majority of heat-treated metals consist of steel, including cast iron, stainless steel, and some alloys. However, non-ferrous metals such as aluminum, titanium, copper, and brass can also be heat treated.

There’s a long list of metalworking techniques that fall under the umbrella of heat treating. However, the common characteristic of these techniques is that they all involve heating or cooling the metal, often to extreme temperatures. The temperature to which they are heated or cooled, the rate at which these temperatures change, and any other physical processes in between, all play a role in how a metal’s properties are altered.

Listed below are some of the most common heat treatment techniques, how they are done, and the resulting changes they make on the metal.

Annealing is a process where the metal is heated to a specific temperature, then cooled very slowly. This results in changes in the metal’s microstructure, often influencing its ductility, machinability, and electrical conductivity. Steel is the most common material to which annealing is done, but it’s also possible to anneal non-ferrous metals like copper and brass. Depending on the temperature reached during heating, annealing can be classified into two sub-categories: normalizing and stress relieving.

Normalizing occurs when a metal is heated beyond its upper critical temperature. At this point, the recrystallization of the particles in the metal becomes possible, resulting in a more ordered microstructure. This eliminates the hardness that the metal may have as a result of cold working.

A less impactful method of annealing is stress relieving. In this technique, the metal is heated to just below its critical temperature and cooled slowly. While this process does not change the hardness of the metal as much as normalizing does, it is enough to release the internal stresses of the metal which may have come from cold working. The result is a sturdier and hard metal that is suitable for pressure vessels. 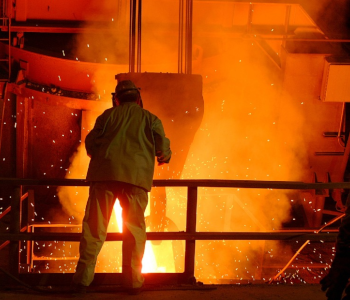 Quenching is quite similar to annealing in that it also involves heating a metal to beyond its upper critical temperature. The major difference is that the metal is cooled very rapidly with the goal of significantly increasing its hardness. Not all metals exhibit the desired change after quenching. In particular, non-ferrous metals tend to become softer after the quenching process.

The hardness of a metal following quenching depends on the metal’s chemical composition and how quickly it was cooled. High-tensile steels tend to crack when cooled too rapidly, so it has to be cooled quite slowly by immersing in oil. On the other end of the spectrum, medium-tensile steels benefit from rapid cooling, which can be accomplished by quenching it in brine.

Quenching can also be done by forced air, gases, water, or a polymer solution.

Tempering is more of a refinement process that aims to reduce brittleness in the metal and achieve the desired ratio of hardness to toughness. Tempering is typically done after quenching to also help relieve any internal stresses built up in the metal because of the quenching process. Quenched metals which come out a little too hard can be partially softened by tempering.

Tempering is done by heating the metal to below its critical temperature and allowing it to be air-cooled. The temperature to which the metal is heated determines how much hardness is removed. The chemical composition of the metal also plays a role in its optimal tempering temperature.

Metals that are meant to remain hard are tempered at low temperatures in the range of 66 to 148 °C. This has minimal effect on the hardness of the quenched metal and only serves to relieve some of its internal stresses. On the other extreme are the metals that need to be ductile or deformable, such as those used in springs. These metals are tempered at much higher temperatures, somewhere in the range of 300 to 500 °C, to significantly reduce hardness and brittleness.

Tempering at too high temperatures (typically above 600 °C) can result in a condition called “temper embrittlement.” At this state, the metal loses much of its toughness as it makes the transition across the ductile-to-brittle boundary. Temper embrittlement can be avoided by quickly cooling the metal.

Carburizing is a process in which the surface of a metal is heated to near its melting temperature and placed in contact with a carbon-bearing material. This material can be in the form of a high-carbon, solid, or liquid, although charcoal and carbon monoxide are the most common. This results in the surface of the metal absorbing the carbon. How deeply the carbon diffuses into the metal can be controlled by varying the temperature to which it is heated or extending the time of exposure to the high-carbon material. After enough time has passed, the carbon is quickly cooled by quenching.

The result of carburizing is a harder metal surface, while the core retains its original toughness and ductility. Carburizing is done for pieces that require increased wear resistance and surface hardness. It is virtually impossible for a metal piece to retain its original volume and grain size after carburizing – there will be some volume and mass increase, no matter how small.

Low-carbon (0.2% to 0.3%) metals are typically subjected to carburizing. It can also be done to make up for undesired decarburization, which may have happened during the other metal treatment processes.

Precipitation hardening, also known as particle hardening or age hardening, is a process in which a metal is held at very high temperatures in an inert atmosphere. At these temperatures, the solid solubility of the metal changes, allowing for the introduction of fine particles as an impurity phase. These particles become dispersed along the metal’s grain structure. To allow the particles to diffuse sufficiently along the metal’s cross-section, this step of the process can take between one to four hours.

The metal is then quenched rapidly, reducing the solid solubility again and trapping the impurities in the solid phase. Aging the solutionized metal by heating it to a moderately high temperature allows the impurities to diffuse through the metal and form intermetallic particles. These particles prevent any movement throughout the lattice of the metal, thus increasing its hardness

Cryogenic treatment takes an opposite approach to all other heat treating methods we’ve mentioned above, instead cooling down the metal to below -190 °C. Cooling is done slowly using liquid nitrogen.

Cryogenic treatment needs to be distinguished from cold treatment, which only cools the metal to around -81 °C. However, both low-temperature treatment methods are typically done after quenching and before tempering. Exposure to very low temperatures converts the austenite in the metal into martensite, thus reducing brittleness and making the metal harder and stronger. It also removes any residual stresses in the metal after the quenching process. Cryogenic treatment imparts some added corrosion resistance by allowing the precipitation of micro-fine carbides in the metal.

Cryogenic treatment is typically done for metal parts and tools that require an exceptionally high level of wear resistance. By subjecting the metal to cryogenic treatment before tempering, the chances of the metal failing due to cracking can be greatly reduced. It’s generally only done for high-carbon metals and high-alloy steels in which a significant amount of austenite remains after quenching.

Metals, as amazing as they are, are rarely valuable in their raw form. Instead, they have to be processed using various techniques to craft them into forms that are useful in modern industries and commercial applications. The various heat treating methods we have described here are just some of the ways in which metalworkers can control the mechanical and chemical properties of metals to suit their needs. These techniques showcase the versatility of metals that have made them such a crucial ingredient in the birth of the modern ages.