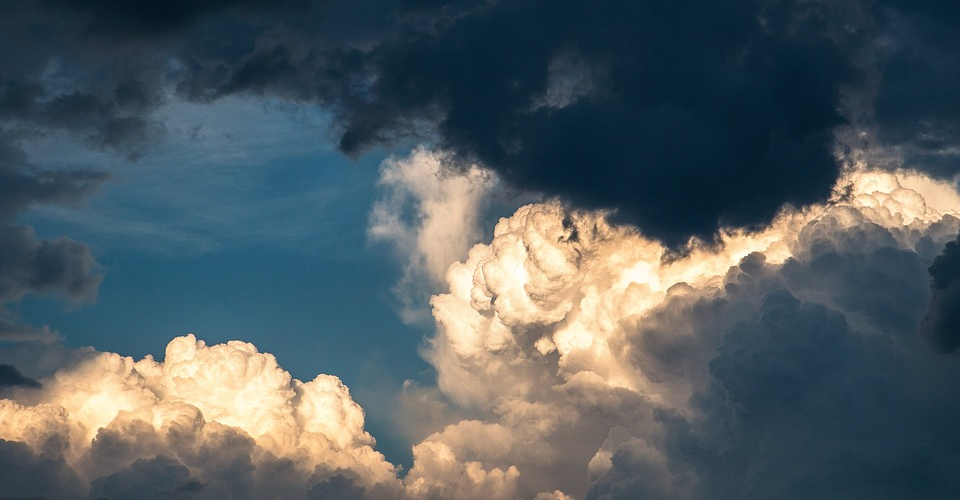 by Joseph Flynt
Posted on May 23, 2019
15 Shares
3D Insider is ad supported and earns money from clicks, commissions from sales, and other ways.
DJI has just released the Mavic Air 2. See all of the specs here.

Among the many things that a professional drone pilot needs to be aware whenever they embark on a drone flight mission, the weather is one of the most important. In the same way that you check the weather forecast before you step out of the house, you also need to check the prevailing weather conditions before you launch your drone. In the aviation industry, these weather reports are provided as METARs. Understanding METARs is such an essential part of being a drone pilot that it has been included in the scope of the Part 107 knowledge test for commercial drone pilots.

In this article, we break down a METAR into its individual components to better understand the message that it is trying to convey. It will take some practice before you can do it yourself, but it can save you a lot of headaches in the long run.

What is a METAR?

A Meteorological Terminal Aviation Routine Weather Report, more commonly known as a METAR, is a highly abbreviated report on prevailing meteorological conditions. The format allows aviation personnel to transmit a huge amount of data quickly and without having to type down full details.

For experts, reading METAR reports is just like reading any language, since the meaning comes to them instantly. For newbies, a METAR report can look like an indistinguishable jumble of random letters and numbers. To illustrate this point, let’s look at the following example:

Believe it or not, everything in this whole string of letters and numbers can be understood anywhere in the world. This is because METAR reports follow a reporting standard created by the International Civil Aviation Organization (ICAO).

The parts of a METAR

To fully understand how to read a METAR, it is best to break it down into its individual components. At each step, we will be referring to our sample METAR written above.

The first thing you need to check is if you are indeed reading a METAR report. This is done by indicating ‘METAR’ at the beginning of the report or by simply leaving it blank. While METAR reports are regularly released by the hour, there may be extraordinary circumstances when a special report needs to be released. This is indicated by a SPEC tag in place of METAR.

The next part of a METAR specifies the airport or weather station from which the METAR was issued. Stations in the United States are prefixed with a K, while those in Hawaii and Alaska are prefixed with PH and PAA, correspondingly. In our example, the issuing station is the JFK Airport in New York.

The third element is pretty straightforward – it merely indicates the date and time when the METAR was issued. In our example, the first two numbers (16) refer to the day of the month of the METAR. Note that the METAR does not indicate the month, as that is left up to context. The next four digits indicate the time in Zulu, which is 22:51 in our example. Since METAR is always reported in Zulu or Greenwich Mean Time, you may have to get used to converting from GMT to your local time.

The modifier is not an essential element of a METAR is more commonly omitted. It merely indicates if the METAR was generated by an automated station (AUTO) or if it had to be corrected from an automatic report (COR).

The next element of the METAR describes the wind conditions. This can be divided into two parts: wind direction and speed.

Wind direction is indicated by the first three digits (160). This is the direction of the source of the wind in degrees. In some cases, a single source for the wind cannot be identified. Instead of a number, the direction is instead replaced with ‘VRB’ which stands for variable.

One of the more complicated entries in a METAR, the current weather identifier uses a bunch of codes to describe the prevailing weather conditions. For a quick reference on which codes are used and what they mean, check out the table below.

As you can see, the weather conditions you can indicate in the METAR are quite comprehensive. In our example, the weather indicator (+BLRA) states that there is heavy, blowing rain. This weather is considered bad enough for you to put off your planned drone flight mission.

The next element of the METAR that describes the sky condition is long only because it describes the appearance of clouds at different altitudes. For a quick reference, here are the relevant abbreviations and what they mean

In our example, there are three relevant altitudes where different sky conditions were observed. Altitude is expressed in the METAR in terms of hundreds of feet above the ground. This means that there were few clouds at 5500 feet (FEW055), scattered clouds at 19000 feet (SCT190), and broken clouds at 26000 feet (BKN260).

Dew point, on the other hand, is a result of the prevailing humidity and pressure conditions. Simply defined, it is the temperature at which moisture in the air will start to condense and form droplets of dew. In our example, the dew point is 13 °C. Be careful not to fly your drone when the temperature drops to the dew point, as internal condensation can damage your drone’s onboard electronics.

Drones use barometric pressure as a means to determine their cruising altitude. This means their barometers need to be properly calibrated to the prevailing atmospheric pressure at sea level. Receiving a METAR greatly helps in this objective.

Lastly, the remarks section of a METAR can be used to include details that have not yet been covered by the standard METAR inclusions. The whole remarks section is prefixed by the ‘RMK’ term to clearly separate it from the rest of the METAR. This section has no strict form or function. A METAR issuer can choose to report localized precipitation, the onset of a thunderstorm, or even the maintenance status of the issuing station.

The remarks section of a METAR may be the most difficult section to interpret as there are way too many possible codes and information types. There are websites that provide a more detailed guide to decoding the METAR remarks section, such as DixWx Weather Source.

In the case of our example, the remarks section say that the METAR was issued by a weather station with a precipitation sensor (A02), that the sea level pressure is 98 millibars (SLP098), and that the hourly temperature and dew points are 26.1 °C and 12.8 °C, respectively.

There are a lot of other codes that come up in METARs that we haven’t covered in our example. For example, annexing a $ sign to the station indicates that the station is due for maintenance and repair. Some METARS also include information on the Runway Visual Range (RVR), although we don’t imagine many drones making their way to nearby runway.

At first glance, a METAR report feels like it was written in a foreign language. However, it’s a language that commercial drone pilots need to learn. Understanding METAR reports is a key component of passing the Part 107 knowledge test. Without any practice, we can understand how this skill can wane over time.

The best way to develop this skill is to just read METAR reports regularly. Make it a habit to check for METAR reports before you set off for a trip with your drone. Even if it doesn’t make you an expert in reading METARs, this is a healthy habit that will enhance your situational awareness and make you a better drone pilot.