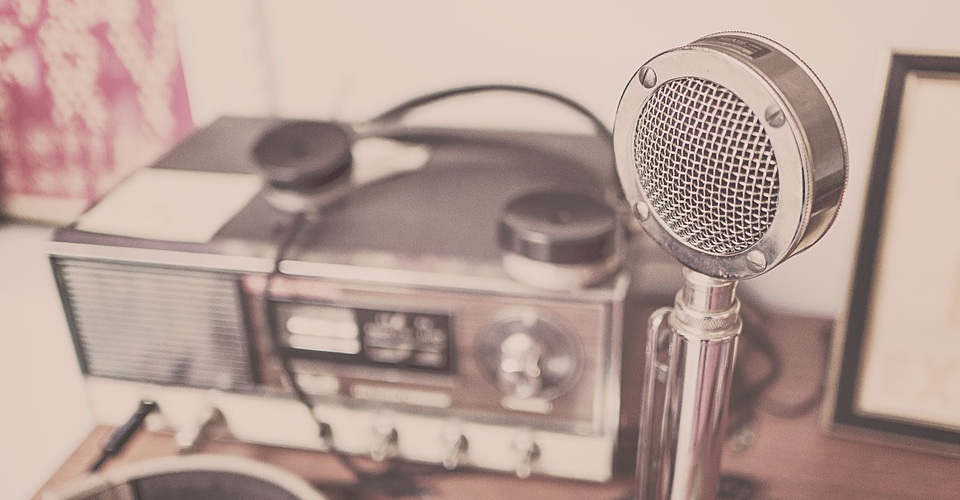 A Brief History of Microphones – Who Invented Them and When

by Joseph Flynt
Posted on July 31, 2019
23 Shares
3D Insider is ad supported and earns money from clicks, commissions from sales, and other ways.

Welcome to this simple yet informative read on the history of microphones. This isn’t a technical guide, so there are none of those hard to grasp or WTF moments as you read down the page. It’s a fascinating journey. It makes one appreciate what we have now, compared to what we had then.

The US inventor, Alexander Graham Bell, invented the first microphone back in 1876. It was a rudimentary liquid contraption that used voice vibrations to rattle a needle in water. There’s nothing much to add other than it was the first of its kind. Ten years on saw a more sophisticated device created by another US inventor. It was Thomas Alva Edison’s 1886 carbon microphone [1], [2].

Other names contributed to this technology as well. They were the British-American inventor, David Edward Hughes, and Emile Berliner, a German-born American inventor [3], [4]. 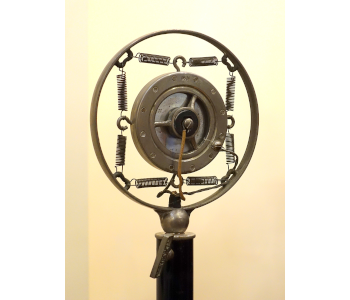 The carbon microphone was in widespread use from the 1920s. We used them for most radio transmissions. And telephone transmitters used a miniaturized button form up until the 1980s. The carbon mic was something of a revolution back then. Compared to today’s products, though, they’re terrible. The old tinny sound from early BBC recordings gives you an idea of the sound quality.

It wasn’t all bad. Carbon mics were tough and hard to damage thanks to their simplicity. There wasn’t much to go wrong, unlike today’s sophisticated instruments. Also, there came some improvements to those early devices. We have the British inventor and genius, Georg Neumann, to thank for that. Neumann gave us the improved transverse-current carbon microphone.

The next technological leap brought us the ribbon microphone.

A researcher at Western Electric called Edward C. Wente has a place in the history book of mics. Wente developed the condenser microphone (capacitor) in 1916. His task back then was to enhance the audio quality for phones, but his work consequently improved microphones too [5].

The German company, Georg Neumann and Co., designed the first condenser mic for commercial use. They called it the ‘Neumann bottle’ due to its shape. And in 1931, US Western Electric Company promoted the 618A electrodynamic transmitter. It was the first dynamic microphone [6], [7].

Meet the German physicist Walter Hans Schottky and Dr. Erwin Gerlach. Between them, they co-invented the ribbon microphone in 1924. The so-called “ribbon” is an ultra-thin strip of material, typically aluminum. It’s held (suspended) into position by two powerful magnets. The arrangement is then hooked up to a transformer and output. It’s a simple yet ingenious design [8].

Ribbon microphones were at the forefront of broadcasting from the 1930s through to the 1960s. They went out of favor for a while as other technologies came into being. Their demise had less to do with sound quality and more to do with the fragility of ribbon mics, which limited their usage. However, recent improvements have given rebirth to this old technology.

It’s not often that old technology becomes new again, but there are good reasons here. The sound produced by ribbon microphones is close to that of what the human ear catches. The clear, warm, natural sound makes them the perfect choice for guitar cabinets, drums, and vocals. Improvements to the strength of these otherwise delicate mics are why they’re making a strong comeback [9]. 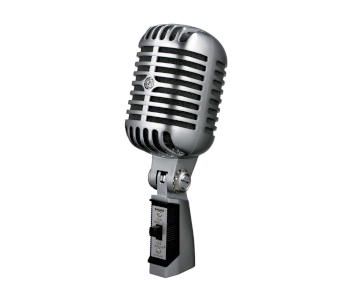 WWII put mic technology on hold for a while, but things began to pick up soon after. Ribbon mics improved thanks to better magnets. The Shure Model 55 Fatboy became a regular site in music circles from 1939. The smaller version, Model Super 55, was affectionately named the Elvis Presley Mic. It was breakthrough technology that used a single dynamic element to achieve pattern control [10].

The Shure Model 55 has become the most iconic model of all time. Modern versions of it continue to sell well to this day. Technology and ideas began to pick up soon after the Fatboy. A Shure engineer named Benjamin Bauer developed the Shure SM57 and SM58 (different grill). SM means Studio Microphone. It was the world’s first single-element directional mic with a cardioid polar pattern [11].

The cardioid polar pattern became ideal for noisy stages. That’s because the mics are sensitive to sounds from the front, and ignore or at least reduce noise from behind. That makes them perfect for solo vocalists and working in rooms that have poor acoustics. There are three polar patterns—and variations—each with their pros and cons. They are cardioid, omnidirectional, and figure-8 [12].

We have many choices of cardioid dynamic mics around today, aside from Shure’s SM57/58. Other favorites among recording artists are the Shure SM7B, the Electro Voice RE-20, the Sennheiser E609 Silver, and the Sennheiser e945 Supercardioid. The options are endless.

Microphones Past and Present

Microphone technology and applications have come a long way since those early inventions. Who knows what the future holds, but it’s going to be exciting whatever direction it takes.

Here’s a quick summary of where it all began to where we’re at now:

The four main types of consumer-friendly microphones available today are:

The above is only a brief history of microphones. There are other names, disputes, forgotten inventions, and missing details to fill an entire volume. Today, though, mics are affordable, portable, incredible, and simple for end-users to exploit. What’s not so easy is how to choose the product that suits your exact requirements. Don’t worry—we have guides to help with that too.