by Joseph Flynt
Posted on December 5, 2013
15 Shares
3D Insider is ad supported and earns money from clicks and other ways. 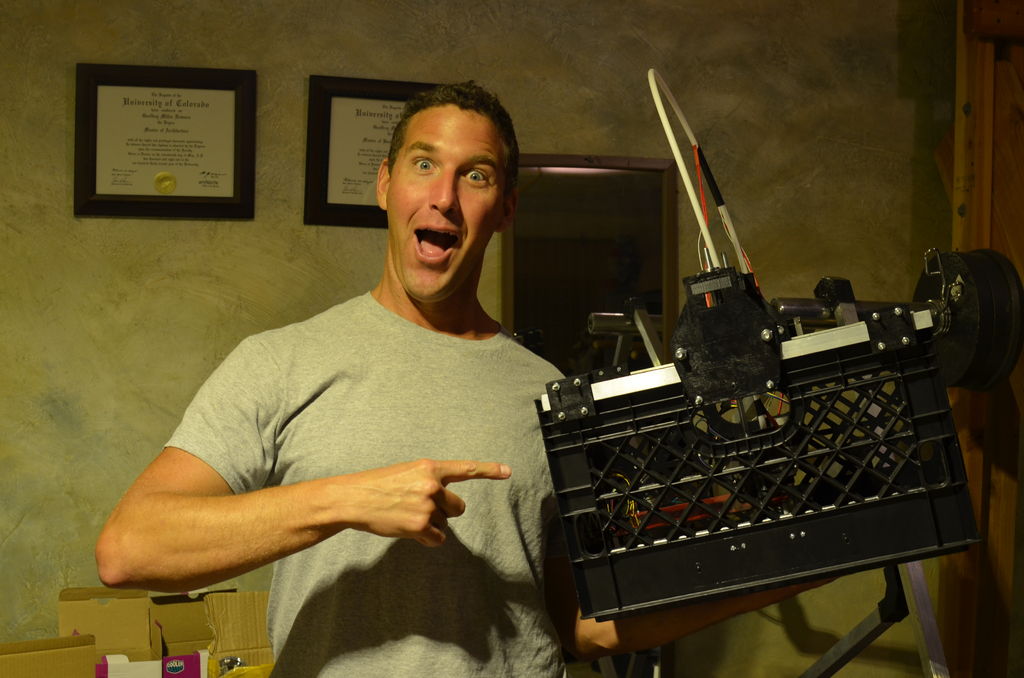 We’re always impressed by people who take seemingly waste/scrap materials and turn them into something useful. Instructables user gmdownes is one of those people and he’s combined milk crates with 3D printing to create the MilkRap.

Gmdownes’ ingenious design used the milk crate as a rigid, pre-manufactured frame that allows you easily take the 3D printer anywhere you want. The crates strength removed the need to have cross support that is necessary on the Prusa Mendal V2. He was also able to expand the overall build volume of the 3D printer by increasing the Z-axis height and almost doubling the X-axis space to over 542 inches cubed rather than 287 inches cubed. 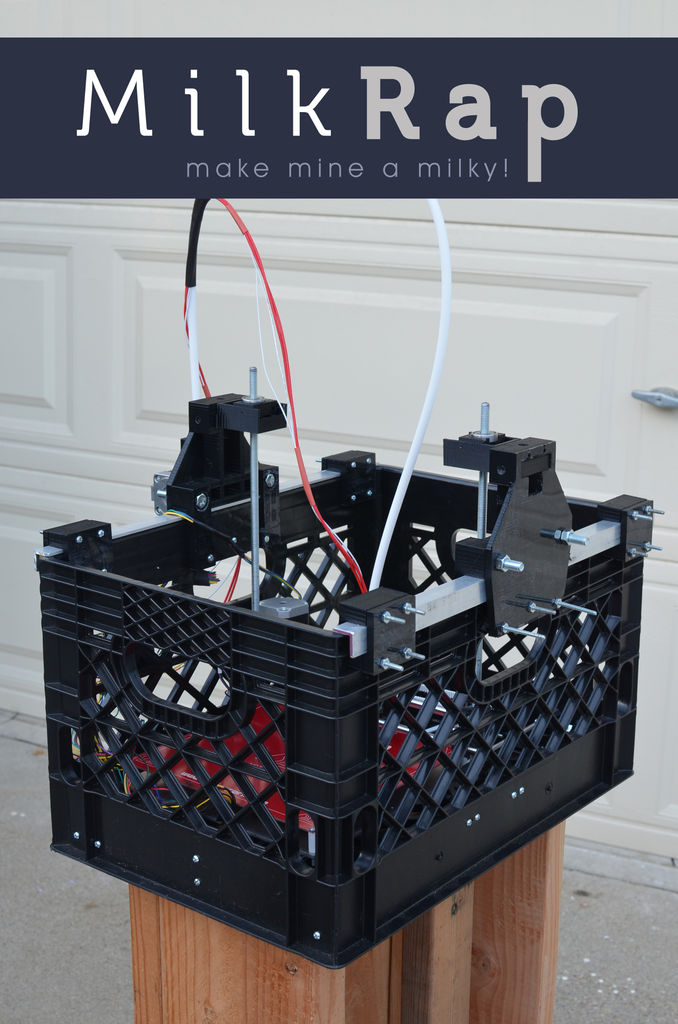 Many of the components are part of the RepRap design and gmdownes has provided a full list of the parts used in the MilkRap. He claims that it is possible to extend the Z-axis further, although support structures may be needed to maintain stability and strength.

Here’s the back story to the MilkRap:

So I began thinking of ways to build a Prusa into a rigid frame that was easy to construct (good) or already constructed (better). I am also an avid fan of recycling and finding alternative uses for objects borrowed from other industries. Then, I either saw or remembered seeing piles of milk crates sitting behind a convenience store getting dirty and abused, or milk crates being used as shelving in a college dorm, or as a  step stool in a mechanics garage, etc. It struck me that milk crates are everywhere you look and are also built to be very strong. As it turns out, the interior dimensions of a rectangular milk crate is big enough to insert the working parts of a Prusa Mendel and achieve the same build area in the X and Y direction.

According to gmdownes the MilkRap is easier to build than the Prusa V2, while having improved durability and portability. Head over to Instructables to see the MilkRap. 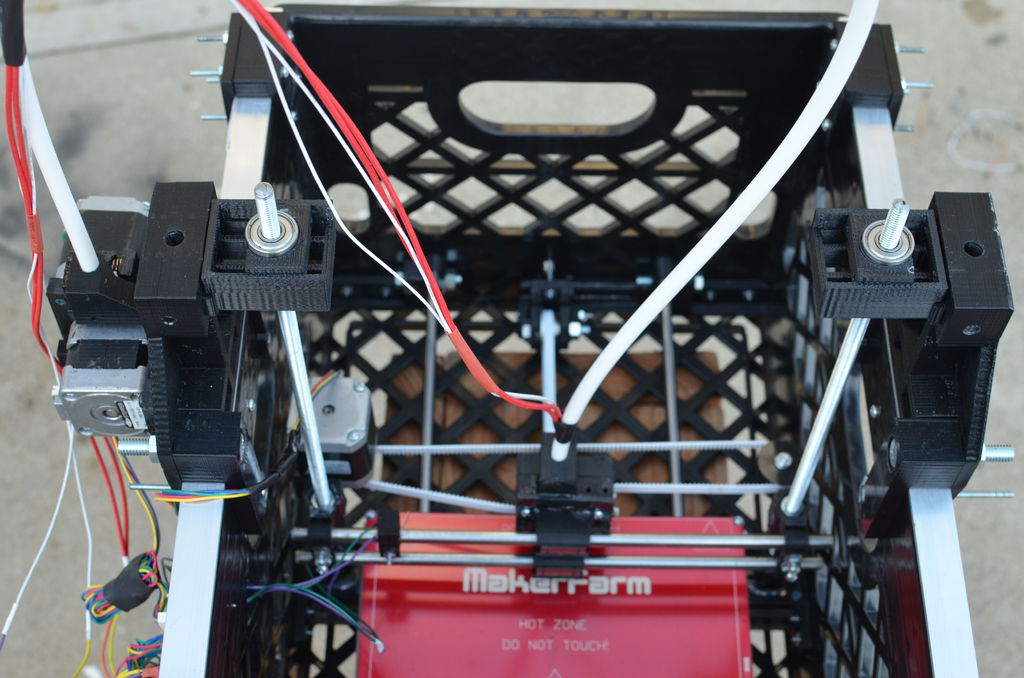 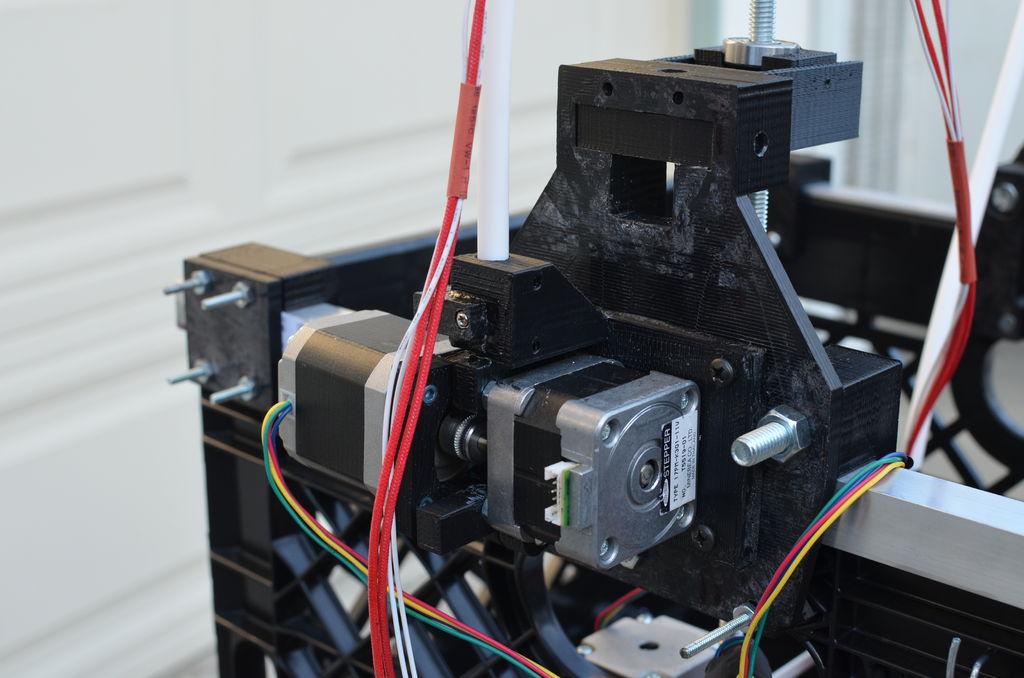 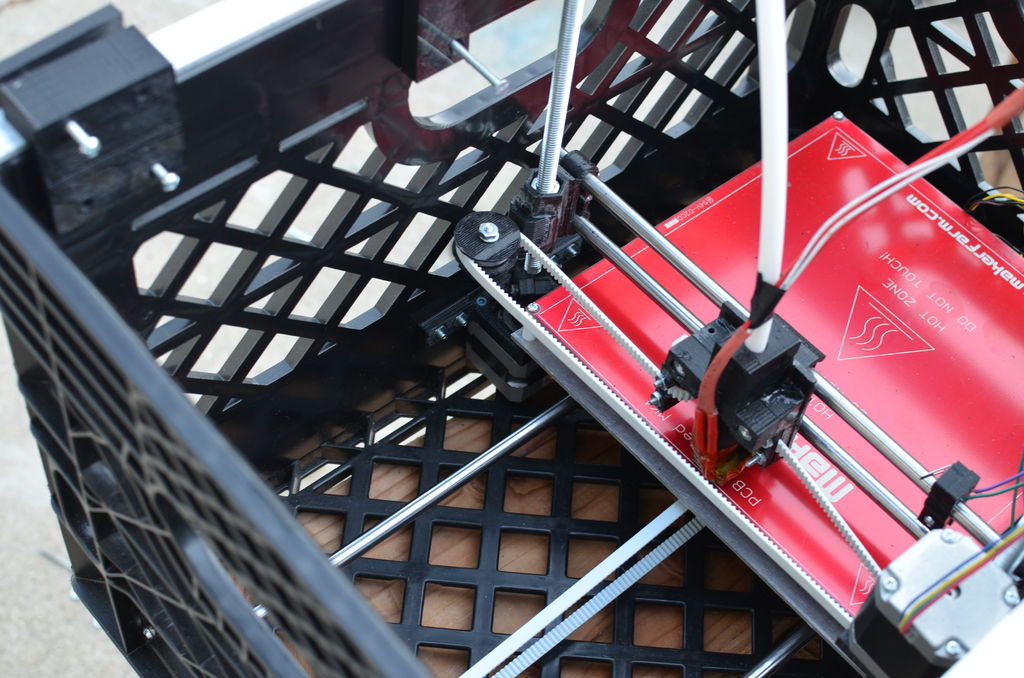