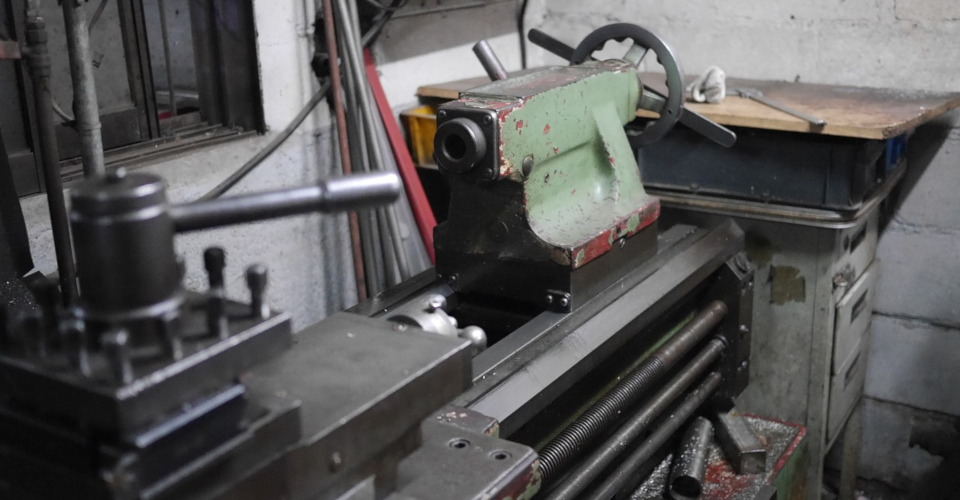 The Different Types of Milling Machines and Cutters

by Joseph Flynt
Posted on July 20, 2020
17 Shares
3D Insider is ad supported and earns money from clicks, commissions from sales, and other ways.

Milling machines are a staple of manufacturing, whether modern or old-fashioned. Milling is another type of subtractive manufacturing and is considered to be one of the most essential of the manufacturing processes. It is a method by which custom-shaped parts can be created by cutting away material from a single solid block.

To better understand milling as a manufacturing technique, we’re taking a glimpse into how it works. To this end, we’ll also need to look at the different types of milling machines and cutters – each one works differently, after all. Lastly, we’re going to look at the merits and demerits of milling as a manufacturing technique.

What is milling and how does it work?

Milling is a subtractive manufacturing process that uses rotary cutters to remove material from a single block, called the ‘workpiece,’ to achieve the desired shape and size of a part. A variety of machine tools have been developed and used for milling, augmented in more recent times by the advent of Computer Numeric Control (CNC) technology. Today’s CNC milling machines are extremely fast, accurate, and consistent in performance.

For many people, making the distinction between milling and drilling can be difficult – after all, they both use rotary cutters to remove material. The difference lies in the direction of the cut that the tool makes. In drilling, the cutting tool advances towards the workpiece at a direction parallel to the axis of rotation of the tool. In milling, the tool cuts at a direction that is usually perpendicular to the tool’s axis of rotation.

The cutting mechanism of milling has several consequences on how the cutting tool has to be designed. The rotary tool is built with several cutting edges along its perimeter. The main physical process that removes material is shear deformation – as a cutting edge comes into contact with the material, it pushes off discrete portions of the material and removes them as clumps.

Milling is a very versatile technique that can cut through materials, drill holes through them, carve specific shapes across a block, and make threaded holes. The speed at which the cutting tool rotates, as well as the rate in which the tool advances through the workpiece, can also be varied according to the dimensions of the cut and the material of the workpiece.

The types of milling machines 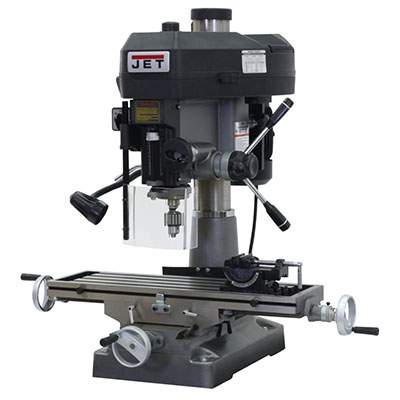 The knee-type is the most common orientation for a milling machine, characterized by a worktable resting on a saddle that is supported by a vertically adjustable knee. The knee can be adjusted up or down along a rigid track parallel to the column of the machine and can be clamped in place to position the workpiece in a precise and stable manner.

A knee-type worktable can be combined with different types and orientations of the milling cutter to fit specific purposes. In any case, the presence of the knee provides both support for the workpiece and a means to adjust its position relative to the spindle that holds the cutting tool.

Considered the most versatile type of milling machine, a turret mill simply has a stationary spindle for holding the cutting tool. The worktable then moves along all three axes to allow the cutting tool to access its parts as dictated by the design. The spindle can be raised or lowered along a quill but has to be fixed in place during the milling operations.

Turret mills are preferred due to their versatility and the design freedom they provide. However, they are only practical as long as they remain small. For larger and heavier workpieces, moving the knee up or down becomes prohibitively power-intensive.

In a bed mill, the adjustable knee does away with the capability to move the worktable vertically. This means that the spindle needs to be adjusted if there are variations in depths that need to be cut on the workpiece. This reduction in versatility can be quite inconvenient especially for complex designs, but it becomes a necessity when working with workpieces that are exceptionally large or heavy.

Again, an adjustable knee allows for the vertical movement of the worktable. The spindle for a standard horizontal milling machine is typically fixed in position, which means that the worktable must move at directions parallel to the horizontal spindle.

A ram-type milling machine is a modification of either the universal or universal horizontal versions. The main difference is the presence of a fixed track that allows for the forward and rearward movement of the horizontal spindle that holds the cutting tool. This allows for more complex designs, as cuts no longer need to be restricted along a single horizontal axis. The moving spindle can also be combined with the swivel rotary table for more design freedom.

The types of milling cutters

Milling cutters may look different but they all have the same basic features – teeth that act as the cutting edges, flutes that remove the material cut by the teeth, and a shank that helps the machine spindle hold the tooth in place. The angle of the teeth and flutes is known as the helix angle. The helix angle can also vary for each application. Cutting tools typically have 30-degree helix angles, while steeper ones up to 60 degrees are reserved for finishing tools 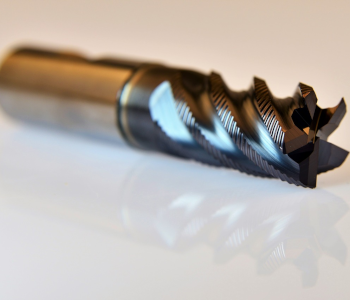 The end mill is the most standard cutting tool used in milling machines. It has cutting edges on both the bottom and the sides, making it suitable for cutting in both the radial and axial directions. Although ‘end mill’ can be used as a catch-all term for any cutting tool that satisfies the description above, it is generally used to refer to the version with a flat bottom.

A ball cutter, also known as a ball end mill, is an end mill with a hemispherical bottom. This makes it suitable for making contoured cuts. When making plunging cuts, a ball end mill also reduces stress accumulation by adding a curved radius to what would normally be perpendicular faces.

The appearance of a face mill can be described as a wide diameter hob with cutting edges placed along its sides. They are designed to cut facing the workpiece, thus creating wide grooves very quickly and efficiently. Most face mills used today aren’t solid all throughout. Instead, the cutting edges used are removable and disposable carbide inserts. This reduces the need for tooling changes and cuts back on downtime.

A thread mill is designed to make screw threads on the workpiece, which are essential for assembly. To achieve this, a thread mill also has the same angled cutting edges found in a standard end mill, flutes for removal of the material, and a flat bottom. However, the cutting edges of a thread mill have also been etched with the helical pattern needed for a screw thread.

Compared to other forms of threading, thread milling is considered to be the fastest and most versatile, as the same tool and machine can be used to create either right-hand or left-hand screw threads.

The hob is the cutting tool for a hobbing machine, a special type of milling machine that creates gears, sprockets, and splines. A hobbing machine is quite unique in that it has two spindles – one for the hob and one for the cylindrical workpiece. The two spindles are offset from each at angles that depend on the part being created. For instance, the two spindles need to be perpendicular to each other when creating a standard gear but have to be angled when making a gear sprocket.

There are about a dozen other cutting tools used in milling that we haven’t mentioned here. Aside from the selection of the appropriate cutting tool, the direction in which the spindle rotates also plays a role in determining the quality of the finished part and the performance of the machine.

Conventional milling tends to accelerate wear on the cutting tool and results in poor finish but requires less load on the machine. Climb milling is more power-intensive but extends tool life and results in dramatically improved surface finish on the part.

Milling is one of the more complex manufacturing processes. Not only does it require a lot of moving parts and naturally hazardous tools, but there’s also the whole matter of variety – there are so many different milling machines and cutting tools that picking one for the job requires an ample level of expertise.

The examples we’ve cited here just scratch the surface of modern milling technology. There are many more options that we have failed to mention, simply because there are too many of them. In any case, this only proves how versatile the milling process is as a manufacturing technique.