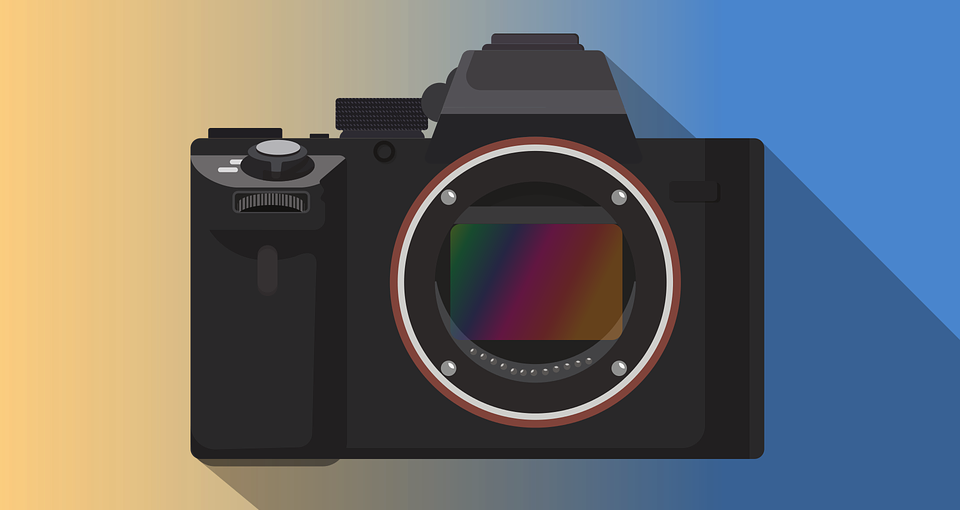 by Joseph Flynt
Posted on May 1, 2018
7 Shares
3D Insider is ad supported and earns money from clicks and other ways.
DJI has just released the Mavic Air 2. See all of the specs here.

Photography is evolving rapidly, and traditional camera technology is being challenged. Mirrorless cameras are making their mark with a range of benefits over their DSLR counterparts.

If you’re interested in one of these devices, then we have compared the crucial specs of the major models below. We will explain how they work, as well as their advantages and disadvantages.

You can get started by checking out the table below.

What are Mirrorless Cameras?

Traditionally, all cameras used a mirror to reflect light through a prism and onto a viewfinder. Doing so would show users how the final image would turn out. Once they clicked the shutter, the mirror would shoot up, and the photo would be taken. These cameras are known as DSLRs and have been popular for both film and digital photography.

A mirrorless camera’s imaging sensor is exposed to light at all times. Users can see a preview of the image on an LCD screen or a digital viewfinder. No mirror is necessary at all.

What is the Main Advantage of Mirrorless Cameras Compared to DSLRs?

These cameras weigh less because they don’t have a mirror or prism. They also have smaller dimensions. That’s why all compact cameras and phone cameras are mirrorless.

Mirrorless cameras edge ahead of DSLRs when it comes to video quality. 4K video has become much more prevalent. Even cheaper mirrorless models can offer 4K video, which is something only more expensive DSLRs can offer.

Mirrorless cameras can hit higher burst speeds than their DSLR counterparts. The reason is due to less moving parts as well as more powerful image processors. You will notice that cameras such as the Sony a9 and Nikon 1 V3 have max bursts of 20fps. DSLRs typically top out at around 14fps. If you’re an action photographer, then a mirrorless device might be perfect for you.

What is the Main Disadvantage of Mirrorless Cameras Compared to DSLRs?

Mirrorless cameras don’t currently have the same array of lens options as DSLRs. This is especially true for Sony, Panasonic, Fujifilm, and Olympus mirrorless cameras. They simply can’t compete with the vast array of lenses that Canon and Nikon have developed for their DSLRs.

Battery life is also noticeably less. Most DSLRs can take 600-800 shot on a single charge. Mirrorless devices typically take 300-400. If you do purchase a mirrorless camera, then aim to get a spare battery as well.

What to Look for When Selecting a Mirrorless Camera?

Sensor size is the number one spec to consider. Larger sensors simply take higher-quality shots than smaller sensors. While megapixels are also relevant, they are overrated when it comes to sensor size. We have shown the main sensor sizes from biggest down to smallest.

The more autofocus points a camera has, the easier users can hone in on subjects and even track their movements. More points also enable autofocus systems to work faster.

If you plan to shoot sports games, moving wildlife, or other action scenes, then you will want a fast burst mode. Taking one picture at a time is simply not enough to capture great shots of moving subjects. Aim for a camera with a burst of 10fps or more.

If burst mode isn’t enough then consider taking videos. All these mirrorless devices can record high-definition (1080p) footage. Many can also record ultra-high definition (4K) footage. Just make sure you pay attention to the video frame rate. The higher the speed, the smoother and sharper the footage will be.

Don’t forget to consider your budget. Mirrorless cameras are available at a range of price points. If you’re a casual photograph then you can get a high-quality device for under $1,000. Of course, if you’re a professional or semi-professional photographer, then you will find a range of high-end options that compete with the most powerful DSLRs.

Our Recommendation for Top Performance

When it comes to performance, it’s hard to beat the Sony a9. This 24 megapixel, full-frame camera can take outstanding photos. A sophisticated autofocus system makes it simple to hone in on subjects. If you’re an action photographer, then you will be blown away by a 20fps burst. The camera can also record 4K footage at 30fps. Of course, it doesn’t come cheap with a $4,300 price tag.

Our Recommendations for Action Photographers

The above mentioned Sony a9 is ideal for action photographers. However, there are cheaper options. The Panasonic Lumix G9 has a 60fps burst (this may be overkill) and only costs around $1,700.

Our Recommendation for Overall Value

If you’re after a mixture of power and affordability, then consider the Sony a7 III. This camera is the cheapest full-frame camera available. You will be able to take excellent shots in any lighting condition due to the device’s significant ISO range of 100 – 51,200. A comprehensive 425-point autofocus system makes it easy to focus on subjects. A 10fps burst is effective for action photography. Finally, if you’re after video footage, then you can record 4K at 30fps and 1080p at a whopping 120fps. These are considerable specs for the $2,000 price tag.

Our Recommendation for Those on a Tight Budget

If you want an entry-level mirrorless camera, then the Panasonic Lumix GX85 is a solid option. A 4/3” sensor can take respectable shots. A 10.5fps burst is also effective for shooting moving targets. This device can even record 4K video. Not bad for about $600.

You don’t want to rush your decision. A mirrorless camera can be an investment that will serve you well for years to come. Just make sure you thoroughly compare each model because you don’t want to spend hundreds or thousands on a device that is missing something crucial.