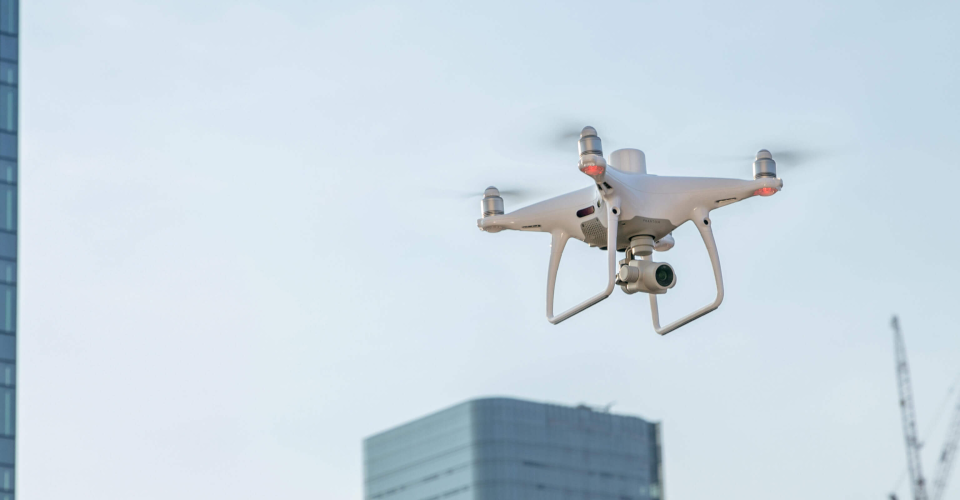 Most Expensive DJI Drone That You Can Buy

by Joseph Flynt
Posted on November 22, 2020
17 Shares
3D Insider is ad supported and earns money from clicks, commissions from sales, and other ways.
DJI has just released the Mavic Air 2. See all of the specs here.

DJI is the leading consumer drone brand in the world. Everyone from vloggers to photographers to hobbyists uses DJI drones. DJI has an extensive lineup of drones that cater to users of all budgets and of all skill levels. Whether you need a toy drone, a serious photography drone, or a professional drone for film-making, DJI has all the areas covered. DJI was founded as recently as 2006 and is not as old as iconic photographic equipment makers like Nikon or Canon. In a relatively short span of time, the company has gone on to become the number one drone brand in the world.

There is clearly a lot to talk about when it comes to DJI drones. In this article, we will focus on the most expensive DJI drone. These are the drones in the professional and enterprise categories. In particular, we will look at the Inspire 2, which is DJI’s flagship professional drone and can cost anywhere between $3,299 and $9,399. We will also discuss the Matrice 600 Pro, with a price tag of $6,599, and the Phantom 4 RTK, which costs $6,500. The Matrice 600 Pro and the Phantom 4 RTK are both enterprise drone models. 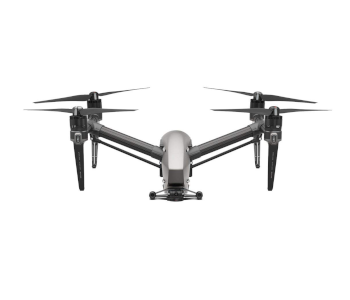 The Inspire 2 is DJI’s professional segment drone. The Inspire series was a milestone DJI drone series because it allowed users, for the first time, to choose the lens that they wanted to use on their drone cameras. Since the Inspire 1, DJI has come out with an improved Inspire 2 drone. The Inspire 2 drone can film 6K video at 30 frames per second. The Inspire 2 is also a fast drone. It can go from 0 to 50 mph (80 kph) in a mere 5 seconds. In the sport mode, it can hit a top speed of 58 mph (94 kph). The maximum descent speed is 9 m/s. The agility of the Inspire 2 allows for great action shots. Plus, there are pre-programmed flight modes like TapFly, ActiveTrack, and QuickSpin that can do maneuvers which only trained professionals would have done a few years back.

The Inspire 2 also has a dual battery setup which prolongs the flight time and provides some redundancy as well. The Lightbridge technology used in the Inspire 2 allows the drone to transmit video as far as 4.3 miles or 7 km. The camera/lens choice was the unique feature of the Inspire series and the Inspire 2 supports the use of the Zenmuse X4S, the Zenmuse X5S, and the Zenmuse X7. The Inspire 2 also comes with CinemaDNG RAW and Apple ProRes codec licenses pre-installed. So, recording 5.2K and 4K video in a format that makes post-processing easy is a plus point. 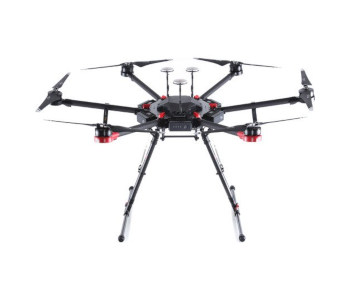 The Matrice 600 Pro is a heavy-duty performer with features that professional cinematographers will appreciate. The Matrice 600 Pro has a six-rotor design, which means that even if one rotor stops functioning, the remaining five rotors can still keep the drone going. This feature is useful when filming professional content where downtime can be costly. The same concept of redundancy is seen in the batteries of the Matrice 600 Pro. The drone runs on six separate batteries. So, if one of the batteries stops working, the drone still flies on the remaining ones.

The Matrice 600 Pro has a maximum hovering time of 38 mins. The maximum flight time varies with the camera used on the drone. For example, when using the Zenmuse X5 or the Zenmuse XT, the flight time can be 35 mins. However, with heavier payloads, the time can drop to as low as 16 minutes. The drone can accommodate a maximum payload of 10 kgs. The Matrice 600 Pro can fly 1.5 miles above sea level.

The Matrice 600 Pro is bundled with the powerful A3 Pro flight controller and the Lightbridge 2 system. The A3 flight controlling system uses information from multiple sensors and algorithms to provide superior stable performance. Overall, the Matrice 600 Pro is a drone for filmmakers that want a wide range of camera options and a high payload capacity to accommodate the high-grade equipment. 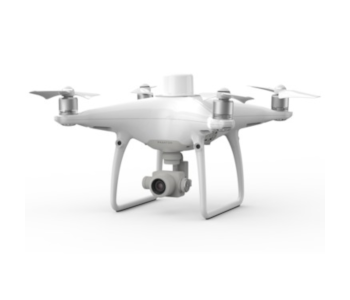 The Phantom 4 RTK is another one of DJI’s enterprise drone models. It was one of the first heavy-duty drones designed for professional cinematographers. Like the Matrice 600 Pro, the Phantom 4 RTK is also has a six-rotor design. It uses a 6 battery setup as well and this ensures that there is redundancy and prolonged flight time. Even if one rotor or one battery stops functioning, the drone will continue flying and complete filming the segment that it was meant to.

The Phantom 4 RTK allows a maximum payload of almost 15 kgs. The letters “RTK” in the name of the drone stand for Real Time Kinematic. It is a GPD correction feature that provides corrections to location data during surveys. This drone is especially useful for mapping areas and conducting surveys of building and construction sites. The maximum altitude of the drone is only 33 feet. However, this drone is not about altitude. It is about accurate mapping at low-altitudes. The drone has a hovering accuracy of 0.1m horizontally and vertically when the RTK feature is enabled.

The six batteries of the drone provide a maximum flight time of 30 minutes. The maximum speed of the Phantom 4 RTK is 36 mph (58 kph) and it can transmit its video as far as 7 km, the same range as found in the Matrice 600 Pro. The Phantom 4 RTK uses a 1-inch CMOS sensor camera that delivers 20 megapixels. The drone is believed to be priced at $6,500 and is available through DJI’s distributors.