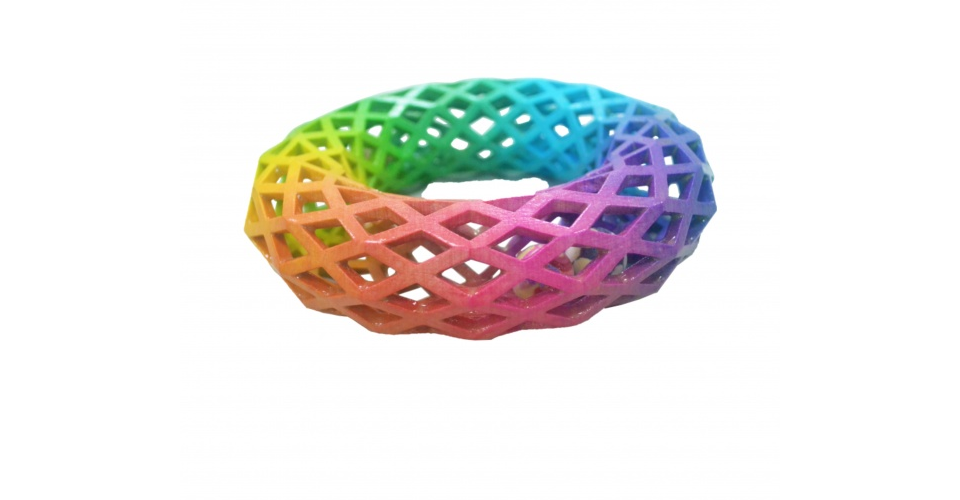 The Best 3D Printers for Multicolor or Full Color

by Joseph Flynt
Posted on March 10, 2021
19 Shares
3D Insider is ad supported and earns money from clicks, commissions from sales, and other ways.

In this article, we’re moving past the idea of 3D printing in several colors using multiple extruders (or even just a single extruder). Instead, we’re going to focus on a more advanced type of 3D printer – multicolor 3D printers.

A multicolor 3D printer is a type of printer that can replicate models in full color. This means that it has an integrated color delivery system on top of being a 3D printer. Although these printers have been around for a few years, the technology is yet to become mainstream. What are the available options for multicolor 3D printers?

How do multicolor 3D printers work?

Multicolor 3D printers are distinct from multi-extruder printers in that they do not rely on differently colored raw materials or filaments. Instead, the color infusing technology is built right into the 3D printer.

Right now, there are only a few available models for full-color 3D printing. These can be categorized into two general classes – those that are based on FDM technology and those that use Binder Jetting technology. These models take different approaches to enhancing 3D prints with colors, although all these methods rely on some form of 2D jetting of ink.

Printing in multicolor 3D printers is only possible by incorporating surface or color data in the model that is sent to the slicer. In most cases, the color is only infused into the outer layer of the shell of the finished print. This reduces ink consumption and speeds up the 3D printing process.

If you’re looking for a multicolor 3D printer for casual use, the bad news is that there isn’t exactly a “budget” option. Full-color 3D printing is very much still a niche technology that is offered only by a handful of manufacturers.

The flagship full-color 3D printer from the XYZprinting brand, the Da Vinci Color is an FDM printer with a CMYK inkjet. It only has a single extruder, through which the brand suggests using plain white PLA filament.

Just like an inkjet printer, the Da Vinci Color has separate replaceable cartridges for its CMYK colors. The four colors can combine to create 16 million distinct hues. This ink is infused into each layer as it is printed.

The printer uses a special white PLA filament (sold by the manufacturers) which has better absorption behavior. The brand also sells metallic PLA and carbon PLA filament that are compatible with the Da Vinci Color printer.

Although the printer looks great on paper, it had several imperfections that held it back from being more popular. The most serious of these was the fact that the ink cartridges ran out rather quickly and were very expensive. This quickly made using the Da Vinci Color printer very expensive, especially if you account for misprints and other errors. 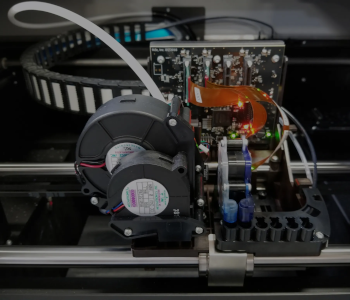 The XRIZE from Rize is another full-color 3D printer that uses FDM technology. Unlike the Da Vinci, the XRIZE is a large 3D printer designed for industrial applications and commercial prototyping.

Although details are scant about the specs of the XRIZE, there are certain facts that reveal that it’s not just your usual FDM printer. According to Rize, the printer uses a patented Augmented Polymer Deposition technology that allows jetting of release agents for smooth removal of support materials. This same technology is used to jet colors from ink cartridges to embed graphics and text onto the filament material. 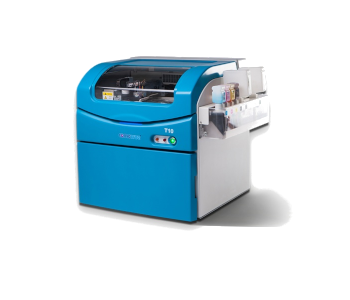 Printing in full color goes remarkably well with powder-based 3D printing. This is because each layer of the powdered raw material is set in place by jetting them with a custom binder agent. This binder agent can be customized to take on physical characteristics such as increased toughness or a glossier finish.

The same binder agent can be used as the delivery mechanism for integrating color to prints made using the ComeTrue 3D printer. The advantage of powder-based 3D printing is that it can create models that are much more detailed compared to FDM. 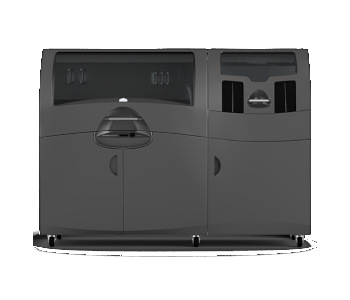 The Projet CJP 660 is another example of a multicolor powder-based 3D printer. As with other entries in this list, the 660 Pro uses a four-channel CMYK module to deliver millions of possible color combinations to a custom-designed 3D print. This is a large-scale 3D printer designed for commercial and industrial applications.

Aside from the level of detail and quality, throughput is another strong point of the 660 Pro. Boasting up to ten times faster throughput than other 3D printing technologies, the 660 Pro is an excellent machine for building multiple models or large models composed of several parts.

As with the ComeTrue printer, the 660 Pro also uses the binder agent as the delivery mechanism for the colors. This allows for refined color control that can make smooth gradients and consistent hues. The 660 Pro can also print in pure black and white which gives you another 35% speed boost.

3D printing in full color is something that most people in this industry or hobby look forward to. Right now, we’re stuck using multi-extruders or simply painting finished 3D prints. It would definitely be a lot faster if our projects came out in full color right out of the 3D printer.

Although this technology already exists, we wouldn’t exactly describe it as accessible. The only desktop multicolor 3D printer, the Da Vinci Color, was met with an underwhelming response. We’ll just have to wait and see which major 3D printing brand steps up to this plate. Until then, we’ll have to make do with our monochromatic filaments.