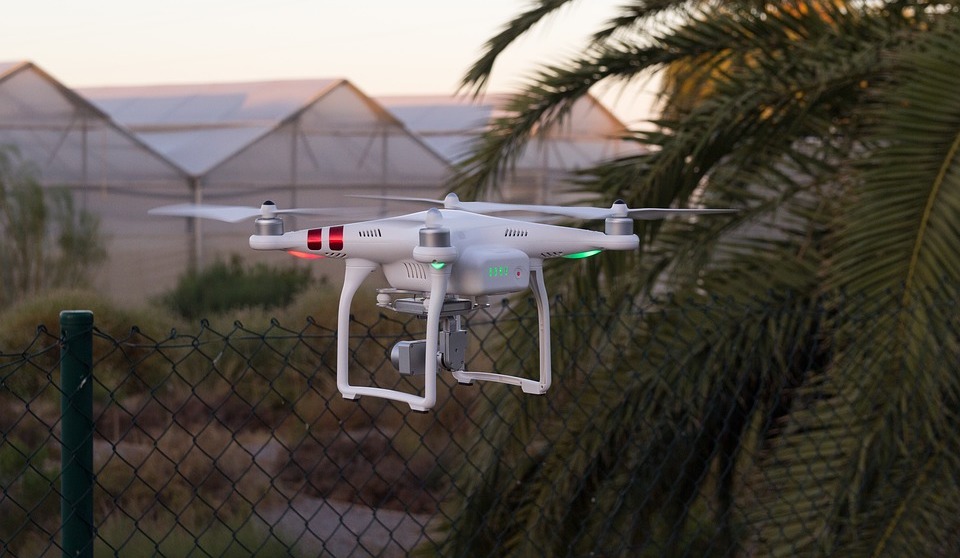 What to Do If Your Neighbor Has a Drone

by Neeraj Chand
Posted on September 27, 2017
31 Shares
DJI has just released the Mavic Mini. See all of the specs here.

Imagine having a nosy neighbor. Someone who keeps a sharp eye on everything that goes on in your house, and then discusses it at length with other people in the neighborhood. Such a neighbor can make you feel insecure in your own home, as though you have a spotlight shining on your every move.

Now imagine if that neighbour has the ability to fly over every part of your house, has a bird’s eye view of every inch of your personal property, and can even record your daily movements. This is exactly what happens when you have a nosy neighbour who owns a drone.

It is usually expected that drone pilots have enough decency not to use their winged, mechanical minions to spy on their neighbors. But the truth is many drone enthusiasts will happily ignore this common courtesy and turn their recreational drones into spy drones.

Laying Down the Law

So what can be done to avoid invasive drones? This is actually a question that has stirred up quite a lot of debate ever since consumer drones first came into the picture. In America, the FAA is responsible for creating laws relating to use of drones.

Last year, they released an amendment to the original drone laws which focussed more closely on providing guidelines for use of Small Unmanned Aircraft Systems, a.k.a recreational drones. The main points specified in the rules are:

Reasonable Cause for Filing a Complaint

While the above-mentioned rules are reasonably clear, they don’t go into any specifics about flying the drone over private property. Thus, the rules about flying drones over personal residences remain murky. However, there are some legitimate reasons you can put forth while lodging a complaint about a neighbour’s drone:

The Need for Framing Better Laws

The FAA has done a lot to lay out clear rules relating to the use of commercial drones, or drones used in public areas. But a lot more needs to be done to develop a framework for the operation of drones over private homes.

While many look to the FAA to shoulder the responsibility, the truth is the FAA is a national organization with limited resources. It’s not possible for them to individually track and punish every owner of a toy drone that oversteps its bounds.

That is why the FAA relies on local law enforcement agencies to help control the menace of private drones being used for sinister purposes. The Agency’s Law Enforcement Guidance for Suspected Unauthorized UAS operations is a partnership between the FAA and LEAs (Local Enforcement Agencies) to address the privacy concerns raised by proliferation of recreational drones.

The main question that needs to be answered definitively before crafting neighbourhood laws for drone use is what exactly constitutes illegal use of a drone? How high does a drone have to go before it is deemed to be within spying range of other houses?

Does being able to view someone else’s garden through the drone constitute privacy invasion? But then why not apply the same law to a regular person who can walk past a neighbour’s garden and view whatever is going on inside? What should the penalty for illegal use of drones be? A Fine? Jailtime? Confiscating the drone? Banning all drones from the area?

What You Need To Do

All such questions will need to be answered before we finally arrive at a set of drone laws that are acceptable to the majority of the people involved in the debate. But until those laws are put in place, here’s what you can do to address the problem of nosy drones:

The worst thing you can do in such a situation is to overreact. Different people have different views of privacy, and your neighbor may not be aware he is doing something you consider invasive by flying his drone over your house. Talk to your neighbor and make it clear to him that you consider his actions to be an invasion of your personal space.

Also, if the drone has caused damage to your house through its movements, you can file a case against your neighbor for destruction of personal property.

Take pictures of the drone flying over house. Record a video of the machine using its camera to spy on your house. Keep any of your personal property that has been damaged by the drone as proof of an attack on your home.

Once you have gathered the necessary evidence, you can go to your local authorities and take their help in dealing with your neighbor’s drone.

Neeraj Chand
He writes about the latest news in technology and pop culture for a number of websites, and has a special interest in drone tech.
0 comments
Share now:
31 Shares
YOU MAY ALSO LIKE
SEE MORE