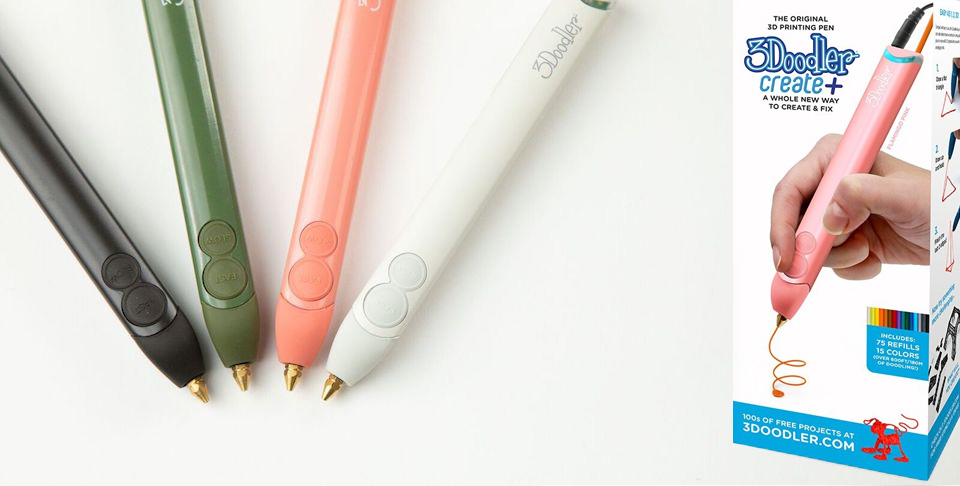 by Joseph Flynt
Posted on June 5, 2018
13 Shares
3D Insider is ad supported and earns money from clicks and other ways.

3Doodler has just released a brand new 3D printing pen this morning called the Create+. The pen is available to order immediately for $79 on Amazon.

The major upgrade behind the new model is a dual drive system which improves the power, durability, and reliability of the device. This is the first 3D pen in the world to incorporate dual drive technology and it has been shown to result in fewer jams. In fact, the company has claimed that it’s almost entirely jam free now. So far in our tests of the device, we have seen this to be true.

The dual drive system allows for the use of new materials too. The company has released a new filament called Flexy, in addition to the previously supported PLA and ABS plastics. Flexy is the perfect material for creating iPhone cases and other parts where you want a bit of malleability.

The 3Doodler Create+ also features an improved heating algorithm, auto retraction to prevent oozing, and more finely tuned fast and slow settings. The box has also been overhauled to create a better user experience. Opening the packaging is a lot of fun and it reminds us of opening a brand new Apple product. Most importantly, everything just works straight out the box. It’s easy to understand what you need to do to get started and you can start your first doodle in seconds. 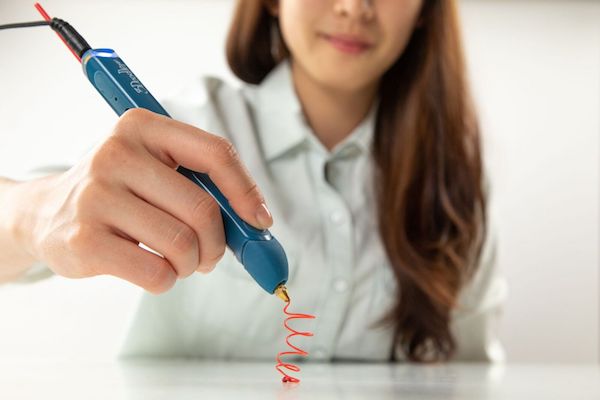 3Doodler envisions the Create+ as the product that will herald the maturation of the 3D pen industry. “It’s time to start holding 3D printers and 3D printing products to a higher standard,” said 3Doodler co-founder Maxwell Bogue. “Faulty early-generation products are no longer acceptable to the community, or end users.”

3Doodler invented the first 3D pen back in 2013 when they received $3.89 million in funding on Kickstarter. To date, the company has sold over 1.4 million units and become the best selling brand in the industry.

The Create+ is the company’s fourth iteration and a marked improvement over the previous version. It’s obvious that the company has listened to user feedback on the previous model and spent a lot of time and money upgrading it. The best part of the new pen is that it’s backwards compatible with the Create. This means that all of your filament and accessories will still work with the new version. 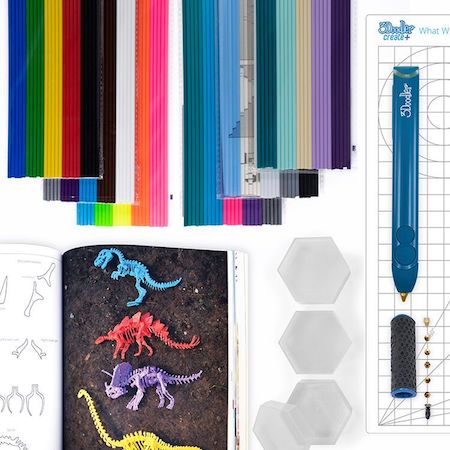 The Create+ comes with more filament than any other 3D pen that’s available right now. The biggest problem with most 3D pens is that you only get to draw an item or two before the fun is over because you run out of material. With at least three packs of filament, there’s fun to be had for everyone.

The reason why we love 3Doodler over other 3D pens is because they make it so darn easy to get started. The instruction manual is by far the easiest to understand that we have seen. But more importantly, there are a ton of templates that you can use to create the Eiffel Tower or a pair of glasses from the get go. This is really appreciated since 3D pens can take time to learn how to use.

Overall, we are enjoying the all new 3Doodler Create+ a ton, and the company has cemented its spot as the best 3D pen with its release. If you are planning on getting one, order fast because sales are expected to be high.