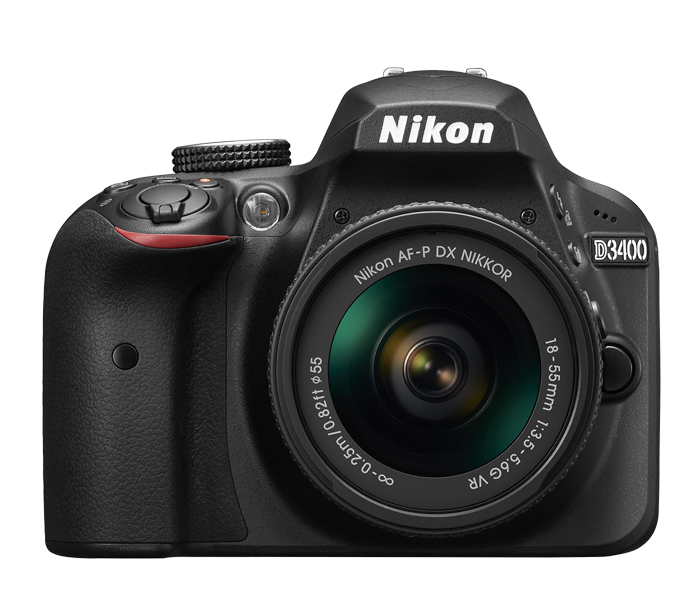 by Joseph Flynt
Posted on March 16, 2018
15 Shares
3D Insider is ad supported and earns money from clicks, commissions from sales, and other ways.
DJI has just released the Mavic Air 2. See all of the specs here.

If you’re in the market for a powerful camera then the Nikon D3400 and Canon T6 are ideal devices. Of course, they have some key differences when it comes to photography and performance. To help you decide, we have compared them both across a range of categories. We will let you know precisely which is best, regardless of what kind of photographer you are.

The megapixels possessed by a camera’s sensors are possibly the most important specification. They dictate the overall quality of the images produced. Each megapixel is one million pixels, and these squares of data are what make up a photo: The more, the better.

The D3400 has a 21% greater sensor area than the T6 (18.54 vs 15.28). Now bigger is normally better. Larger sensors can capture more light and generally lead to higher quality images. They are also better at isolating a subject from the rest of the landscape.

ISO is a camera setting that determines how bright or dark a photo will turn out. The higher the number, the greater the brightness. Now, the D3400 has a greater max ISO than the T6 (25600 vs 12800). This provides greater flexibility when shooting in low light conditions.

Users will discover that both cameras offer burst mode capabilities. What this does is allow many shots to be captured in rapid succession. This is handy when filming a moving subject. You can take dozens of photos if you wish and then sort through them later, to find the perfect position or angle.

The D3400 can take 5.1 shots a second when in burst mode. In contrast, the T6 can only take 3. This makes the D3400 the better choice for sports and action photography.

You’re not just limited to still photography as each camera can record 1080p video. The D3400 can do so at 60fps while the T6 can only hit 30fps. Both cameras can also record 720p footage.

A camera’s autofocusing capabilities are important for zooming in on subjects. The more AF (auto focus) points available, the easier is to hone in on what you really want to capture.

Neither model provides a tilt-swivel screen.

You’re probably used to a touchscreen phone. However, neither cameras’ screen makes use of this technology. You will need to navigate menus by clunking away on buttons.

The T6 has built-in Wi-Fi, which is handy for backing up photos. Users won’t have to rely entirely on SD card space. It also allows for instant uploads to Instagram, Twitter, and Facebook.

Unfortunately, the D3400 misses out on this feature.

While the D3400 doesn’t have Wi-Fi, it does have Bluetooth. This allows for connectivity while on the go. In fact, you can pair the camera with supported phones to backup and upload photos. However, it is still easier to cut out the middleman and upload directly (by using Wi-Fi).

The T6 misses out on Bluetooth.

The T6 costs approximately $450 on Amazon. This is for a new, standalone model. To get a lens kit, tripod, and other accessories you will need to pay around $650.

There are many different bundle deals available on Amazon. Make sure you compare the different options to get the best deal.

As you can see, the T6 is the more affordable camera.

Let’s clarify the important features that both models have in common.

Each camera also has some letdowns in common.

Let’s Tally Up The Points

The total scores are displayed below.

You should also check out the side-by-side comparison below.

It’s clear that the Nikon D3400 smashes the Canon T6 in almost every category. When it comes to taking photos, it wins out with more megapixels, a bigger sensor size, a higher ISO range, improved burst mode, and more AF points. Don’t forget about 60fps when filming in 1080p. It’s also the lightest and has a much greater battery life.

The only real advantage to getting the Canon T6 is that it incorporates Wi-Fi. If you’re on a budget, then you will also find that it’s around $150 cheaper.

For most photographers you’re better off paying the extra cash and getting the Nikon D3400. It is just a superior camera, regardless of whether you want it for daily, sports, landscape, or portrait photography. Of course, if you really can’t afford it, then the Canon T6 is still a decent camera for the casual photographer.