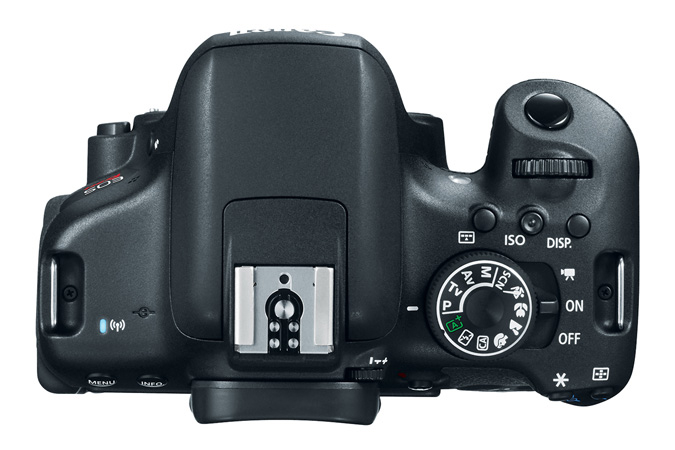 by Joseph Flynt
Posted on March 16, 2018
15 Shares
3D Insider is ad supported and earns money from clicks, commissions from sales, and other ways.
DJI has just released the Mavic Air 2. See all of the specs here.

The Nikon D3400 and Canon T6i are two high-powered cameras for serious photographers. It’s a close battle between each one. They each have similar performance; however, there are some key differences. We will assess precisely what these are so that you can determine which is the best buy.

Throughout this article, we will award points for different categories. These scores will then be tallied up at the end, and we will then discuss which model is ideal, depending on your preferences and budget.

More megapixels mean crisper, sharper photos. Each megapixel is one million pixels. These squares of data are the building blocks for an image. The more of them present, the more information that is contained in the photo.

In saying this, users will find that this category is, in fact, a draw. Both the D3400 and T6i have 24-megapixel sensors.

If you intend to undertake action or sports photography, then you will likely want to use burst mode. This function allows cameras to record a series of photos in quick succession. Photographers will end up with numerous photos of the same, fast-moving subject and will then be able to select the best options.

We have another draw in this category. Both cameras can shoot five frames per second when in burst mode.

To capture a subject in detail, it pays to make use of a camera’s autofocusing abilities. The more AF (autofocusing) points that a camera has, the more effectively it can hone in on a subject. The D3400 has 11 AF points while the T6i has 19.

The D3400 utilizes the Nikon F lens mount, which is compatible with 280 lenses. The T6i has the Canon EF/EF-S mount, which has 292 lenses options. Both cameras can be fitted with a range of standard, telephoto, and wide-angle lenses.

Overall, there is little difference in this category. Each camera has more than enough lens options. If you do end up purchasing one of these models, then you should try to get a lens kit with it. These are included in many bundle deals found on Amazon. You can also buy lenses individually for around $50-$100 each.

Both cameras can record high-definition video footage. Each model can record at 1080p. However, only the D3400 can hit 60fps when in this mode. The T6i is limited to 30fps.

If portability is important to you, then the D3400 is the best option.

The T6i has a far superior screen to the D3400. This camera has a touchscreen that swivels and tilts to different angles. The resolution is also higher (1.040k dots vs 921k dots).

The D3400, unfortunately, misses out on a touchscreen which makes it slower when navigating through the different menus. Its non-articulating screen also gives less flexibility when shooting.

The T6i has built-in Wi-Fi while the D3400 misses out on this feature. Having Wi-Fi enables photographers to be able to instantly backup their photos online, which makes them less reliant on SD card storage. They can also share images directly to social media.

Things do a reverse now. While the D3400 misses out on Wi-Fi, it incorporates Bluetooth instead. The T6i does not.

Users who want to record video with high-quality audio will want a microphone jack. They can then speak directly into it, to narrate their footage. The T6i incorporates this feature while the D3400 misses out.

The D3400 costs around $500 on Amazon. This is for a new, standalone camera. Bundle deals are also available for around $650. These include a lens kit, tripod, SD card and other accessories.

The T6i costs around $700 on Amazon. A bundle deal with a lens kit, tripod, SD card, and other accessories costs $850.

Overall, there is very little price difference between each model.

Both cameras have a lot of positives in common.

Both cameras have some flaws in common.

The total scores are shown below.

You should also check out the side-by-side comparison below.

Which Camera is Best?

It’s a tough decision. Both devices perform very well and have heaps in common.

If you plan to record a decent amount of video, then the Nikon D3400 is the better option. It can record 1080p at 60fps whereas the Canon T6i can only hit 30fps.

As for taking still shots, both cameras are very similar. They each have 24-megapixel sensors and 5fps burst modes. The only differences are that the Nikon D3400 has a bigger sensor area while the Canon T6i has improved autofocusing. We would probably go with the Canon T6i in this case, but it is really close.

We also like the Canon T6i’s articulating touchscreen and built-in Wi-Fi. This makes it more user-friendly than the Nikon D3400.

As for budget, there is little difference, so it shouldn’t even play a factor.