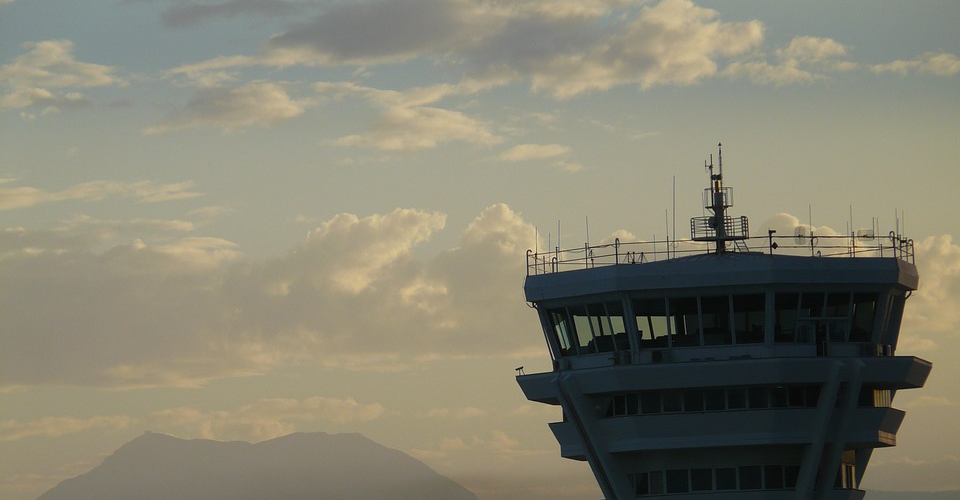 by Joseph Flynt
Posted on September 10, 2019
15 Shares
3D Insider is ad supported and earns money from clicks, commissions from sales, and other ways.
DJI has just released the Mavic Air 2. See all of the specs here.

Drone pilots, whether flying recreationally or professionally, have to contend with a lot of factors whenever they plan or execute drone flight missions – more so if they intend to comply with all drone flight restrictions. They need to watch out for incoming air traffic, take note of which class of airspace they are flying in, and anticipate how weather conditions can affect the flight performance of their drones.

Fortunately for drone pilots, there’s already a very handy system in place that will inform them of all these conditions even before they pack their drones up for a day out in the field. By reading up on NOTAMs during the planning phase, drone pilots can know what to expect during their drone flight mission. However, NOTAMs are heavily abbreviated messages that require a lot of experience to interpret. How can an amateur drone pilot understand these NOTAMs quickly and easily?

What are NOTAMs, and why are they important?

NOTAM stands for “Notice to Airmen,” an advisory that is sent out by the FAA in the interest of airspace safety. This system had been established way back in 1947 and has become a very useful method to inform airmen about events that could affect the safety of their flight activities. These events can range from small activities like the flight of other drones to major air traffic activities such as an airshow or a military flight exercise. NOTAMs can also be issued in the interest of national safety, such as during the movement of the President.

The NOTAM system is recognized internationally but there may be minor differences in how they are implemented in each country. In the US, NOTAMs have a complex classification system that groups advisories into five general types:

From the description of each type of NOTAM, it’s easy to see how checking for NOTAMs is worth the time of any drone pilot. There are even stories of drone pilots finding that the airspace right above their homes went under a TFR! Reading up on NOTAMs increases your situational awareness and is just one of the ways for you to make sure that you don’t violate any drone flight restrictions.

The problem with NOTAMs is that reading and understanding them is far from intuitive. NOTAMs have been designed to relay as much information as possible in a very short format, which means that they are incredibly abbreviated. Take, for example, this NOTAM:

This is a NOTAM issued from the Kankakee Flight Service and Chicago Center in Illinois that was released in February and is the 98th NOTAM issued under the accountability of this air traffic facility. It was issued to warn drone pilots of an obstacle, specifically a wind turbine farm with a distance radius of 2.5 nautical miles centered on the coordinate 414105N 890743 W. The wind turbines have a height of 264 feet above ground level. Moreover, the obstacles are not lighted. This sample NOTAM is valid from February 5, 2015, to December 31, 2015.

Now THAT is a lot of information derived from a string of text that looks like gibberish.

The ability to interpret NOTAMs is deemed by the FAA to be such an essential skill for drone pilots that it has been included one of the topics in the Part 107 knowledge test that commercial drone pilot needs to pass before they can get their license to operate legally. While answering a few multiple questions on NOTAMs is quite easy, putting that skill into practice is a bit more complicated. After all, there are so many types of information that can be included in a NOTAM that it can be tough to remember how to interpret all of them.

Fortunately, there are now several ways to use technology to help you interpret NOTAMs. You no longer need to bring a cheat sheet on NOTAM interpretation whenever you go out in the field for a drone flight mission. Just have a mobile device and an internet connection, and you’re good to go.

The best apps and online services for decoding NOTAMs 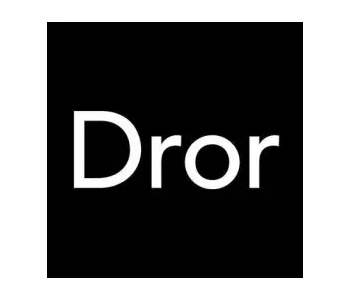 The most reliable NOTAM decoder we have encountered isn’t an app. Instead, it’s just a page in the website of the Dror Flight Training in Israel, a small flight school based in Israel that offers a training course for a Private Pilot License (PPL). To use the NOTAM decoder, just type in the full NOTAM on the provided text box, and you will get the interpretation of the NOTAM in native English without any abbreviations. Best of all, the decoder recognizes NOTAMs using either the ICAO or FAA formats.

The online NOTAM decoder does a good job of recognizing common abbreviations and expanding them, providing you enough information to know the circumstances described by the NOTAM. It’s still not perfect, though. It doesn’t recognize all the abbreviations that pertain to the accountable location and the affected location. However, those abbreviations can be easy to look up online or on any sectional chart. 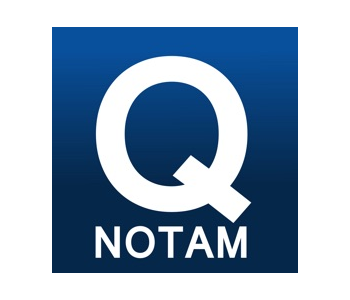 This mobile app for Android systems takes an entirely different approach to interpreting NOTAMs. Instead of accepting the full NOTAM format as used by the FAA, this app only accepts international NOTAM codes, or what is more commonly known as Q codes. A Q code, as its name implies, is prefixed by the letter Q followed by a group of four letters.

Q codes are even harder to interpret than the standard NOTAMs issued by the FAA. Since there are only four letters in a Q code, the information is highly abbreviated. This makes Q codes virtually impossible to understand without the use of some decoder. For instance, a QOBCE code indicates that there is an erected obstacle in the affected location of the NOTAM.

This is where the QCode NOTAM Decoder mobile app excels. Just input the four letters of the Q code, and the app will give you a direct interpretation of each letter. Take note that the app merely expands the abbreviated code – understanding it will all be left up to you.

The main limitation of this app is that it can only be used with Q codes. While some full NOTAMs can also include Q codes, this isn’t always the case. It’s still a nice lightweight mobile app to have on your phone, just in case. It’s also free, so there’s no harm in trying it out. 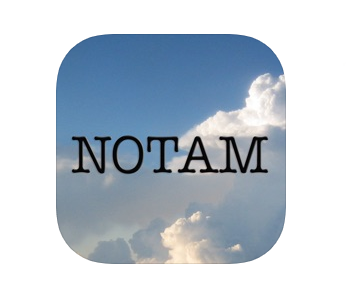 iPhone users who want a NOTAM Decoder app don’t have much of a choice outside of this one – the NOTAM Decoder from CodeBurners that you can download and install for $0.99. It’s a great little tool for determining what the abbreviation in the NOTAMs mean, although it does not interpret the NOTAM for you.

One thing we really like about this app is that it can also interpret the abbreviations from weather advisories such as METARs, TAFs, and SIGMETs. Having a quick reference tool on your phone for all these advisories will certainly be a great help, as it means that you no longer need to carry around a printed guide of all the contractions used in NOTAMs and weather advisories.

This NOTAM Decoder is pretty old. It was first launched in the App Store in 2009, and the last update was in 2015. It’s certainly useful, but the interface is very clunky and outdated. This app could be greatly improved if users can input a string of abbreviations which the app will interpret on-the-go.

Unfortunately, it doesn’t seem like the developer of the app is interested in further improving it, which is a shame because it has a lot of potential.

Drone pilots are treated with a bit more respect nowadays, with the US government recognizing that they can are responsible for kicking off an entire new industry of drone-based commercial services. With this respect comes a burden of responsibility. For instance, licensed drone pilots are expected to comply with drone flight restrictions and be familiar with basic airspace rules.

One of the fundamental pieces of knowledge for airmen is the ability to scan for relevant airspace advisories. NOTAMs are only one of these many advisories, but they can also be some of the most complex. The online services we have listed in this article will be a great help for interpreting NOTAMs, especially if you’re just starting out as a commercial drone pilot.

However, be careful not to use these online services as a crutch – more than the interpretations they provide, you have to be able to understand what these NOTAMs mean. As you can tell from our reviews of these NOTAM decoders, none of them are intelligent enough to fully interpret a NOTAM. Understanding the NOTAMs will still come down to you and your fundamental knowledge of common airspace conditions, obstacles, and hazards.