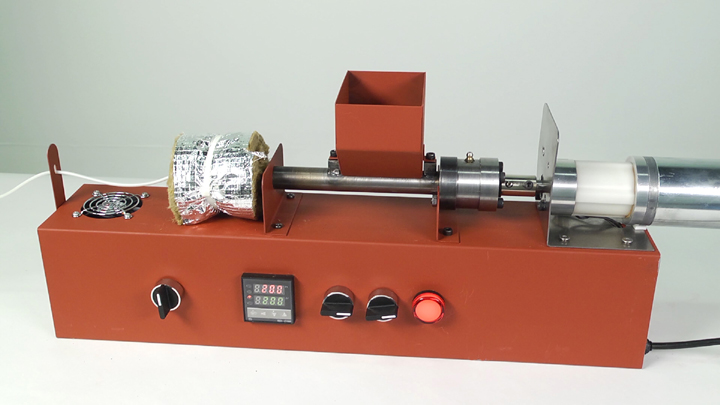 Once you’ve bought a 3D printer the only major cost is keeping a readily available supply of filament. Spools can often cost upwards of $50 to $60 for 1kg, but what if you could produce your own. Inspired by the Lyman Filament Extruder, a UK company has developed the Noztek Pro filament extruder. The Noztek Pro turns plastic pellets into useable filament, eliminating the middle-man and providing you with cheap filament on demand.

According to the company, the Pro will be able to produce 1kg of filament in roughly 3/4 of an hour or one meter per minute. The Noztek Pro has a variable speed control, giving users complete control over extrusion and an upgraded fear motor. They also expect customers will be able to save up to 70% of the cost of retail filament. Currently, the only two plastics that can be extruded are ABS and PLA, but more are expected to follow down the track.

“Most of the other extruder’s currently on the market are in kit form, which is great for the enthusiast, but as 3D printers become mainstream we felt that consumers would much rather have a plug and play model.” stated Noztek. “The Noztek Pro can be unboxed and is ready to use in about 15 minutes, just plug in, turn on the heater add the resin pellets, then turn on the motor and you will be extruding straight away.” 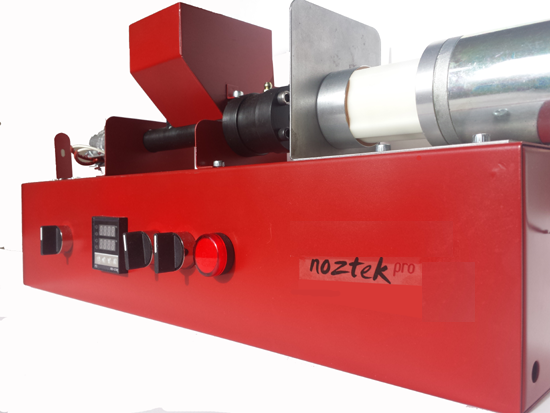 Noztek’s team of engineers are continually working on ways to improve filament extrusion speed and tolerance levels. They have already manufactured a larger screw with a bigger barrel and a channel depth of 0..25mm ( the channel depth is the distance between the screw flight width and the inside diameter of the barrel). This improves the melting process, which in turn provides much tighter filament tolerances.

“The new barrel is now one piece, while further improvements have been made to the thrust bearing arrangement and an upgraded local sourced heater element, which offers a more consistent nozzle temperature.”

“We are currently testing extrusion speed and particularly the filament tolerances as we are looking to achieve 0.04 or better to enable precise 3D printing. The whole unit has been designed to be upgradeable, which means current users can purchase an upgrade which will allow full control of the unit via a USB interface.” says the company.

The Nozetek Pro is available for £595 and the company will be releasing an additional winder kit at a later point. Check out the video below to see the Noztek Pro in action.