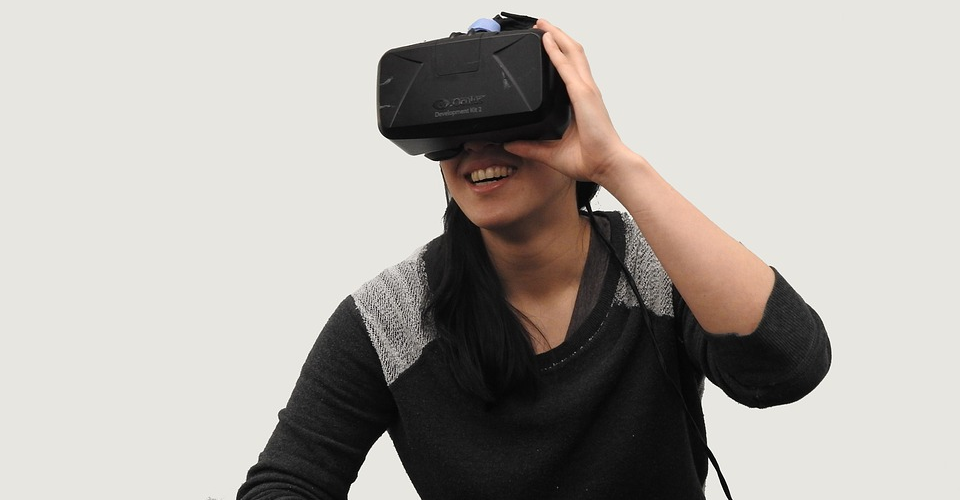 by Joseph Flynt
Posted on October 18, 2019
25 Shares
3D Insider is ad supported and earns money from clicks, commissions from sales, and other ways.

A little less than a month ago during the Oculus Connect 6 event, Oculus made a few announcements on upcoming updates for the Oculus Quest which could completely change their flagship headset’s market positioning. The main highlight of these announcements is the Oculus Link feature, which will allow you to hook up this wireless VR headset to a gaming PC. Oculus also announced a few other new features, such as hand tracking and new apps to be ported from the Oculus Go.

What does this new update mean for the Oculus Quest? Is it now a better VR headset than the Oculus Rift S?

What makes the Oculus Quest so special? 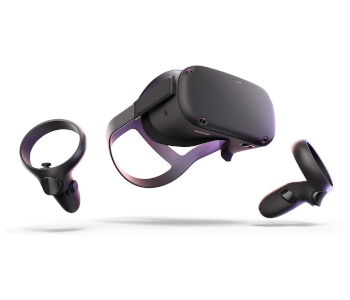 To be clear, the Quest isn’t the first standalone VR headset to be produced by Oculus. In mid-2018, the Oculus Go was released as a unique VR headset that does not need to be powered by a gaming PC or make use of a Samsung smartphone. A year after, the Oculus Quest followed, boasting of a more powerful processor, and a higher refresh rate, and higher resolution OLED displays. It also had better tracking, allowing six degrees-of-freedom compared to the three of the Go. In all aspects, the Quest was a palpable upgrade to the Oculus Go.

In terms of freedom of movement, nothing compares to a standalone VR headset like the Oculus Quest. Free from the shackles of a tether to a gaming PC, the VR experience with the Quest is so much smoother, less complicated, and easier to set up. The Oculus Quest also allows you to take the VR experience on-the-go so you can enjoy your favorite VR games wherever you are.

By removing the need for a gaming PC, the Oculus Quest has made the VR experience more accessible and user-friendly than ever. The Quest has become one of the most successful products from Oculus, with sales accounting for up to 20% of the lifetime VR software sales since the Oculus brand launched in 2016. According to Mark Zuckerberg, the Oculus Quest is selling “as fast as we can make them.”

The limitations of the Oculus Quest

The Oculus Quest may be a commercial success, but it is still not a perfect VR device. The biggest flaw of the Oculus Quest is an intrinsic part of its wireless, standalone design. Obviously, the Quest is powered by an internal battery, which means that you can only get between 2 to 3 hours of VR gaming at a time. Despite the fact that the Qualcomm Snapdragon 835 processor of the Quest is a massive upgrade to the Go’s Snapdragon 821, the standalone VR headset still pales in comparison to any typical gaming PC.

The effects of this hardware limitation are two-fold. Having a less powerful graphics processor means that the Quest cannot run many of the games and apps for the Oculus Rift. To account for this discrepancy, Oculus launched a new Android-based marketplace especially for the Quest. While the library contains a lot of excellent titles such as the massively popular Beat Saber, the volume of content available for the Quest is a small fraction of what can be found in the Oculus Rift marketplace, which has been around for several years.

Since the processor of the Quest was less powerful, it also meant that much of the content for the Quest to be ported from their original version in the Rift marketplace. In most cases, this porting process has resulted in a graphical downgrade. Don’t get us wrong: games and videos look great in the Oculus Quest. However, if you’ve been a regular Rift uses, you can almost certainly tell the difference.

Thus, making the shift from an Oculus Rift headset to the Quest meant sacrificing content and quality of graphics for better portability and freedom of movement. In our opinion, this was a fair tradeoff. However, the latest update from Oculus may mean that you no longer need to suffer through this sacrifice to enjoy the benefits of an Oculus Quest.

How will the Oculus Link improve the Quest? 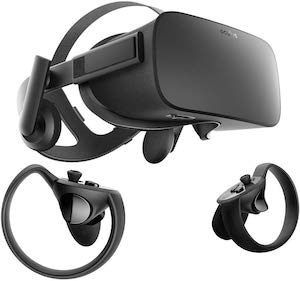 Less than a month ago, Oculus announced that they will be releasing the new Oculus Link feature for the Quest. According to the announcement by Facebook CEO Mark Zuckerberg, this will allow you to use the USB-C port of the Quest to connect it to any PC, effectively turning it into a Rift headset.

With this update, the Oculus Quest now appeals to both sides of the VR audience demographic – those who own and use a gaming PC, and those who don’t. The Oculus Quest still performs excellently as a wireless headset. However, with the new Oculus Link feature, you have the option of hooking the headset up to a gaming PC for an instant graphical upgrade and access to a wider range of VR content.

The feature looks great on paper, but how does it perform in actual applications? Impressively, if we would say so ourselves. Connecting the Quest to your PC is seamless as long as you have the Oculus Desktop application installed. Since the Oculus Touch controllers are already pre-paired to the Quest headset, you won’t need to pair them again with your PC. Any standard USB-C cable should work for this purpose, although Oculus has announced that they will be releasing their own Link cables soon.

Oculus does take a bit of short-cut in how it implements PC-based VR gaming for the Quest. Instead of making the Oculus Quest act as an extended display of your PC (in the same way that standard VR headsets work), the Quest instead receives a video of VR rendering from the PC. This workflow may lead to some issues with latency, although early test users have indicated that this has not come up during their runs. It remains to be seen if the latency issues will pop up in extremely fast-paced games, so we’ll all just have to wait and see.

Along with the Oculus Link, Oculus also announced another upcoming feature, which will render the Oculus Touch controllers obsolete by turning your fingers into controllers. Technical details on how this feature works have not been provided yet, but the demonstration indicates that the Quest sensors will identify the position of the tips of your fingers and use this information to allow you to interact with the VR environment.

We’re obviously very excited about this development but still a bit apprehensive over how well it’s going to be executed. However, this is a new frontier in VR technology so we’re willing to give Oculus a bit of leeway to tweak its performance over the next few months. If Oculus managers to make this feature perform as well as intended, it could usher in a completely new era of VR interaction where handheld controllers become a thing of the past.

Ports of Oculus Go apps for the Quest

The Oculus Go, released in 2018, became the first foray into VR for many people. Not only was it one of the first standalone VR headsets in the market, but it is also a remarkably affordable device. With its huge following, the Oculus Go provided a great platform for both established and indie app developers.

Even as Oculus shifts their gears towards developing for the Quest, they still recognize the relevance of the Oculus Go marketplace. Thus, they have ported 50 popular Oculus Go apps and made them available for Quest users. Even better, users who owned these Oculus Go apps can download the ported versions for free.

With the decision to port apps from the Oculus Go, the brand is hoping to entice more people to make the upgrade to the Quest. This shouldn’t take a lot of convincing, in our opinion, as the Quest provides a huge jump in hardware capabilities from the Go.

What do these updates mean for the Oculus Quest?

The updates for the Quest announced during the Oculus Connect event are, in a word, monumental. With the Oculus Link feature, Oculus is basically making a statement that there is little reason to get any other VR headset than the Quest.

With the newly updated Quest, you get the best of both worlds. It’s a wireless headset that you can use on the go, with a dedicated library of content that is uniquely customized to work with the headset’s admittedly limited hardware. This is a great VR headset for those without a gaming PC or for those who would rather not go through with the complexity of building one.

The Oculus Link feature allows the Quest to be used just like an Oculus Rift. This means that you get to take advantage of the superior hardware found in a gaming PC and the huge library of VR apps and games that were designed for the Oculus Rift headsets. In a way, Oculus Link fills the major deficiency of the Oculus Quest.

Does the Oculus Link make the Quest the best VR headset available today? We wouldn’t go so far as to say that it’s the best, as there are many higher-end VR headsets out there, such as the Valve Index and the HTC Vive Cosmos. Even the Oculus Rift S boasts of a slightly better resolution display than the Quest.

However, the unique capability of the Oculus Quest to shift from wireless to tethered certainly makes it a very interesting, if not compelling, VR headset. Not that the Quest needs a lot of help to drum up publicity, as it’s already one of the best-selling VR headsets of all time. We expect that Quest to further cement its position at the top with these upgrades.

The announced updates for the Oculus Quest have the potential to be game-changing. The Oculus Link feature effectively turns the Quest into a Rift, thereby canceling out the major flaw of this massively popular VR headset. In fact, a case can be made for the Oculus Quest being the only VR headset you can possibly need.

The new technology that allows the Quest to recognize your hands and treat them as a controller could also usher in a new era of immersion and interactivity. With this new feature, you no longer need to be bound by such archaic concepts, such as a handheld controller. It remains to be seen how well Oculus implements this new technology, but we’re very optimistic.

Oculus has been on a roll lately, and they seem to be leading the VR headset market for now. With the release of these new features, we don’t see them relinquishing that lead for the foreseeable future.