by Joseph Flynt
Posted on July 16, 2013
15 Shares
3D Insider is ad supported and earns money from clicks, commissions from sales, and other ways. 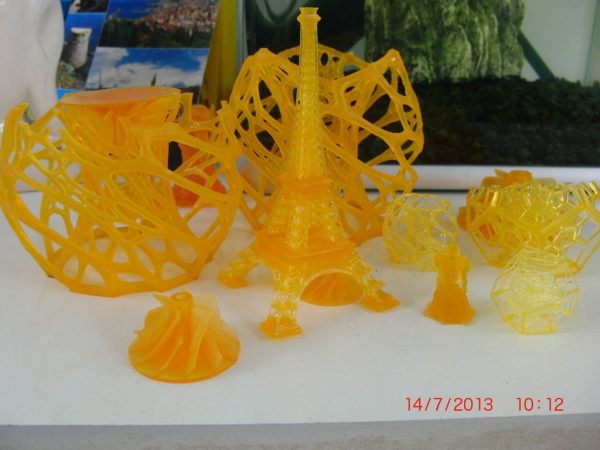 Tristram Budel has been beavering away on his own high resolution 3D DLP printer for a while now and has recently created an Instructables page for it. Budel decided to create the printer because as he puts it, “you all know the world needs more 3D printers, more platforms for creation, more freedom. More possible ways to show your epic awesomeness in creation.”

Before building the 3D DLP printer, Budel compared different 3D printing techniques. There is Fused Deposition Modelling, FDM for short this is the category the RepRap community largely falls in to. There are also various powder bed 3D printing techniques, where the powder particles are selectively fused together and finally there are a variety of photo lithography 3D printing methods that use resins to create structures.

According to Budel, stereolithography printers (SLA) haven’t been accessible to the 3D printing community, except for Michael Joyce’s B9 printer. A major benefit to SLA printers and the reason Budel chose to make one is because of the extremely precise method of manufacturing. SLA printers have managed to achieve printing resolutions of around 100nm. This is the same size of a particle that can fit through a surgical mask. 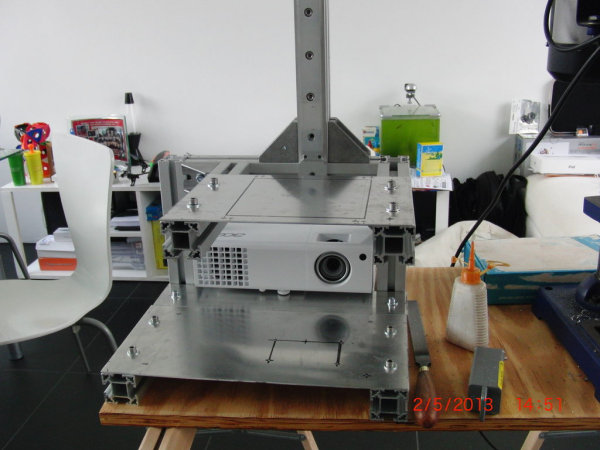 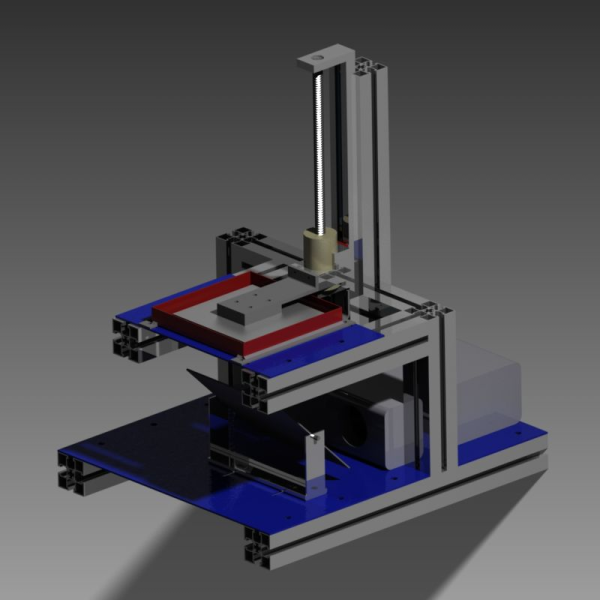 The DLP 3D printer uses a DLP projector to expose each layer and cure the print one layer at a time. Budel decided upon a Acer H6510BD DLP FHD 1080p projector for his printer because it had a high UV content, high light intensity, high contrast ratio and a high resolution.

Budel wanted his printer to have these seven things:

The projector was placed at a 90 degree angle and uses a single surface mirror to project an accurate image on to the build surface. This means that the printer is able to fit on a standard desk. Three 2mm thick aluminum plates are mounted on the back bone to support the beamer, mirror setup, and the build tray. Finally Budel created an enclosure to keep any light and dust out of the system. 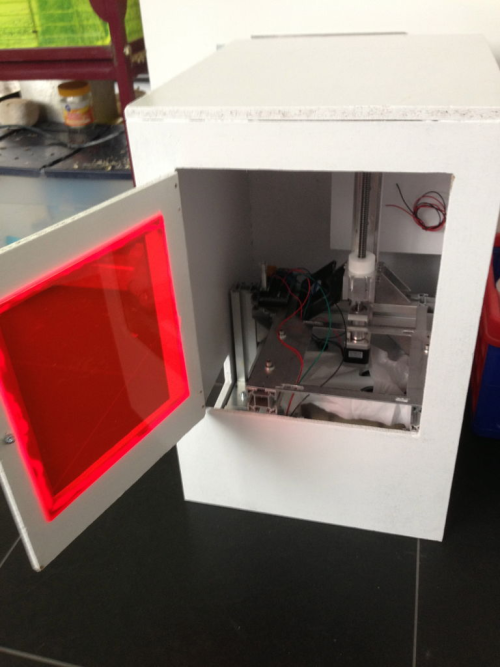 Eventually Budel was able to test the DLP printer. It managed to create 0.1mm thick layers that cured in about 4 seconds, making it almost twice as fast as any other DLP printer.

Currently Budel’s DLP printer is at version one, but he plans to finish building a more advanced version by the end of 2013.

Take a look at his Instructables page here and the photolithography printing video below to get a better understanding of how the technology works.