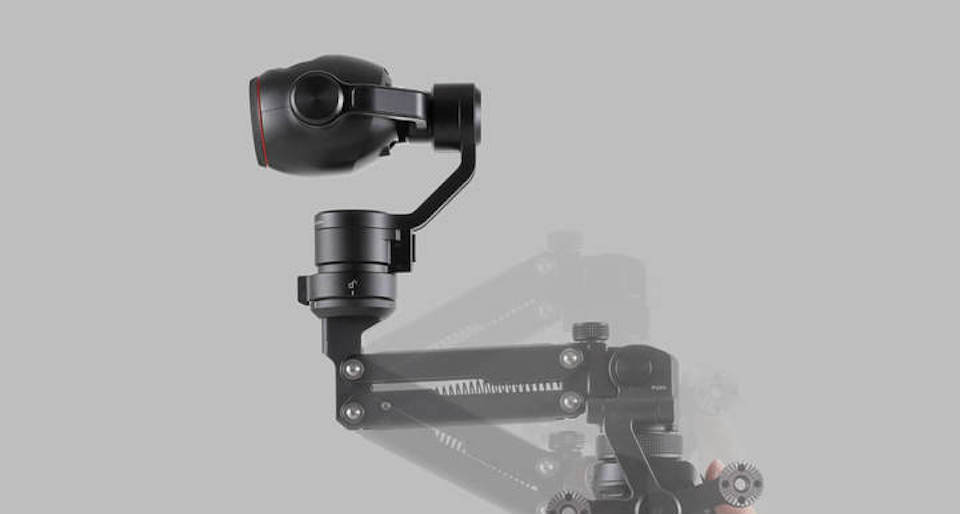 by Joseph Flynt
Posted on February 3, 2018
4 Shares
3D Insider is ad supported and earns money from clicks, commissions from sales, and other ways.

DJI’s Osmo camera gimbals use the latest stabilization technology to allow users to record smooth footage. Now, with so many models on the market, it can be hard to select the best one. That’s why we have compared the crucial specifications so that you determine which one to buy, whether you are a professional photographer/filmmaker, a camera enthusiast, or simply want to record stable footage with your smartphone.

Don’t think Osmo’s are some overhyped selfie-stick. The devices are stabilized camera gimbals that can record high-quality footage without being affected by bumps, vibrations, or other motion. They incorporate the best technology available to create the most stable footage. This is achieved by their 3-axis gimbal that effectively counteracts all forms of motion.

The Osmo, Osmo+, Osmo Pro, and Osmo Raw all come equipped with a Zenmuse camera. On the other hand, the Osmo Mobile and Osmo Mobile 2 are designed to be incorporated with your smartphone and do not include a camera.

Which Camera Does Each Osmo Have?

We will go into more depth about these cameras’ specifications shortly.

All the Osmo cameras can record in ultra-high definition. The higher the frame rate, the higher the video quality. You can see below the different frame rates for each mode.

There is not a lot of difference here. Each model can record 4K at 30fps and the lower definition 1080p at 100fps.

The more megapixels a camera has, the better its photos will turn out. A megapixel is one million pixels, and these pixels are tiny squares of data that define images. The more pixels you have the shaper and clearer the photo.

As you can see below the Osmo and Osmo+ have 12 megapixels while the Osmo Pro and Raw have 16 megapixels.

You should also note that Zenmuse cameras are equipped with a burst mode function. This allows photos to be taken in rapid succession, which is handy when trying to shoot a moving subject. The Zenmuse X3, X5, and X5R can all take up to seven frames/photos per second when in burst mode.

Overall the Osmo Pro and Raw are the clear winners with 16-megapixel cameras.

The Osmo Pro and Raw each have 4/3 CMOS sensors while the Osmo and Osmo+ have 1/2.3” CMOS sensors. What does this mean? Well, that the Osmo Pro and Raw have bigger sensors. This is a good thing because the bigger the sensor, the greater the depth of field. Wider photos can also be taken, and bigger sensors often operate more effectively when shooting in low-light conditions.

The Osmo and Osmo+ have a Zenmuse X3 camera which comes equipped with a standard 20mm lens. The Osmo Pro and Raw’s Zenmuse X5 and Zenmuse X5R cameras allow users to select a lens. Some of the different options are shown in the table below.

The lens focal length is shown by the number in millimeters. This determines the zoom possible. If there are two numbers, then the camera can be set to any point within that range.

We have also given you the figures for each lenses’ maximum aperture. This reading determines how much light a lens can take in. The higher the number, the lower the amount of light that can be stored in the lens and vice versa. This is important information to know if you plan to shoot in low light conditions.

Being able to select among different lenses gives photographers a greater array of options. It would be a bit limiting being stuck with the Zenmuse X3’s single default lens.

This is the main reason to purchase an Osmo. The stabilization gimbal allows users to capture flawless video. If your hands are shaking, you’re in a moving vehicle or are riding a bike then the device will compensate for this motion to prevent it from affecting your video footage.

Now there are no major differences between each device’s gimbal. They all function pretty much the same. The only minor difference is the angles of rotation. These are shown below.

These differences are pretty minor which makes it hard to select an overall winner in this category. Each gimbal can rotate effectively and provides excellent camera stabilization, so we will give each device a point.

+1 for the Osmo Mobile

The weights of each Osmo are shown below. This shouldn’t play to much of a factor as each device is pretty light overall. If you are going to be hiking long distances with your Osmo, then this may be something to keep in mind. However, we don’t think it is too big of a deal for the typical user. Still, it always pays to know as much as possible.

The approximate prices are listed below. These prices are for Osmo devices without any accessories. To see the latest prices check Amazon yourself.

At the time of writing the Osmo Mobile 2 is yet to be released. However, its release price is believed to be around $130.

The Osmo Mobile 2 is expected to be the cheapest device.

If you check out Amazon, you will see a range of accessories available for the Osmo. We have shown some of the more useful ones in the table below.

It’s looking like the Osmo Mobile 2 is going to be significantly better than the original. However, as it hasn’t been released yet it still remains to be seen whether it will live up to the hype.

Check out the results below. As you can see the Osmo Pro and Raw come in first.

It is a tie between the Osmo Pro and Osmo Raw. Their cameras have the most megapixels, the biggest sensors, and a range of different lens options. Of course, they are significantly more expensive.

If you want to record video and take photos to near professional quality, then we recommend getting the Osmo Pro or Raw. If not then you should get the cheaper Osmo or Osmo+. Remember, they can still record 4K video at 30fps and take 12-megapixel still-shots. They also incorporate excellent stabilization technology.

If you have a smartphone with a top of the line camera, then your best option may be to get an Osmo Mobile 2 when it is released in early March 2018. It is looking like it will be a noticeable improvement over the Osmo Mobile and is also expected to have a low price tag of around $130.

You will be able to take advantage of the device’s video stabilization abilities without having to deal with the price tag of the other models. There is no point paying extra for a Zenmuse camera if you are happy just filming with the one on your phone.

Joseph Flynt
I love diving into the latest and greatest in emerging technologies and seeing what they can do. I enjoy running when I'm not thinking about tech.
0 comments
Share now:
4 Shares
YOU MAY ALSO LIKE
SEE MORE