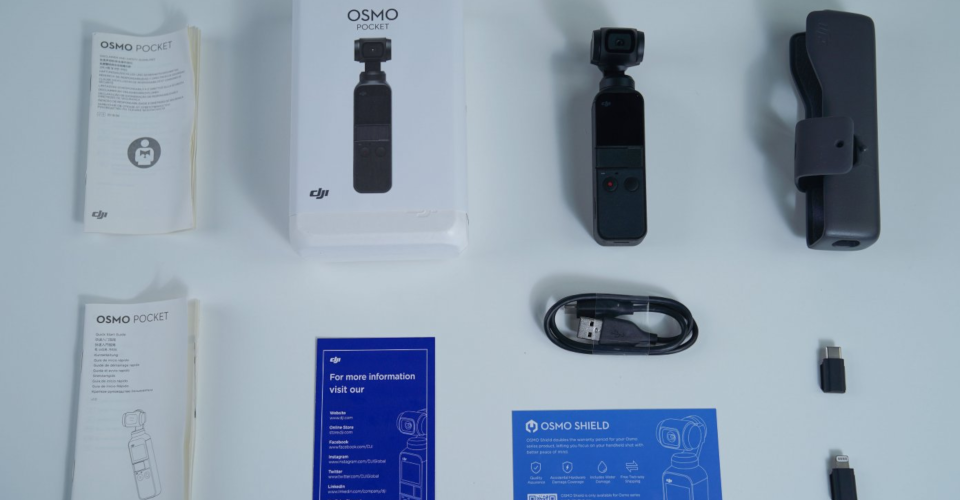 A Review of the Osmo Pocket Waterproof Case

by Joseph Flynt
Posted on August 28, 2019
17 Shares
DJI has just released the Mavic Mini. See all of the specs here.

The Osmo Pocket is an excellent camera for personal vlogging and filmmaking because of its incredibly lightweight and small design. It’s not perfect, though, and one of its most glaring deficiencies is the lack of an all-around rugged build. Most notably, it cannot be used underwater, although DJI has long promised that they will be releasing a waterproof case for the Osmo Pocket.

After several months of anticipation, the waterproof case is now finally out for purchase. How does it perform, and was it worth all the wait? Find out with our hands-on review.

A tale of moved released dates

Anyone who has ever purchased an Osmo Pocket would probably be familiar with the frustrating account of the waterproof case. Back when the Osmo Pocket was launched, it was billed as potential competition to the GoPro action cameras. It was small, easy to use, and has the added benefit of mechanical stabilization – seemingly an unbeatable combination.

Unfortunately, the January 2019 launched date came and went with no updates about the waterproof case. This was a particularly frustrating time for Osmo Pocket owners, who were eagerly looking forward to being able to use their handheld gimbals underwater. The lack of updates from DJI didn’t help either.

Finally, the waterproof case was released just about a month ago and around six months after the launch date promised by DJI. The question is: is it all that it was hyped up to be? Is it going to make the Osmo Pocket a GoPro-killer? 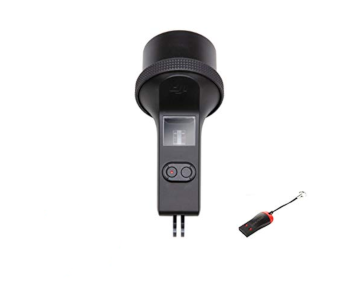 The compartment for the camera is a clear viewport that offers enough space for the gimbal arms to move around. The waterproof case is held shut by a locking ring with an internal rubber O-ring. The Osmo Pocket fits very snugly inside the waterproof case to keep it from moving, although there is another retaining bracket inside to hold the Osmo Pocket in place.

According to DJI, the waterproof case is rated for use up to a depth of 60 meters. This brings it up to par with the Super Suit dive edition, which was specially designed for the GoPro Hero 7 Black. The fact that it rivals one of the best underwater camera cases is an extremely impressive feat for DJI, especially since they are quite new to this kind of market.

As expected, you will not be able to use the touchscreen interface when you place the Osmo Pocket in the waterproof case. You will also not be able to make adjustments to the gimbal. This leaves you with just two physical buttons: one to switch between photo and video modes, and another to start recording or to take a photo.

According to the instructions that come with the waterproof case, you should activate Underwater Mode prior to placing the Osmo Pocket inside the case. You will need to do a firmware update to see the option for Underwater Mode in your Osmo Pocket, so do that first.

Underwater Mode does two things: it puts the gimbal in a slightly downward-angled version of Tilt-Lock mode to match the profile of the waterproof case, and it reduces the yaw range of the gimbal so that the camera never captures the edges of the case.

Although Underwater Mode severely restricts gimbal movement, we actually like how it was implemented, given that there’s no other way for you to control the gimbal. You’ll just have to be more mindful about where you point your Osmo Pocket. The transparent window to the Osmo Pocket’s screen should still help you in composing your shots. Since many of the camera adjustments are locked out when the Osmo Pocket is placed inside the waterproof case, we can assume that Underwater Mode allows some of the camera parameters to adjust automatically based on lighting conditions.

In conclusion, the Osmo Pocket waterproof case seems like a solid enhancement to one of the most popular handheld gimbals on the market today. With a depth rating that stands shoulder-to-shoulder with the GoPro Super Suit, this waterproof case is the perfect way to take your Osmo Pocket on your snorkeling or diving trips. It also costs about the same as the Super Suit, so no complaints there.

We do have a few issues with the build quality of the Osmo Pocket waterproof case, in particular with the O-ring that keeps the locking ring closure watertight. The O-ring feels flimsy, comes off a lot, and can get twisted when the closure isn’t properly positioned. It’s also troubling that DJI provides no spare for the O-ring with the waterproof case, neither do they sell one.

The fact that the Osmo Pocket needs to be slid into place and that it fits so snugly also means that there will always be the risk of the Osmo Pocket getting scuffed every time you place in and out of the waterproof case. This shouldn’t lead to any structural or functional issues for the Osmo Pocket, but we bet that it’s not going to look nice after a while.

After several months of waiting, the waterproof case for the Osmo Pocket is finally here. Now that the Osmo Pocket can be used underwater, it can finally be considered a product that is up to par with the GoPro cameras. DJI has released its own action camera, though – the Osmo Action – so we’re not how the waterproofing-enhanced version of the Osmo Pocket fits into the equation.

Even without the waterproof case, the Osmo Pocket is an excellent product in its own right. It’s hard to believe that a camera its size has mechanical stabilization, slow-motion capabilities, mobile app support, and can shoot 4K video. It truly is a revolutionary product, and even an underwhelming waterproof case will not change that fact.