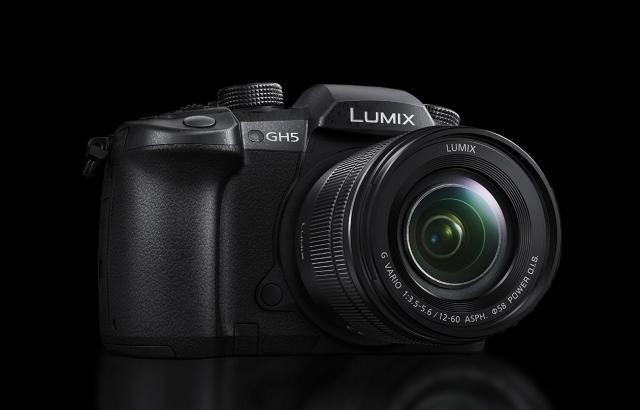 by Joseph Flynt
Posted on April 1, 2018
14 Shares
3D Insider is ad supported and earns money from clicks and other ways.
DJI has just released the Mavic Air 2. See all of the specs here.

The Panasonic GH4 is a powerful camera that can take 16 megapixel still shots and even record 4K video. However, it has recently been succeeded by the Panasonic GH5. We will compare the two models to find out what the main differences are. We will then let you known if we think that the GH5 is worth its greater price tag or is simply overhyped.

Throughout this article, we will compare each device across a range of categories. We award points for clear winners of each section. At the end will tally up these scores and let you know the overall winner. We will also discuss which camera is the best purchase depending on your budget.

ISO is a setting that determines light sensitivity. The higher the setting, the brighter the photo will turn out, and vice versa. If you’re shooting on a sunny day, then a low ISO setting is recommended. At night a higher setting is better.

Each camera has the same ISO range from 200-25,600, so no differences in this category.

Both cameras have the same 17.3 x 13 mm CMOS sensor. This gives users of either camera the same level of control over an image’s depth of field.

The more AF (autofocus) points that a camera has, the more effective it is at honing in on a subject. Now there is a major difference in each cameras’ autofocus performance. The GH4 has 49 AF points while the GH5 has 225 AF points. The GH5’s autofocus system also functions noticeably faster than the GH4’s.

If you’re going to be taking a lot of action and sports photography, then you may want a camera with a powerful burst mode. This setting will allow you to take many photos in rapid succession. Fortunately, both cameras excel in this category. They can both shoot up to 12 photos per second when operating in burst mode.

When purchasing additional lenses for either camera, you have two main options. You can get them included in a bundle deal on Amazon, or you can purchase them separately. We will discuss these options further in the price section.

The GH4 can record 4K footage at 30fps. The GH5 takes this a step further with the ability to record 4K at 50fps and 60fps.

The GH5 can also record 6K video. However, this is “limited” 6K. The resolution is in fact 4,992 x 3,774 pixels, which is more like 5K than 6K. Regardless it is still incredibly high-quality footage.

Remember, to play and edit this ultra-high definition footage you will need a powerful computer. You will also need a few spare hard drives for storage: 4K and 6K footage is incredibly large.

You should also be aware that both cameras can record slow-motion video.

The GH5 has a 55% higher resolution viewfinder that the GH4. This resolution is 3680k dots compared to 2359k dots.

Both cameras have articulating touchscreens. This articulation gives users greater flexibility when selecting their shooting position.

The GH4 can take approximately 530 shots on a single charge while the GH5 can only take around 410. This is a difference of 120 shots.

The GH4 only has a single SD card slot while the GH5 has two. Dual slots give the GH5 more storage flexibility.

The GH5 has built-in Bluetooth for pairing with a smartphone and other functions. The GH4 misses out on this feature.

Unfortunately, the GH4 does not incorporate image stabilization.

You can also buy lens individually for both cameras, from about $200 to $500 each.

It’s clear that the GH4 is the more affordable model.

There are more advantages that each camera has in common.

Each camera also has some letdowns in common.

You can see the final scores below.

The table below can also help you comprehensively compare each model.

Which Camera Should You Buy?

The Panasonic GH5 is the superior machine. It has more megapixels, better autofocus, a higher resolution screen, image stabilization, and a range other features. Most notably it can record 4K video at 60fps and can even record 6K. If you’re after the ultimate device for both snapping photos and recording video footage, it’s hard to beat the Panasonic GH5.

Of course, all these benefits don’t come cheap. The Panasonic GH5 costs around $800 more than its predecessor. Its hefty price tag reflects what the camera is: a powerful device for semi-professional and professional photographers. If you consider yourself a more casual camera user, then you may want to avoid this high cost.

You will need to consider your budget before making a decision. If you simply want a strong all-around camera for an affordable price, then you may want to get the Panasonic GH4 instead. You won’t be able to record the same level of video footage, and you will be missing out on a range of other features. However, the early model is still a powerful device.