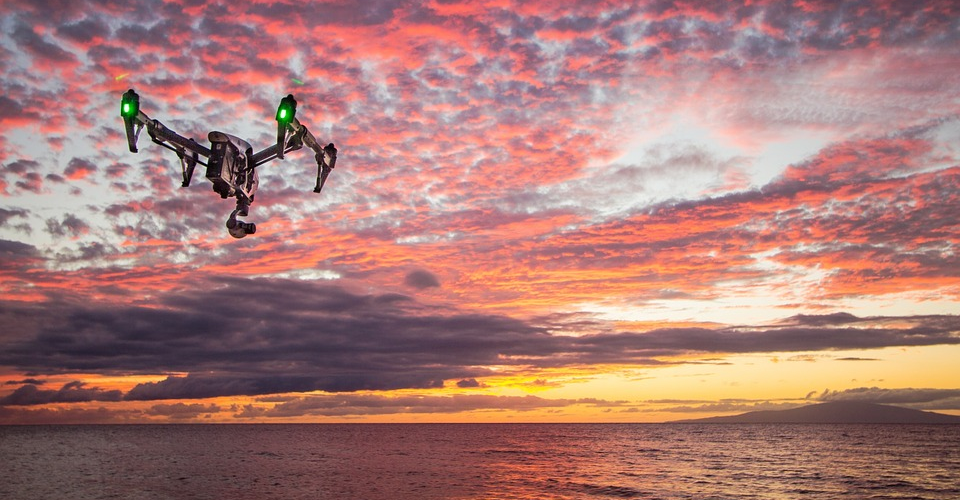 How Far Away Can I Fly With a Part 107 License?

by Joseph Flynt
Posted on April 22, 2019
23 Shares
3D Insider is ad supported and earns money from clicks, commissions from sales, and other ways.
DJI has just released the Mavic Air 2. See all of the specs here.

If it was possible to maximize the flight distance of modern drones, then the possibilities for commercial drone flight can be endless. Drone technology is the perfect solution to surveying vast tracts of land such as for inspection of power lines or monitoring of crop health in farms.

However, this matter is far from simple. Because of safety concerns, the FAA does not allow drone pilots to fly their drone as far as they want. What exactly does Part 107 say about how far away you can fly your drone? Is there any way to go beyond this limit and still fly legally?

The most relevant rule of Part 107 to determine how far away you are allowed to fly your drone is Section 107.31. More commonly known as the “line-of-sight” rule, this section states:

Determining how far visual-of-light contact can be maintained can depend on a lot of circumstances such as the size of your drone, cloud cover, or the presence of obstacles that can hamper your vision. In any case, we can use an example of flight in on a bright day in a place that is completely obstacle-free to illustrate just how far you can fly your drone legally.

For very small drones such as the Mavic or the Spark, we find that flying it beyond 1000 feet renders it nothing more than a speck in the sky. Although the drone is technically still visible at this distance, there is no way to accurately determine the drone’s attitude or direction of flight. For larger drones like the Phantom 4 Pro, the range of visual line-of-sight can be extended to about 1600 feet before it becomes hardly visible.

Come to think of it: even in clear conditions, the requirement to maintain visual line-of-sight limits drone flight to only about a third of a mile. This renders moot the efforts of drone manufacturers to extend the range of their drones. After all, what’s the use of the 5-mile range that the new Mavic 2 drones if you can’t even fly the drone to even a tenth of that distance without violating FAA rules?

Although most drone pilots understand how the FAA sets safety as the number one priority, we can’t help but feel disappointed for the opportunities that are lost because of these restrictions. Is there any way that commercial drone pilots can go beyond these limits legally?

Can I fly farther with FPV technology? 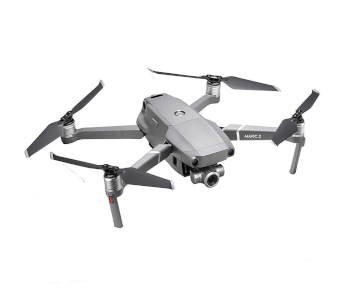 Some drone pilots have argued that flying with FPV technology still provides situational awareness, even when the drone is flying beyond visual line-of-sight. However, FPV technology cannot completely address the concerns with airspace safety. After all, the field of vision using FPV is very limited and, in most cases, somewhat distorted. There will be no way for a drone pilot to assess potential hazards coming from all directions by relying purely on FPV.

There’s also the risk of communication signals dropping out unexpectedly in the middle of drone flight. This is a fairly common occurrence, especially in areas with lots of sources of electromagnetic interference such as power lines and communications towers. Any signal drop can mean that you will end up flying blind, which is one of the most dangerous things that can happen in drone flight.

How about by using multiple visual observers?

Another novel solution that some drone pilots have come up with is to use a daisy-chain of visual observers to extend the effective range of visual line-of-sight. After all, it is possible for multiple visual observers to maintain good communication with the remote pilot-in-command using simple walkie-talkies.

The problem with this proposal is that the rule explicitly states that the remote pilot-in-command or the person manipulating the controls of the drone must be the one who maintains visual line-of-sight.

What If I apply for a waiver?

The good news is that the requirement to maintain visual line-of-sight is one of the Part 107 restrictions for which the FAA has a provision for granting waivers. The bad news is that out of the more than 1,200 waiver requests that the FAA has received for flight beyond visual line-of-sight, only about 1% were approved. So yes, you can technically apply for a waiver but don’t count on it getting granted by virtue of you being a really good drone pilot.

Of the companies that were granted the waiver for flight beyond visual line-of-sight, PrecisionHawk was the most successful. To achieve this feat, PrecisionHawk went through several years of research and development to come up with a system that utilizes tracking technologies, a detect and avoid system, and real-time manned aircraft data feed. As you can imagine, technology this sophisticated isn’t something immediately available to the casual commercial drone pilot.

What if I need to survey a large area?

If you really must accept a job that requires drone flight over an exceptionally large area, there are still a few ways for you to do it legally. The simpler but more labor-intensive way is to set up several take-off stations. By moving from one spot to another, you can eventually cover the whole survey area while still maintaining visual line-of-sight.

The second alternative is a little more logistically challenging – to fly the drone from a moving vehicle. This is a great option for surveying long but relatively linear areas such as power lines or pipelines. However, operating a drone from a moving vehicle will also require a waiver from the FAA. The chances of this type of waiver getting granted is a bit higher, though, so you might want to give it a shot.

Even as new drones have come out with vastly improved communication systems that allow operation across huge distances, the FAA has maintained its stance on keeping drones within visual line-of-sight. Right now, there seems to be no viable alternative such a system, aside from technology that is far too advanced to be accessible to small-time commercial drone pilots.

Is there a solution on the horizon? The most immediate on would probably be the prospect for a Remote ID system that allows for the identification and tracking of drones as they hover mid-air. This could lead to an establishment of universal traffic management of drones, making drone pilots more accountable and drone flight a much safer activity.