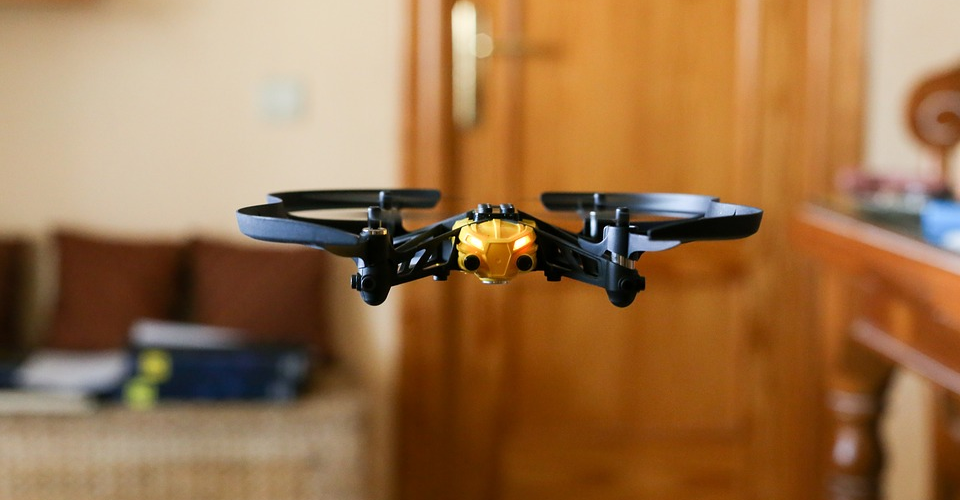 What Do the Part 107 Rules Say About Flying Indoors?

by Joseph Flynt
Posted on April 21, 2019
21 Shares
3D Insider is ad supported and earns money from clicks, commissions from sales, and other ways.
DJI has just released the Mavic Air 2. See all of the specs here.

Since the Part 107 rules were implemented in 2016, its set of regulations has been considered as the “bible” for commercial drone pilots. By requiring a standard level of knowledge and imposing several restrictions, the FAA has mostly succeeded in regulating commercial drone operations and have helped keep the national airspace safe.

However, even the FAA does not have an all-reaching authority. One of the most common questions we have received is whether it’s legal under Part 107 rules to fly a drone indoors for commercial purposes. In this article, we tackle this topic in detail and also look at the potential of flying a drone indoors. Is it really something you should be considering?

The restrictions for commercial drone flight have led to this peculiar dissonance where licensed pilots, who have passed the Part 107 knowledge test and are assumed to be skilled, are more restricted in how they can fly their drones compared to recreational drone pilots. These feeling of inequality have resulted in persistent calls for more relaxed rules on commercial drone flight.

Commercial drone pilots have also taken to finding ways to circumvent the Part 107 rules which bring us to our main topics: flying drones indoors.

Does the FAA have authority over indoor flight?

Although the Part 107 rules have an all-encompassing scope which covers all commercial drone flight, the fact that the FAA enforces it means that there is an unspoken exemption: it can only be implemented in areas that the FAA has authority over. Although the mandate of the FAA covers all national airspace, they do not have authority over indoor spaces. An indoor space, in this context, refers to any space that is within a covered structure – inside a house, a building, or an indoor stadium.

Does this mean that you can do commercial drone operations even without a Part 107 license? Yes, you can, and you won’t be breaking any laws. Even if you are a Part 107-licensed pilot, you can fly your drone indoors without having to abide by the restrictions of Part 107. This means that you’re free to fly at night, over people, or even fly multiple drones at a time.

However, flying indoors is not something that we recommend for everyone. Flying a drone in an enclosed space means that you have limited room to maneuver and that you will be flying around a lot of obstacles. If you’re flying indoors, you will also most likely be flying over a lot of people. This means that, not only do you have to contend with a lot of hazards but having a drone-related accident will result in heavier damage or injury to a lot of people.

Aside from the logistical hazards of flying indoors, it’s also technically challenging. After all, most commercial drones were not made for indoor flight. Among other challenges, you will have to contend with these:

When your drone is indoors, its GPS module will not be able to receive enough signals from GPS satellites to accurately determine its location. Since GPS plays a huge part in the drone being able to maintain its position, you will likely end up stabilizing your drone manually. In DJI drones, this is known as the ATTI mode, one of the most challenging flying modes for most drone pilots.

With the lack of GPS stabilization, a particularly strong gust of wind can knock your drone from its position, and it will not be able to recover. For a pilot without experience in this type of circumstance, attempting to correct these wayward drifts can result in errant decisions and increase the chances of a crash happening.

When you’re flying indoors, your drone will be surrounded by potential obstacles such as walls, the ceiling, support beams, and light fixtures. If your drone’s obstacle avoidance system is still activated in these conditions, then you’re going to have a bad time. Your drone will attempt to avoid every single thing it encounters, making it very hard for you to control it.

For this reason, when you are flying indoors, you will need to accept that you need to fly without the benefit of an obstacle avoidance system.

No GPS guidance means no autonomous features. This means that you can’t use any of your drone’s tap-to-fly features or autonomous photo modes. There’s also no way that you can set a pre-determined path for your drone to fly over on. For all purposes, you’re pretty much on your own when you’re flying indoors.

You might be getting excited over the prospect of flying commercially indoors without having to comply with Part 107 rules. Our advice is to temper those expectations. Flying a drone indoors can be criminally hazardous in the hands of someone who is not skilled enough. Not only do you have to contend with a higher number of obstacles and the lack of GPS guidance, but indoor venues typically have a higher density of people. A drone-related accident that happens indoors will be much more disastrous and is very likely to result in severe personal injury.

If you really want to fly indoors, we suggest that you practice flying your drone first without GPS guidance. Some models have a built-in feature that allows you to turn off GPS guidance. If your drone doesn’t have this, then a low-tech alternative is to block GPS signals by wrapping your drone’s body in aluminum foil.

More than being able to bypass the Part 107 rules, what matters when flying indoors is having enough skill and experience to avoid an accident. Take note that if a drone-related accident happens, you will likely still be investigated by the FAA and the National Transport Safety Board (NTSB).