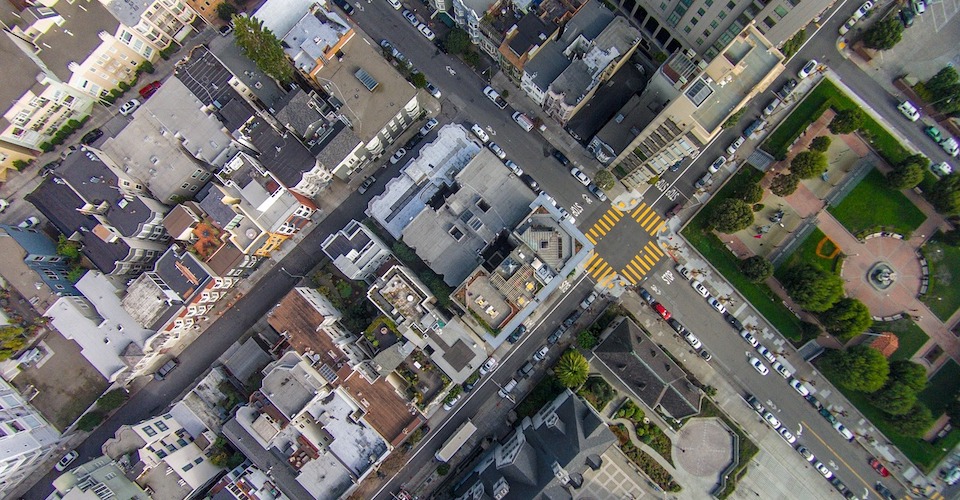 by Joseph Flynt
Posted on April 20, 2019
22 Shares
3D Insider is ad supported and earns money from clicks.
DJI has just released the Mavic Mini. See all of the specs here.

According to the Part 107 regulations on unmanned aerial vehicles, all drone pilots who fly drones for commercial purposes are required to get a remote pilot certificate, or drone license. This includes any drone activity that is used to earn cash, whether you merely sell your photos online or you offer a full-on drone surveillance service. Although it is certainly an achievement to be granted a drone license, it also does have a few drawbacks. If you are on the fence on whether you’re going to finally apply for a drone license or not, then read on as we list down all the pros and cons of having a drone license.

1. Earn with your drone legally

Since the Part 107 regulations have been enacted into law, flying a drone commercially without a drone license has literally become illegal. It’s not a very common occurrence, but there have been a few cases of the FAA penalizing drone pilots who have failed to comply with Part 107 regulations. According to Part 107, pilots who purposefully violate the licensing requirement may be fined for up $30,000 per violation. There has been no instance of an individual or organization being fined an amount this large, but you probably don’t want to take the chance of being the first one.

On top of being legal and legitimate, being a licensed drone pilot builds up the credibility of your business. If a client had to choose between two business offering the same service at the same rate, the one with all the proper licenses will always win out.

Having a drone license sends the message that you know what you are doing, in terms of both how to fly your drone and all the regulations concerning your activity. This assures the client that no laws will be violated and that the job will be completed. Can you imagine having your drone confiscated in the middle of a wedding coverage? That would be the end of your business!

3. Ability to fly in uncontrolled airspace

According to the Special Rule for Model Aircraft, which also applies to drones, all pilots must notify air traffic control in advance if they are flying within five miles of an airport (or what is known as Class G airspace). With a Part 107 drone license, you are allowed to fly in Class G airspace without notifying air traffic control as long as you keep within the 400 ft. altitude limit.

Some drone pilots have cited this ability as the single biggest advantage of having a drone license. After all, it would be very bothersome to be living within five miles of an airport and have to call air traffic control every single time you wanted to take your drone out for a spin.

The major requirement in getting a drone license is passing the Part 107 knowledge test. It’s a challenging test because of the wide range of topics that you will need to learn about, most of which are beyond the scope of practical reasoning. You will have to learn to read aeronautical charts, understand radio communications lingo, and interpret METAR weather reports, among many other subjects.

The good thing about the whole exercise of studying for the knowledge test is that you come out the other side a better and smarter drone pilot. All the knowledge you have earned will go a long way towards helping you anticipate potential issues, troubleshoot problems with your drone, and be aware of legal and operational restrictions. We have always believed that there is no greater asset in your drone business than your skill and knowledge as a drone pilot.

5. Knowledge can be a foundation for a manned aircraft license

Many seasoned pilots of manned aircrafts have made comments that the topics included in the Part 107 knowledge test are actually very similar to the ones included in the test they took to be manned aircraft pilots. This is great news for Part 107 pilots who have an ambition to upgrade to, say, a Sport Pilot license. Of course, taking a test is not enough to be a Sport Pilot, but the knowledge you gained to get the Part 107 drone license should be a good foundation for a more advanced pilot license.

Getting a drone license certainly takes a lot of work, and possibly a lot of time and money as well. On top of the $150 testing fee, you might consider taking a paid training course which will cost at least $180 from a well-known and reputable company. Preparing for the knowledge test can take between 1 to 2 weeks, while the approval for the drone license could take up to 2 months depending on the backlog for TSA approval.

In terms of the work you need to put in, you will really need to plunk down and commit to a study schedule if you want a good chance of passing the knowledge test. You will have to watch instructional videos, read reference material, practice reading maps, take down notes, and complete sample exams. The point is that you will need to make a concerted effort to earn the Part 107 drone license.

A common criticism of the Part 107 regulations is that enforcement of it has been very weak. So far, there has only been one documented incident of a person being cited for flying commercially without a drone license. There have also been a handful of incidents of drones flying over crowded areas. In all of these cases, the drone pilots were let off with just a warning.

The FAA has delegated the enforcement of the Part 107 regulations to local law enforcement groups, but cops are still largely unaware of the specifics of Part 107 and how they will be implemented. Outside of a concerned citizen calling in a violation to the FAA, or a drone causing outright harm or damage, there is probably very little that we can expect in terms of penalizing violators of Part 107.

The lack of enforcement has been causing a dilemma for legitimate drone business owners who have spent the time and money to get a drone license. Not enforcing the rules nullifies any sort of business advantage that having a drone license should give, as amateur pilots can cut their prices and steal away clients from licensed drone pilots.

Getting a drone license is an explicit agreement to follow all the Part 107 regulations to the letter. This includes not flying at night, over populated areas, and from a moving vehicle. Licensed drone pilots run the risk of their licenses being revoked should they be found to be violating a Part 107 rule.

The issue lies in the fact that hobby drone pilots are not subject to such restrictions. They do not need to file a waiver to fly a drone from a moving vehicle, nor will they be violating a law when they fly at night. This puts licensed drone pilots in an absurdly unfair situation where they are more restricted than their amateur counterparts.

Being a licensed drone pilot also means added work for you. Part 107 states that before starting flight, drone pilots should ensure that the drone is well-maintained, that communications between the drone and controller are working properly, there is enough battery power for the intended flight time, and that any payload is within the carrying capacity of the drone.

Most of the time, no one is going to check that you are keeping records for these pre-flight activities. However, the FAA may request for a copy of relevant logs and records should you apply for a waiver request. After all, these records will be the only proof of your experience as a drone pilot, and whether you are following proper safety protocols or not.

Aside from maintaining flight logs, the Part 107 rules also state that you will need to report to the FAA in no later than 10 calendar days any drone-related accident that results in serious personal injury or property damage amounting to $500. Hopefully, this is not something that will happen to you frequently, but it can be a lot of work when it comes up.

2018 marks the 2-year anniversary of the creation of the Part 107 rules. With this, the first tranches of licensed drone pilots are also due for renewal. Renewing your drone license involves signing up for the knowledge test again, paying the $150 testing fee, and taking a recurrent knowledge test. The recurrent knowledge test is a shorter and easier version of the original certification test and should not be a problem with a little bit of preparation.

Many licensed drone pilots have taken issue with the fact that renewing the drone license still costs just as much as getting a new license, and that there is no convenient way to get it done.

To be fair, drone laws are still relatively new territory for the FAA and for local law enforcement units. There is still a lot of room for improvement in terms of revising the laws to be more relevant and more supportive of business, as well as in the strict enforcement of such laws. Drone pilots who have secured their licenses are still likely continue with their compliance. We can only hope that the laws can evolve to support those who comply, and not the other way around.