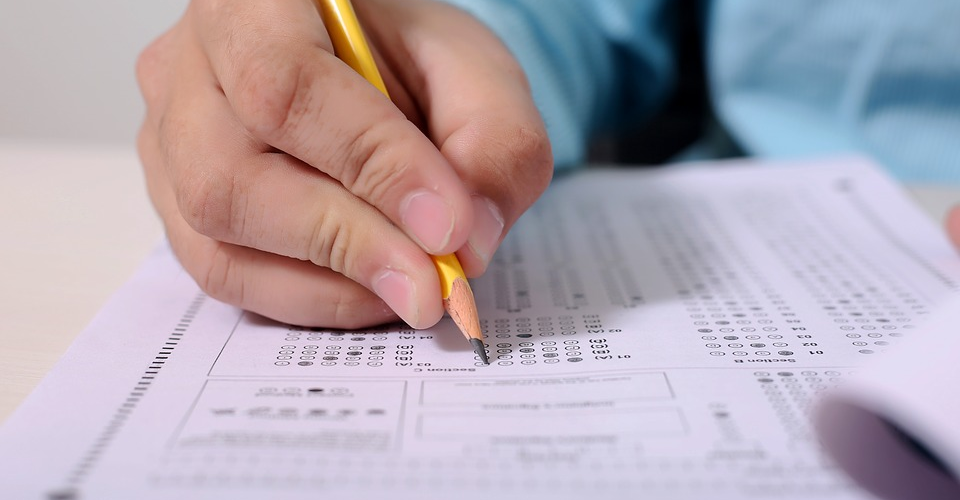 Where Can I Take the Part 107 Knowledge Test?

by Joseph Flynt
Posted on April 27, 2019
19 Shares
3D Insider is ad supported and earns money from clicks, commissions from sales, and other ways.
DJI has just released the Mavic Air 2. See all of the specs here.

Taking the Part 107 knowledge test is kind of like a coming-of-age tradition for aspiring commercial drone pilots. It’s how you prove to the FAA and the to the drone flight community that you’re ready for the big leagues – or at least the leagues where you can start earning some extra cash using your drone.

Where are these testing centers located?

To sign up for the knowledge test, you can just call up the testing center you want to go to and set an appointment. You can also sign up through the CATS website who will do most of the legwork for you. They also have an interactive map that you can use to check out the list of all testing centers in your state and look for the closest one to you.

Are there testing centers outside the USA?

The jurisdiction of the FAA is only within the USA and its territories, so there really is no way for you to take the Part 107 test if you are outside US territory. However, if you live in a US territory – specifically Guam, Puerto Rico, or the Virgin Islands – then you’ll be glad to know that there should be an FAA-authorized testing center near you.

What do I need to bring when I show up for the knowledge test?

When you show up at the testing center on the day of your knowledge test, you will need to bring a valid government-issued photo ID to prove your identity. You will also need proof of residency. An electricity or water bill should do. If you haven’t paid the $150 testing fee yet, then better have that ready, as well.

The test could involve some calculations, so you are also allowed to bring a calculator. If you have sight problems, then make sure that you have your reading glasses as you will need to check a lot of charts during the knowledge test. The FAA even allows visual aids, such as a magnifying glass.

You might need a scratch paper and a pencil to do long-hand calculations. However, DON’T bring these along as the testing center should provide them. Another thing NOT to bring is your phone. You are not allowed to bring your phone into the testing center, so you either leave it at the car or leave it at the door – your choice. You also cannot bring your wallet, car keys, or basically any other item that you won’t need for the test.

Why is it not possible to just take the test online?

The Part 107 knowledge test is administered through a computer. All items are multiple choice and are processed automatically. The questions that show up in the knowledge test are unique for each person – they are pulled from a much larger pool of questions.

As you might have gleaned from the fact that you can’t bring your phone, wallet, and keys inside the testing center, the FAA is pretty serious about the administration of the Part 107 knowledge test. Not only are you restricted from bringing along anything you won’t need, but the testing center will provide you with scratch papers and a copy of the Airman Knowledge Testing Supplement Book – you are not allowed to bring your own.

On top of controlling what you can bring, you will also be under constant surveillance while you are taking the test. You might now know it, but the testing center has probably installed a few surveillance cameras inside the testing room. What we’re trying to say is that you should not try anything funny.

Given the measures that the FAA enforces to keep the integrity of the knowledge test, it shouldn’t be surprising why you can’t take the test online and in the comforts of your home. That would render useless all the precautions that the FAA has taken so far to ensure that drone pilots who have taken the knowledge test are legitimately knowledgeable, without having to consult other references or other drone pilots.

While it’s not possible to take the Part 107 knowledge test without leaving your house, the FAA has gone the extra mile to make it accessible to as many people as possible. With hundreds of testing centers located all over the country, there shouldn’t be any reason why traveling to one will be a problem.

If you’re looking forward to the day when the knowledge test can be taken online, we think that it’s going to be very unlikely. If the FAA does that, it will invalidate all the measures they have taken so far to avoid any cheating or leakage of questions. That move will probably have its detractors, particularly the commercial drone pilots who have taken the test in more challenging circumstances.