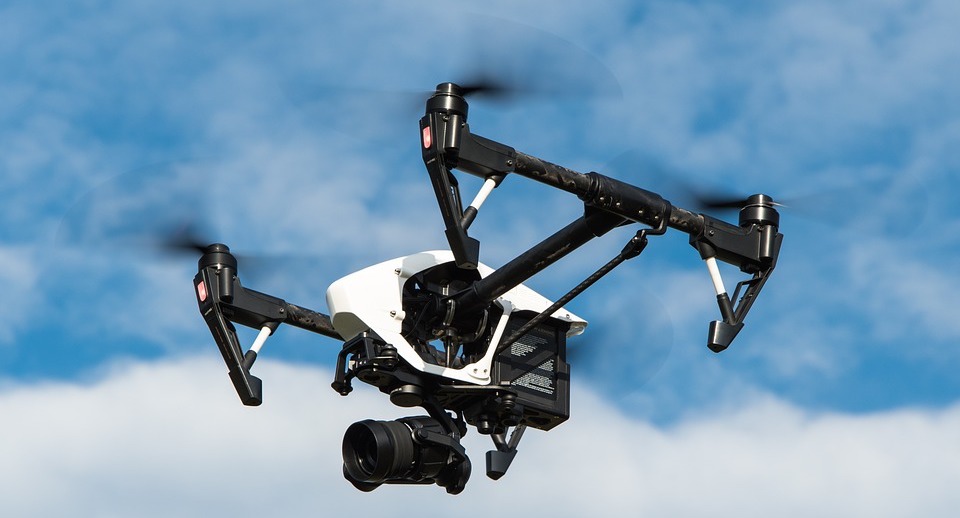 by Joseph Flynt
Posted on April 20, 2019
26 Shares
3D Insider is ad supported and earns money from clicks, commissions from sales, and other ways.
DJI has just released the Mavic Air 2. See all of the specs here.

Obtaining a remote pilot certificate, more commonly known as a drone license, allows you to legally use your drone for commercial operations. The most common example of this is professional drone photography, where you sell photos or videos that you capture using your drone. Other, less common examples include construction surveys, terrain mapping, or land surveillance. In any case, having a drone license ensures that you conduct your commercial drone operations within legal boundaries.

The process of securing a drone license is mandated by Part 107 of the FAA regulations. Part of the process is passing a knowledge test comprised of 60 multiple choice questions. You have to correctly answer at least 70 percent of the questions correctly to pass the exam and be eligible to be granted a drone license. Should you decide to take the test, the 60 questions you get will likely be different than those that others have gotten, since the questions are pulled from a larger pool. Taking the knowledge test will cost you $150.

How Hard is the Part 107 Knowledge Test?

What makes the test so hard? The thing about the Part 107 knowledge test is that FAA administers the exam to aspiring drone pilot as if they are actual aircraft pilots. In fact, some people who have taken the exam claim to have seen questions in the Part 107 test that they have also seen in private pilot ground school courses. For people who have no experience in flying actual planes, the scope of the test can be quite overwhelming.

What do I Need to Study?

If you want to be highly certain of your chances of passing the knowledge test, then reading the 87-page study guide cover to cover is certainly a good enough strategy. You can even read all 624 pages of the Part 107 regulations if you have enough time and focus. In any case, having an understanding of these documents and keeping this knowledge in your back pocket is still highly recommended for any drone pilot, licensed or not.

If you find the FAA study materials too technical or tedious, then you might be interested in taking one of many Part 107 study courses available online. These study courses offer a mixture of pages of easy-to-understand reading materials, several hours of videos, practice tests, practical tips, and sample questions. They do come at a price, though. Consider the price of a training course an investment towards your future commercial drone business.

You may be wondering what particular subjects you need to focus on while studying. Luckily, there are several testimonies from people who have taken and passed the knowledge test. As we have said, the test requires some level of aeronautical knowledge approaching that of being an actual aircraft pilot, so it might be a good idea to have an actual pilot explain the concepts of weather and charts to you.

Some questions will require you to refer to charts and illustrations, and you are allowed to bring a magnifying glass if you are hard of seeing. You may also have to refer to maps and locate certain facilities given a set of coordinates, so some knowledge of map reading and cartography will be a plus. To illustrate, here is a sample question from one of the online study guides:

You will also need to have knowledge on the aerodynamics of small unmanned aircrafts, and how factors such as having a payload or the weather can affects its flight ability, as illustrated by this sample question:

When operating an unmanned airplane, the remote pilot should consider that the load factor on the wings may be increased any time

There are also questions that require a certain understanding of physics, and how it relates to the operations of your small unmanned aircraft, like this question:

(Refer to FAA-CT-8080-2G, Figure 2.) If an unmanned airplane weighs 33 pounds, what approximate weight would the airplane structure be required to support during a 30° banked turn while maintaining altitude?

You will also have to familiar with FAA regulations and procedures for any number of situations, such as accidents or non-regular operations. Some understanding of airspace classification and operating requirements would also be helpful, and how these classifications restrict the flight of small unmanned aircrafts.

According to 14 CFR part 107, how may a remote pilot operate an unmanned aircraft in Class C airspace?

The list of suggested topics is quite long and comprehensive. In addition to the subjects mentioned above, study is suggested on the topics of emergency procedures, radio communication standards, airport operations, drone maintenance and pre-flight inspection, and physiological effects of drug and alcohol on a remote pilot, among others. The list of topics is a mouthful, and we cannot stress enough how important it is to take studying for the test seriously.

What happens if I don’t pass?

Don’t worry too much. You are allowed to re-take the test after 14 calendar days. Don’t expect to be tested on the same subjects, but this period does give you ample time to study on topics that were problematic to you. Your failure will be put on record, but it isn’t really certain if this record gets considered in the licensing process. Failing several times is probably not a good thing.

I passed the test! Now what?

Good job! Now you can apply for the remote pilot certificate through FAA’s online Integrated Airman Certification and Rating Application (IACRA) system. Once you have created an account in their website, you can submit the code from your successful test and apply for the certificate.

You’re not out of the woods yet, though. Before you can receive your license, the TSA will conduct a background check on you. Nobody really knows how this background check is done, or what the TSA will be looking for. A criminal record related to drug or alcohol abuse might be a red flag. TSA promises that proper due process will be observed, though. This step should not take any more than a few days depending on the backlog that the IACRA has on pending applications for certification.

Being granted a drone license comes with a few responsibilities, such as being required to submit your drone or associated documents to the FAA upon request. As part of being a responsible licensed drone pilot, you are also expected to conduct maintenance and pre-flight inspections checks on your drone prior to every flight according to FAA standards.

Getting a drone license isn’t the walk in the park that many drone enthusiasts were probably expecting. It requires some serious commitment and dedication in the part of the drone pilot. In the end, the whole Part 107 set of regulations is probably for the common good of the drone industry. By having a legally mandated set of standards, all drone pilots, licensed or not, can practice safe and responsible drone flight.

Joseph Flynt
I love diving into the latest and greatest in emerging technologies and seeing what they can do. I enjoy running when I'm not thinking about tech.
4 comments
Share now:
26 Shares
YOU MAY ALSO LIKE
SEE MORE