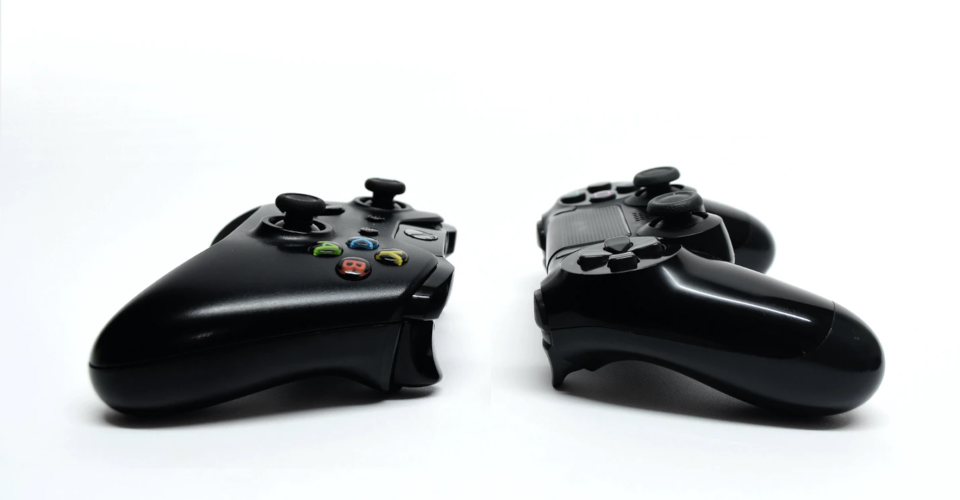 by Joseph Flynt
Posted on November 18, 2020
13 Shares
3D Insider is ad supported and earns money from clicks, commissions from sales, and other ways.

The keyboard and mouse control scheme is a staple when it comes to PC gaming. In most cases, nothing beats it, especially when it comes to speed and aim accuracy. However, there are times when hooking up a special gaming controller to your PC enhances the gaming experience.

In this article, we’re taking a look at the best gaming controllers for PCs that you can buy today. We’ll also be talking about when it’s sensible to switch out your keyboard and mouse for something a little more gaming-centric.

When should you use a gaming controller?

This is quite rare for recently released games, but in the past several years, many games tended to be launched earlier in consoles. These games are then ported to PCs – a process that is more complicated than how most of us perceive it to be.

Games that go through a good porting process often receive control schemes that have been well-crafted for keyboard and mouse. However, this isn’t the case all the time. Some games simply play better with handheld controllers. Examples include heavy action games like Bayonetta and the Batman: Arkham series. The punishing Dark Souls series also plays better with controllers given its focus on precise movements that are replicated better on a controller’s analog sticks.

Sports games are literally a perennial part of video gaming culture. Franchises of football and basketball games, such as FIFA or NBA, are renewed every single year and still generate overwhelmingly positive feedback in terms of sales. What makes gaming controllers exceptionally well-suited for sports games is the fact that they allow for more refined movements while pressing two or three buttons at the same time. This can be crucial when it comes down to a game-winning goal or a crucial three-pointer.

Arcade-style controllers for fighting games may seem retro, but they remain a favorite even in the competitive gaming arena. There’s just something unique about those big buttons and their tactile feedback, as well as an extra-large joystick that feels like it can take punishment. These arcade controllers are super tough and are designed to withstand relentless button mashing which can be unavoidable when fighting games get too extreme.

Flight simulators are a completely unique genre in gaming. They are much less action-packed than your standard game but are more focused on realism and a sense of exploration. To make the experience more realistic, it’s often a great idea to buy a set of controllers designed especially for flight simulators. These are called HOTAS or “hands-on throttle and stick” controllers and could be some of the most expensive gaming controllers you could get if you’re really after the premium experience.

Racing games can be played with either handheld controllers or controllers that are specially designed to mimic the feel and form factor of a car’s steering wheel. Either way, their advantage is that they allow for variable acceleration and braking, as well as greatly refined directional controls. A racing game is the type of game we can barely imagine playing well with a keyboard and mouse.

To be clear, there’s probably nothing stopping you from playing any of these games with your good old keyboard and mouse. However, we can argue that you might not be making the most out of your games if you haven’t tried playing them with other controllers. If you are a huge fan of any of these video game genres, then you might want to consider any of these controllers for gaming PCs. 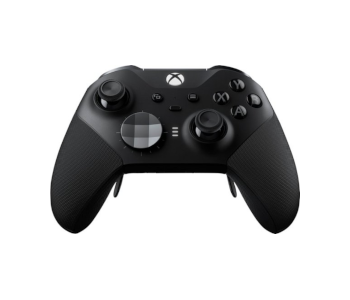 In terms of sheer performance and customizability, there probably isn’t a single handheld wireless controller that can rival the Xbox Elite Series 2 controller. The controller features the preferred asymmetric analog stick design, a changeable D-pad, removable trigger paddles, and a hair trigger lock for those lightning-quick trigger pulls. The characteristic heft of the Xbox Elite and the textured grip surface also contribute to the controller’s more premium feel.

The Xbox Elite Series 2 has long established its place as one of the best handheld controllers. It’s particularly well-suited for competitive shooting games but also works well for racing games, action games, and platformers. The number of customizable parts and mappable buttons means that you can personalize your gaming experience with this controller in virtually unlimited ways.

The Xbox Elite Series 2 can be used with your gaming PC as long as it runs Windows 10. The controller can be paired via Bluetooth or via the USB-C port if you prefer minimal latency. You will need to install the free Xbox Accessories app on your PC. This app will also be useful for remapping the controller’s buttons and adjusting the sensitivity of the triggers and analog sticks. 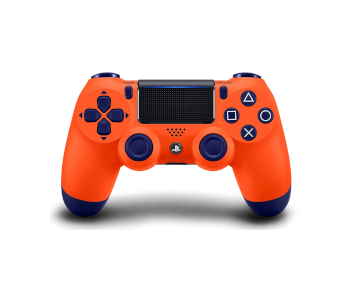 The DualShock 4 is the default controller that comes with the PlayStation 4 gaming console, but it can also be used on PCs via a Bluetooth connection. It is nowhere near as sophisticated as the Xbox Elite Series 2 but it’s a fairly affordable handheld controller that has satisfied an entire generation of gamers for the past couple of years.

As far as handheld controllers go, the DualShock 4 is already one we consider old-fashioned. It has symmetric analog sticks, non-mappable buttons, and a limited number of trigger buttons. Its key features are its rumble and motion sensors, both of which are technologies that have been used in controllers for more than five years.

Despite the age, the DualShock 4 is a controller that millions of gamers feel the most comfortable using. Aside from its native gaming console, the DualShock 4 can also be paired with PCs via Bluetooth. This is ideal for shooting games or action games where the granular control of the trigger buttons and analog sticks can be beneficial.

If you’re a hardcore gamer, you may feel that the DualShock 4 is underpowered compared to more modern alternatives available today. Still, one cannot argue about its ergonomics, durability, and the fact that it’s much cheaper than the Xbox Elite controller. 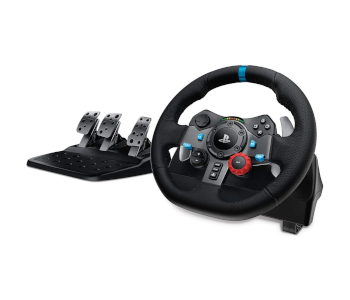 For racing games, we prefer to go for a controller that simulates the experience as realistically as possible. The G29 Racing Wheel from Logitech satisfies this craving perfectly well. It comes with a steering wheel that can rotate up to 900 degrees and a companion pedal unit. A stick shift controller can also be added to this setup but has to be purchased separately.

The steering wheel with its faux leather finish feels nice gives it a premium feel. All the control buttons are easily accessible on the wheel. One thing that feels lacking in the steering wheel is any sort of ample feedback that lets you feel the terrain you’re driving over and the effects of acceleration and braking.

Although the basic set does not come with a gear shift accessory, shifting via the paddles works perfectly fine. The paddle shifters feel great, are very responsive, and truly elevate the experience of playing a racing game.

The biggest downside of getting a racing wheel controller is that you’ll quite literally have to splurge for it. The Logitech G29 costs around $300. You can probably get cheaper ones but don’t expect to buy a good one below $200. 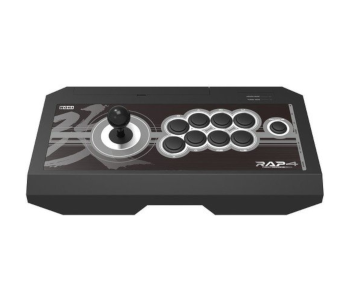 HORI is one of the more recognizable brands in the game controller industry, particularly for arcade-style fighting sticks. The Real Arcade Pro 4 Kai (which we shall abbreviate to RAP4 Kai) was designed primarily for the PlayStation 3 and 4 consoles but can also be used with a PC via the Xinput API.

The layout of the RAP4 Kai should be familiar to any old-school gamer. It has a single joystick and eight action buttons, each of which can be remapped and customized. Both the stick and the buttons follow the HAYABUSA design which gives them reduced input time and enhanced accuracy. That little bit of boost is something that anyone in the competitive scene will deem as essential.

The RAP4 Kai is very durable and has been built in anticipation of the punishment that it will likely receive in the hands of gamers. This durability is built into both the button panel and the whole chassis of the controller.

A common reason why PC gamers stick with their standard keyboard and mouse is the fact that special controllers cost a lot. Not that gaming is a cheap hobby by any measure, but that extra cash can also be spent on the next hardware upgrades.

The Logitech F310 is a remarkably inexpensive way to experience playing with a handheld controller. While it doesn’t feel as nice as a DualShock 4, the F310 has all the staple features – analog sticks, trigger buttons, a D-pad, and four action buttons. A huge advantage of the F310 is that it has programmable buttons, truly making it a controller worthy of being used for PC gaming.

Despite the limitations of the F310, it’s compatible with a wide range of games. Games downloaded via Steam or those played in emulators usually work well with the F310 with minimal setup required.

At less than $20, the F310 lacks the heft that gives more expensive controllers a premium feel. It’s also a wired controller with no Bluetooth functions, although the extra-long cord is a nice consolation. It still feels better than an OEM controller, but not by much.

Still, it’s hard to argue with the value-for-money of the Logitech F310. If you don’t plan on spending a lot of time playing with handheld controllers, then this is a good option that comes at a minimal cost. It’s also the type of controller you can get your little brother or sister so they don’t get their messy fingers all over your more expensive controllers.

When one thinks of PC gaming, one typically conjures an image of a gamer hunched up on the usual keyboard and mouse, maybe with some RGB lights. However, it’s equally valid to play on PC with a handheld controller or a special controller for racing or fighting games.

The gaming world should not discriminate – play your games just the way you want it. If you find that you play better with a handheld controller or simply enjoy the convenience of gaming using just a single piece of hardware, then go ahead and splurge on that expensive controller with its fancy analog sticks and customizable buttons.