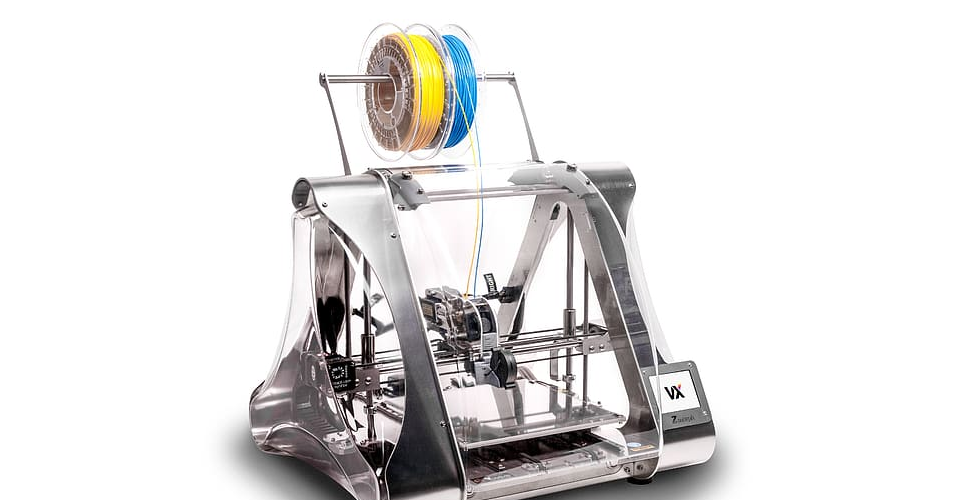 3D Printing with PEI Filament: What is is, properties, and how to use

by Joseph Flynt
Posted on April 18, 2020
27 Shares
3D Insider is ad supported and earns money from clicks, commissions from sales, and other ways.

While most novel filament materials used in 3D printing focus on how they make the finished print look, there is a handful that put performance at a higher priority. With superior mechanical strength and thermal stability, these projects are suitable for 3D printing products that will be used in industrial settings or in scenarios where failure is not an option.

One such filament is PEI. One of a few high-performance 3D printing filaments, PEI isn’t exactly a filament that most hobbyists have used or are even familiar with. What is PEI and what makes it superior to other filaments? How is it used and what are its pros and cons? 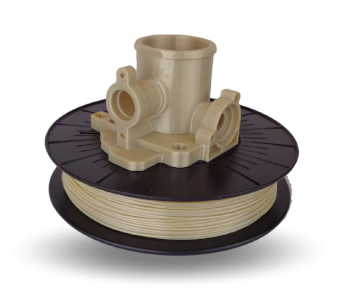 PEI stands for Polyether Imide, a polymer that was first developed by Joseph Wirth of the Plastic Division of GE back in the early 1980s. It is an amorphous plastic with a characteristic semi-transparent amber color. It is used primarily for its high mechanical strength, stable electronic properties, and excellent chemical stability.

Along with PEEK (Polyether ether ketone), PEI is one of the plastics that fall under the PAEK (polyaryletherketone) chemical group. PAEK plastics are desired because of their exceptional mechanical strength and stability in high-temperature conditions. They are resistant to chemical attack and do not degrade when exposed to outdoor conditions. In 3D printing, PAEK plastics are also a safe choice because they do not release toxic fumes when heated.

Nowadays, practically all PEI filaments in the market are manufactured under the ULTEM brand by the SABIC company who acquired GE’s Plastic Division in 2007. The brand has made great strides in improving the product and its applications, culminating in the 3D printer-compatible ULTEM 9085 receiving an aerospace certification for its use in functional parts in civil aircraft.

Pros and cons of PEI

PEI has been widely used in a host of engineering and industrial components because of its high-performance characteristics. Still, there aren’t many 3D printing professionals who have used or will even consider using PEI filament. This is because PEI has a lot of strong advantages and a few debilitating setbacks.

Again, the thermal stability beats out other filaments we typically refer to as “high-temperature,” such as ABS or nylon. PEI has a glass transition temperature of 217 °C and starts to melt at 240 °C. This makes PEI an excellent material for functional parts that have to endure a lot of friction and medical tools that need to be autoclaved regularly.

The chemical stability of PEI also allows its use in versatile applications, particularly for parts that are often used outdoors and exposed to UV radiation. PEI resists attacks by acids, bases, and oils, making it a valuable material for various industrial and commercial settings.

Challenging to work with

The same properties that make PEI a desirable material for finished products also make it quite a challenging material for 3D printing. Since the filament is more rigid than most other 3D printing filaments, it needs to be handled carefully so it doesn’t snap.

While you can get a 1-kilogram spool of the usual ABS or PLA filaments for less than $20, a spool of PEI filament with a similar weight can cost anywhere between $150 to $200. This huge jump in cost is another reason why printing with PEI is so uncommon and something that is reserved only for the most commercially relevant applications. Simply put, PEI isn’t the type of filament you will want to experiment with.

A huge majority of the PEI filament products available today come from the ULTEM brand and are simply rebranded by the distributors. This means that all these filament products come from the same resin and have the same properties. This limitation in availability isn’t something that you will normally encounter with other filaments and certainly impedes any possibility of experimenting with different types of PEI filament.

Best settings for printing with PEI

Before you decide to buy PEI filament, the first thing you need to check is if your 3D printer is equipped enough to handle it. The heating element of the hot end nozzle plays a huge role in determining if your 3D printer is up to par. You will likely need an all-metal nozzle that can handle these elevated temperatures. Your print bed must also be able to reach temperatures beyond what most other 3D printers can offer.

Lastly, you will need to get a good enclosure that will maintain the print chamber at above 90 °C. This normally isn’t something you can “retrofit” to an existing 3D printer, as its electrical components also need to be designed to withstand such temperatures.

The recommended printer nozzle temperature for PEI is anywhere between 355 to 390 °C. The actual temperature optimal to your situation may vary depending on the brand of the filament. It would be best to start at low temperatures and gradually increase your temperature setting until just before you run into any stringing problems.

To avoid problems with warping, a heated print bed is necessary when printing with PEI. The recommended bed temperature for PEI is anywhere within the range of 120 to 160 °C. Remember to pre-heat the bed (along with the enclosure) before you start printing. We recommend using a glass bed for more even heating and easier removal of the finished print.

For added protection against warping, it would be best to apply a heat-stable adhesive on the print bed. A layer of hairspray or Kapton tape should suffice. Some users have had success with just glue stick, so it could be worth a try if you don’t have the optimal choices on hand.

In setting the print speed, it’s recommended to start low at 20 mm per second and slightly ramping it up to a maximum of 35 mm per second. Take care to watch out for signs of under-extrusion, such as skipping of your extruder gears. A low print speed is preferable to give the nozzle’s hot element enough time to melt the PEI filament.

It hardly bears mentioning, but you should have no cooling fan activate during the whole PEI printing process. Instead, what you need is an insulated print chamber enclosure. DIY solutions aren’t going to cut it here. Some 3D printers even off the option of actively heating the print chamber using arrays of halogen lamps.

Once the print has been finished, it is worth keeping in mind that the hot filament will contract by a huge margin because of the large temperature drop. While this is certainly a concern with regards to dimensional accuracy, another problem you should anticipate is that this contraction can result in your build plate getting damaged. Thus, many users recommend removing the finished print while it’s still slightly hot. Determining when this perfect moment is may be a matter of trial and error.

As we’ve stressed, there isn’t exactly a wide variety of choices in today’s market for PEI filaments. Although PEI filaments may be sold under different brands, you’ll probably still end up with a filament derived from an ULTEM resin. 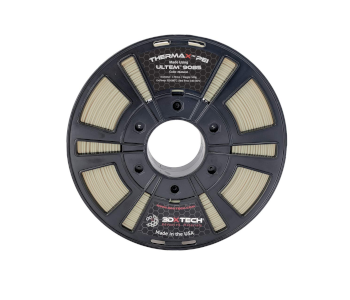 One of the few PEI filament products available online, the ThermaX PEI Filament was manufactured using the ULTEM 9085 PEI resin. As with any filament derived from this resin, the ThermaX PEI has excellent thermal resistance, is naturally flame retardant, and exceptional strength and rigidity. The filament produces minimal smoke and no toxic fumes during printing. It exhibits good chemical resistance and is suitable for applications that come into contact with automotive fluids, alcohols, hydrocarbons, and aqueous solutions.

This 250-gram filament spool costs around $70. This is very expensive as far as 3D printing filaments go, but that is an unavoidable circumstance of printing with PEI. The ThermaX PEI is also available in 500-gram spools.

PEI is the type of filament that showcases the potential of 3D printing. By having mechanical and chemical properties that are far superior to more commonly used 3D printing filaments, PEI bridge the gap between 3D printing as a hobby and as a legitimate manufacturing technique.

PEI belongs to a small group of thermosetting plastics that are much stronger and thermally stable than other plastic filament options. However, they also require a much more demanding set of 3D printer settings. Until these high-end 3D printers become more accessible, we likely won’t see PEI filaments being used outside of industrial or commercial settings.