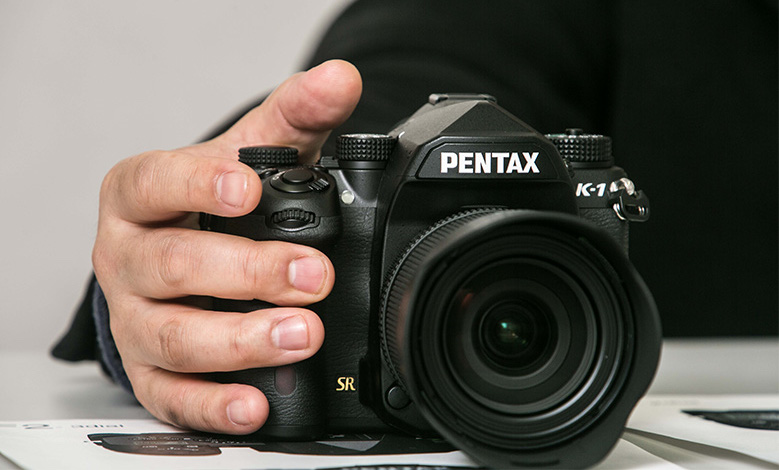 by Joseph Flynt
Posted on April 23, 2018
7 Shares
3D Insider is ad supported and earns money from clicks and other ways.
DJI has just released the Mavic Air 2. See all of the specs here.

Pentax has a small, but powerful, range of cameras that are suitable for photographers of different abilities. We will compare the different specs and features of the various models so that you can get a thorough understanding of which device may be ideal for you. Regardless of your budget, we will let you know which options to consider.

Pentax produces a range of powerful DSLR cameras. To help you understand the different models, we have listed the crucial specs below. We suggest you make use of this chart before committing to a buying decision.

Pentax has moved its focus away from compact cameras to focus on DSLRs. All the compact devices are now discontinued. Regardless, we will give you the info on newer models that are still currently available second hand. Remember, these are basic models for amateur photographers.

The most important aspect of a camera is its sensor size. Bigger sensors capture more detail and result in higher quality images.

Most Pentax cameras rely on an APS-C sensor. This reasonably sized sensor can take good shots. However, the Pentax K-1 goes even larger with a full-frame sensor. You will notice that this camera is noticeably more expensive than most of the other models, and the main reason is due to this sensor size. You can even go larger with the Pentax 645Z’s massive medium format sensor. However, you will need to pay thousands more.

If you consider yourself a professional photographer, then the full frame or medium format sensors may be the way to go. Camera users that are more casual will find that an APS-C sensor will do just fine.

We have shown the approximate sensor sizes in millimeters below.

You don’t simply point your camera at a subject, press the button, and then get exactly what the sensor sees. Cameras use image processors to make the final photos look better. These systems can do a range of functions, including correcting lighting and resolution issues.

Image processors also affect a camera’s burst speed. Generally, the more powerful the processor, the more frames per second that can be taken.

You will notice that cheaper Pentax cameras rely on the “PRIME M” processors, while the more powerful models use the superior “PRIME” processors. The compact camera image processors have been left out because Pentax has not released specific information about them.

ISO is a setting on a camera that controls light sensitivity. The higher the setting used, the more light is present in a photo. For sunny conditions, photographers typically use low ISO settings, while nighttime shooting requires higher settings.

You will notice that higher-end Pentax cameras often have greater ISO ranges while the cheaper models offer less flexibility.

Autofocusing technology makes it easy to find a subject and (obviously) focus on them. The more autofocus points available, the easier it to hone in on a subject. The system will also work faster, and you’re less likely to get delays where the camera is searching for a subject.

Photographers who need to snap images fast, such as those who shoot sports games or wildlife, will find that selecting a camera with more autofocus points is the best option.

The same photographers who shoot action scenes will frequently make use of a camera’s burst mode. Doing so allows them to take a rapid string of photos. They can then sort through the results later to find the best options.

While Pentax cameras aren’t known for having particularly high burst speeds, many still have enough to get the job done.

If burst mode isn’t enough, then consider recording a video. Pentax camera can record at 1080p, which is high definition video. Just be sure to consider the frame rate for the different cameras. The higher, the better.

For example, the Pentax K-S1 only can only record 1080p at 30fps. On the other hand, the Pentax K-1 can record the same footage at 60fps. This is twice as many frames, which means users will be getting twice as much data. Playback will look a lot smoother, without much in the way of jerky motion.

Most Pentax camera have pretty similar displays. The only real differences are that the Pentax 645Z and Pentax K-1 have slighter bigger screens, with slightly higher resolutions. None of them have touchscreens.

All the compact cameras have low-resolution displays.

The Most Powerful Pentax Camera for Serious Photographers

The Pentax 645Z is a beast of a camera with a price tag of around $6,100. The device has a massive medium-format sensor for capturing epic photos. Don’t get confused by the word “medium” as this sensor size is larger than full-frame sensors. The camera’s 27 autofocus points allow it to locate subjects with ease. A 100 – 204,800 ISO range means users can shoot in pretty much any lighting conditions. If still shots aren’t enough then the device also captures 1080p video at 60fps.

The only major let down is the burst speed of only 3.1fps. While powerful, this camera may not be the best fit for those that focus on action photography.

The runner-up for power is the Pentax K-1. A 36.4-megapixel sensor makes it easy to take great photos. This model also has the same extensive ISO range as the Pentax 645Z. 33 autofocus points make it easy to focus, while a 4.6 burst is handy. This camera can also record 1080p at 60fps. Not bad for the much lower price of $1,700.

The Best Midrange Camera for Those Seeking Value for Money

Those on more of a budget may want to consider the Pentax KP. This device has a powerful 24-megapixel APS-C sensor for capturing sharp shots. A vast ISO range makes it easy to shoot regardless of the lighting. If you’re an action photographer, then 27 autofocus points will make it simple to find subjects, while a 7.1fps burst speed will allow you to capture images quickly. If you wish to shoot video, then you will have 1080p available at 60fps. Overall, a pretty solid buy for $900.

The Best Option for Those on a Tight Budget

Those seeking a basic Pentax camera should consider the Pentax Q-S1. This model only has a small 1/1.7 inch sensor, so don’t expect to do professional-level photography. Regardless, it makes a nice entry-level camera for $400. 25 autofocus points and a 5fps burst make it ideal for shooting at a moment’s notice. You can also record 1080p video at 30fps.

You don’t want to jump the gun and end up with a camera that simply doesn’t meet your needs. We recommend spending the time to compare the different models. Doing so will help you determine the best options. Make sure you use our comparison tables and consider our suggestions for different budgets.