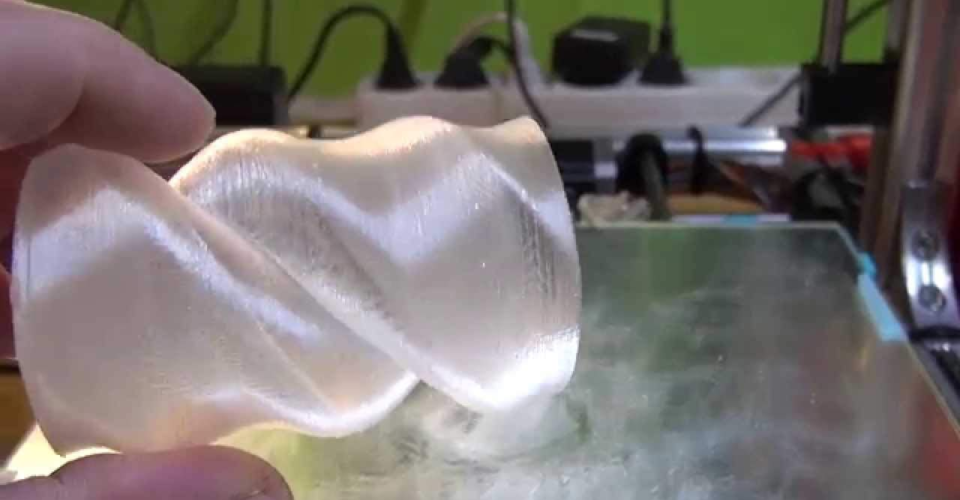 PETT Filament: Properties, How to Use, and Best Brands

by Joseph Flynt
Posted on January 29, 2020
19 Shares
3D Insider is ad supported and earns money from clicks, commissions from sales, and other ways.

PET, or Polyethylene Terephthalate, is one of the most common plastics in the world today. Its superior combination of mechanical strength, moisture-resistance, and temperature stability has made it one of the go-to polymers for a wide range of commercial and industrial applications.

In the field of 3D printing, PET doesn’t enjoy quite the same level of popularity. However, the widespread use of PET in 3D printing isn’t out of the books yet, especially as more and more 3D printing professionals realize the value of PET and PET derivatives. In this article, we take a detailed look at one such derivative, called PETT. What is PETT and how is it used? Does it have advantages over other filament materials?

PETT stands for Polyethylene coTrimethylene Terephthalate. Compared to PETG (glycol-enhanced PET), PETT has better optical properties and is slightly more rigid. While PETT is certainly far less popular than PETG, a company called Taulman has been quite successful in creating their own PETT line, which is branded as T-glase – short for “tough glass.”

Being an early adopter for this particular 3D printing filament, you will hardly find any other brand that sells PETT aside from Taulman. T-glase has become well-regarded for its enhanced strength and optical properties. As its name implies, the quality of prints made using T-glase approaches that of real glass. Right now, Taulman offers a huge variety of T-glase colors including clear, white, black, green, red, and blue.

Unlike other high-temperature filaments such as ABS or Nylon, PETT has a very low shrinkage factor. This simply means that it is not as prone to warping – easily one of the most frustrating problems that one can encounter while 3D printing.

This is a major advantage of printing with PETT, especially if you have to deal with arresting the effects of warping with complex adhesion aids and by printing rafts or skirts. It also means that prints made with PETT have better dimensional accuracy, making it an excellent material for functional parts and composite models.

Compared to PETG, PETT is slightly more rigid. Again, this property is great for scenarios where dimensional accuracy is important. PETT doesn’t deform by much when under impact, allowing it to retain its size and shape. However, this also makes PETT more brittle, so a failure of the material under high stress will be much more catastrophic. High rigidity also makes PETT more prone to scratches.

One of the best things about PETT, and one of the more unique characteristics of the T-glase products is that it’s water-clear. This means that the material retains a good deal of its clarity even when your print your model in thick layers. A print made using PETT can even be sanded and polished to reduce light refraction, making the finished project even smoother and clearer.

Unlike the infamous ABS, PETT prints at high temperatures without releasing any noxious or toxic fumes. This is great for when you don’t have much space in your workshop for air to circulate, although you shouldn’t take it as an excuse to use a 3D printer in a room with no ventilation. Remember that 3D printers still release plastic microparticles which you could end up inhaling. With PETT, though, at least you won’t end up suffocating.

Just like PET and PETG, the excellent layer adhesion of PETT is both a blessing and a curse. It means that you can easily get the first layer of your PETT to stick to the build platform without warping. Prints made with PETT are also inherently stronger because of the superior layer-to-layer adhesion.

The problem comes up when it’s time to remove the finished print from the build platform. Since PETT sticks so well, you’ll have to both be gentle and firm to be able to remove your print without causing undue damage. PETT also makes a terrible support material because of how hard it is to remove from the finished print. However, you might not have a choice if your 3D printer only has a single extruder. 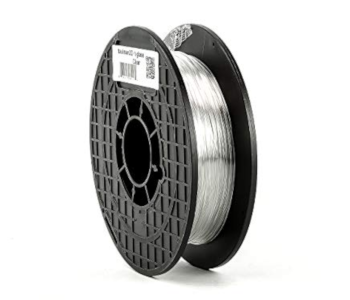 PETT is an FDA-approved product, which means that it’s safe for contact with food. Combine this with PETT’s excellent heat stability, and you have the perfect material for food containers or plastic cutlery. However, 3D printing a contained for long-term storage of food might not be a good idea, even if you’re using PETT. The products of 3D printing have innately uneven surfaces, and these small nooks and crannies can act as the perfect breeding ground for bacteria.

The rigid nature of PETT makes at a good material for protective components. Since it does not deform under pressure, it can provide adequate protection as a container or shelter.

Just like PET and PETG, PETT is one of the most chemically stable filament materials. It can resist attack by most oils, acids, and cases. This chemical stability also extends to protection against UV degradation, which makes PETT one of the most preferred materials for outdoor use. If you’re looking to make any outdoor signage or lawn ornaments, then PETT is certainly one of the more reliable options.

PETT is one of the easiest filament materials to work with – something that can’t be said for ABS. It also has comparable physical characteristics, so PETT will make a great substitute for ABS for those times when you just don’t want to deal with the warping issues and the fumes of ABS. Some 3D printing professionals even believe that it’s just a matter of time before PET derivatives overtake ABS in terms of popularity.

The recommended setting for printing temperature when working with PETT is somewhere in the range of 212 to 235 °C. Although PETT has minimal shrinkage and superior layer adhesion, a heated bed is still recommended to reduce the thermal shock as the heated filament hits the build platform. A setting of 50 to 75 °C. is recommended for the bed. You can print the PETT directly on a heated glass bed without any adhesion aid, but there’s nothing stopping you from applying a layer of Kapton tape on there.

If a heated bed is not available, then printing PETT on a standard print bed is still possible, but we suggest applying a layer of glue stick on the bed.

Since PETT is not prone to warping, it doesn’t really matter if you decide to print with cooling turned on or not. In the interest of letting your print become rigid as quickly as possible, a cooling fan set at 50% should suffice.

The clarity of PETT is one of its best and distinguishing characteristics. The maximize the effect of its optical properties, manufacturers recommend printing with a high layer thickness – somewhere between 70% to 80% of the nozzle size. You can also use a larger nozzle on the order of 0.7 millimeter.

If you decide to use a larger nozzle or a high layer thickness setting, then you need to reduce the printing speed to give the filament enough contact time with the hot element to melt. Start by adjusting the printing speed at 25% of your usual setting and working your way up to just before you run into under-extrusion problems.

Where to buy PETT filament

With its excellent physical properties and ease of use, we consider PETT (as well as PETG) as one of the “up and coming” filament materials in 3D printing. It’s hard to argue with its benefits, especially as more and more 3D printing professionals and hobbyists are moving away from ABS and are looking for filaments that are easier to handle.

Perhaps the biggest drawback of PETT is that it’s still somewhat of an expensive filament. This comes down to the fact that there’s really only one brand of PETT filament in the market today. As demand for PETT rises up, we expect more filament manufacturers to start working with PETT. Hopefully, this will be enough to tip the balance in favor of PETT.