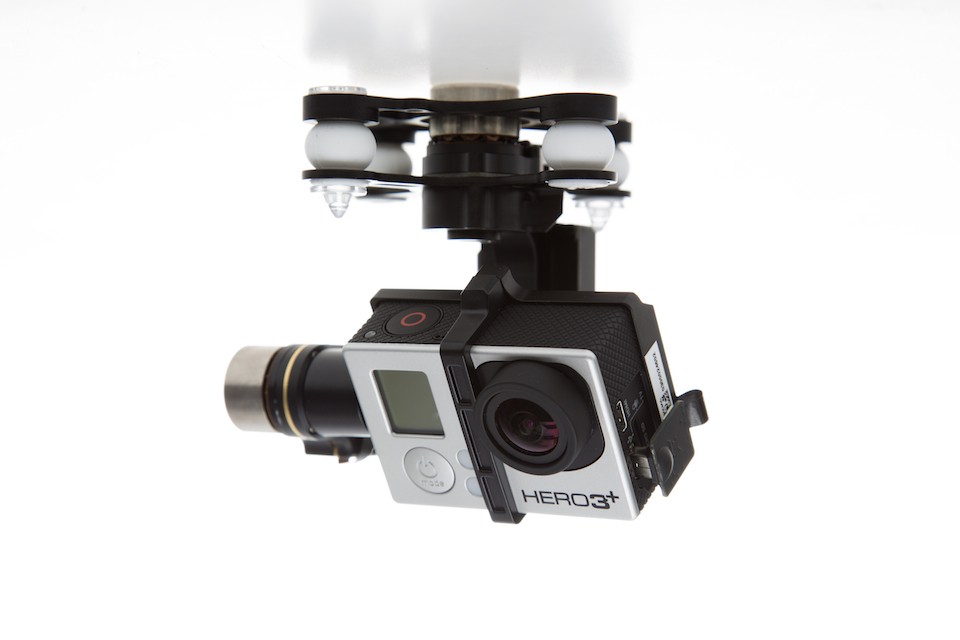 Can I use a GoPro camera with my DJI Phantom?

by Joseph Flynt
Posted on December 31, 2017
23 Shares
DJI has just released the Mavic Mini. See all of the specs here.

The Phantom series from DJI include some of the best, high-end camera drones available in the market today. True to their marketing as pro-level drones, they have been widely used by many world-famous travel, nature, and wildlife photographers. They come with their own 4K cameras, capable of recording video at up 60 fps, mounted on stabilizing gimbals.

Still, we find no shortage of intrepid drone users asking the question: Can I mount a GoPro camera to my Phantom drone?

The GoPro brand is practically synonymous to high-quality action cameras, and there is no doubt that their products perform well in outdoor and rugged situations. Is it possible to combine the best of both worlds? In this article, we take an in-depth look on the pro and cons of combining a GoPro camera and a DJI Phantom drone, and how you can possibly go about doing it.

Is it possible? How?

Short answer: Yes, it is possible. In fact, DJI advertises and sells the Zenmuse series of gimbals specifically for use with GoPro cameras. This means that you will have to remove the gimbal that comes with your drone and install a new gimbal. This is not a complicated procedure, as the Zenmuse gimbals were designed to be easy to install.

There are 3 gimbal models that you can choose from. The Zenmuse H3-2D is the most basic option, and is compatible with the GoPro Hero 3. It has a 2-axis stabilization system, and was designed to work with the DJI flight control system.

If you want a model with a more sophisticated stabilization technology, then you might want to take a look at the Zenmuse H3-3D. This model has a 3-axis stabilization system, and is compatible with both GoPro Hero 3 and GoPro Hero 3+.

If you are using a GoPro Hero 4, then the Zenmuse H4-3D was specifically designed for your GoPro model. This gimbal also has a 3-axis stabilization system. This model has been customized for use with the DJI Phantom 2, although it can also be used with other DJI platforms with a few modifications.

Aside from being compatible with GoPro Hero cameras, the best thing about the Zenmuse gimbals is that they come with the trusted camera stabilization technology from Zenmuse. They have an indepent Inertial Measurement Unit (IMU) which continuously collects data about its surroundings, and uses this data for its stabilization algorithm. They are also small and lightweight, making sure that they don’t compromise the flight ability of your drone.

We don’t recommend this, as making unofficial modifications may fall outside the realm of actions covered by your warranty. We also don’t recommend directly mounting a GoPro camera to your drone without a gimbal, as you’ll likely end up with very poor quality photos and videos.

What are the advantages of using a GoPro camera?

Ruggedness – Most drone cameras are notorious for being fragile. GoPro cameras are pretty much the opposite of fragile – they were built to withstand the elements and take minor bumps and crashes. Your drone will probably break before a GoPro camera does.

Flexibility – Having a Zenmuse gimbal opens up the option of using different action cameras with your Phantom drone, such as the SJ5000 series from SJCAM.

Expensive – Mounting a GoPro camera to your drone means buying another expensive piece of technology (the camera AND the gimbal) to go with your already expensive drone. This will require even a higher level of caution and diligence while flying, as losing your drone will doubly hurt.

Fish-eye distortion – Footage shot from a GoPro camera has a considerably higher level of fish-eye distortion compared to those from the 4K cameras of the Phantom drones. Although this effect can be used for artistic flair by some, most photographers deem it undesirable. Removing this distortion may result in losing some resolution, or having to altogether trim the footage. Fortunately, you can choose a narrow field on most GoPros.

Reduced video feed quality – The thing about the onboard cameras of the Phantom drones (or any other DJI drone) is that they were specially designed for long distance transmission. The cameras were built with focus on the distance of transmission, video quality, and minimal lag. These are not the strengths of the GoPro Hero cameras. At best, you can go a distance of about 30 feet before the video quality starts to drop in quality. You will also likely suffer a lot of lag, making FPV flight impossible. At greater than 100 feet, you’ll probably be flying blind.

Connecting a GoPro Hero camera to a DJI Phantom drone sounds great on paper, and may be useful for some very specific cases. If you need wide-angle photos or videos, then there really is no other way to do it other than with a special action camera such as one from GoPro. However, it is quite costly to fly with this setup.

The quality of photos and videos from a GoPro action camera and the onboard Phantom cameras do not differ in any discernible measure. More importantly, we do not recommend FPV flying, flying over long distances, or flying over heavily forested areas using a GoPro camera. The video from the GoPro will drop out sooner rather than later, and you are bound to lose control of your drone.