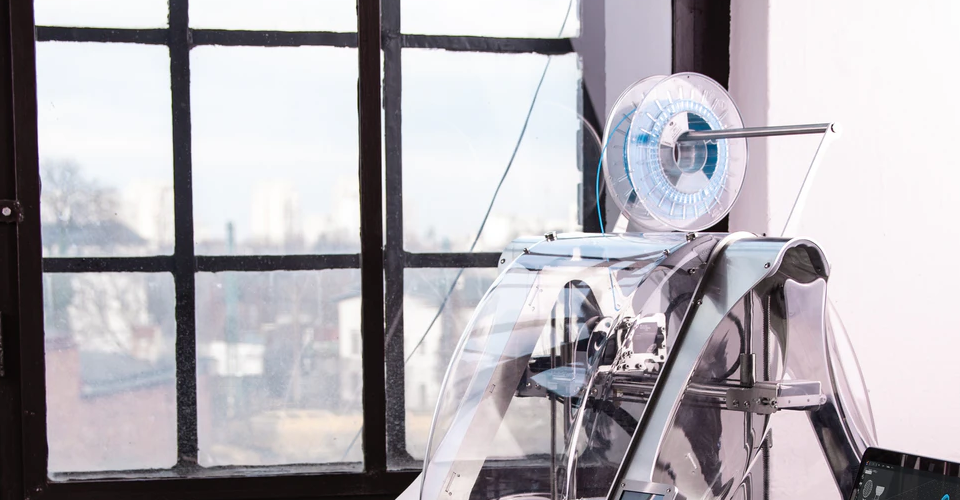 Is PLA-F Filament Any Good?

by Joseph Flynt
Posted on May 9, 2021
11 Shares
3D Insider is ad supported and earns money from clicks, commissions from sales, and other ways.

Through the years, one fact about filament-based 3D printing remains – that it is a landscape ruled by PLA and ABS. As two of the most popular filaments, most 3D printing professionals know very well the benefits of printing with PLA and ABS as well as the corresponding challenges. Neither of these two filaments are perfect but they are familiar and inexpensive.

There has been a lot of effort to combine the strengths of PLA and ABS and eliminate their weaknesses. The PLA-F filament is the latest of these efforts. What exactly is PLA-F and how is it better than PLA or ABS?

To put it simply, PLA-F is advertised as a filament that combines both PLA and ABS. PLA-F is a relatively new thing and only came into mainstream markets in late 2020. Right now, only a few brands offer PLA-F. It is also unclear exactly how PLA and ABS are blended into PLA-F. IF PLA-F becomes popular, there’s a good chance that different brands will take different approaches to blending PLA and ABS.

The advantages of PLA-F over standard PLA and ABS 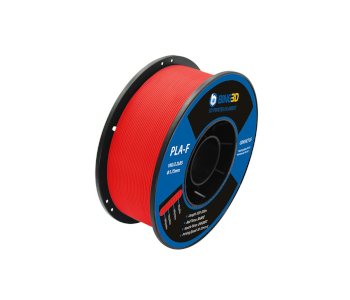 On paper, PLA-F seems like a great idea. What better way to combine the benefits of PLA and ABS than to literally combine them into a single filament? In practice, things aren’t quite as simple as preliminary tests have shown. However, there is certainly a spot in the 3D printing market for PLA-F.

PLA-F shines best in the area of printing performance. According to the filament manufacturer, PLA-F prints best at a temperature of 230 to 240 °C. This is not surprising at all – it’s about mid-way of the printing temperature for PLA and ABS. A heated bed set to 60 to 80 °C is recommended when printing with PLA-F.

PLA-F all but virtually eliminates the warping problem typically encountered with ABS. According to tests, the filament exhibits very good resistance to warping even in models with poor contact surface with the print bed. The bridging performance of PLA-F was also excellent even at the upper values of the recommended temperature range.

Quite surprisingly, PLA-F printed without emitting the characteristic smell of ABS. This is another plus point for the PLA-F side. Without this noxious smell, printing with PLA-F will be a lot more bearable.

As for the finished product, PLA-F takes on a matte-like appearance that helps to conceal layer lines. PLA-F seems to be more flexible than standard PLA, although there are not yet any specific numbers to support this observation. On the surface, a finished PLA-F print does not look bad.

Some users have been successful in doing acetone vapor smoothing of PLA-F. Again, this can be a huge benefit of PLA-F. Vapor smoothing is one of the most reliable, yet easiest ways of post-processing a 3D print. If this can be done reliably, then there’s certainly a case to be made for shifting to PLA-F from plain old PLA.

However, the PLA-F filament test failed spectacularly on heat stability. The reasonable expectation would have been for PLA-F to be heat-stable somewhere between PLA and ABS. Upon testing, this was not the case. The finished PLA-F print deformed at a lower temperature than PLA – at only about 50 °C

Considering how the lack of heat stability is one of the major drawbacks of PLA, it is inconceivable for PLA-F to lose integrity at even lower temperatures. This is one area in which simply combining PLA and ABS does not produce the kind of results that we were expecting.

We are yet to see any trials that test on PLA-F that test other parameters such as tensile strength and UV resistance. It’s certainly a compelling idea to print with PLA-F just do your own tests.

Where to buy PLA-F filament

Clearly, more work needs to be done for PLA-F to really be the best of both worlds of PLA and ABS. As it stands, PLA-F already excels during the printing stage. It does not emit unpleasant fumes, does not warp, and provides good performance with a large wiggle room for temperature.

If you want to test PLA-F filament yourself, check out the following listings on Amazon. As mentioned, PLA-F is not yet offered by the major 3D printing filament brands. There may yet be better versions of PLA-F on the horizon.

Neither of the two listing provide detailed technical data on PLA-F. What they offer is just enough for you to play around with the filament – recommended printing temperatures, bed temperatures, and diameter tolerance values. User reviews have also been a mixed bag. Fortunately, PLA-F filaments are cheap and cost just about as much as a standard PLA or ABS.

We’re still in the very early stages of PLA-F use, so there’s a lot you will have to experiment with to get right. We recommend that you don’t take PLA-F printing so seriously for now. Instead, it would be a nice fun project for one weekend.

The PLA-F filament is just one of many efforts to capture the things that make PLA and ABS tick, as well as eliminate their major drawbacks. From what we see now, the effort has been mostly successful. PLA-F does away with the complications of printing with ABS – namely warping issues, unpleasant fumes, and very high target temperatures.

For now, we suggest that you manage your expectations of PLA-F. At its early stages, it is apparent that PLA-F does not exhibit all the best characteristics of PLA and ABS just yet. However, we are optimistic about the potential of the product. If more brands start to come up with their own version, then there’s chance for PLA-F to improve.

If you’re looking for a filament that combines the best traits of PLA and ABS, we suggest that you give PETG a spin. PETG is not a perfect filament by any means, but it’s quickly becoming one of the favorites of the 3D printing community.