PLA vs. ABS Plastic – The Pros and Cons

by Ramon
Posted on May 25, 2013
22 Shares
3D Insider is ad supported and earns money from clicks, commissions from sales, and other ways. 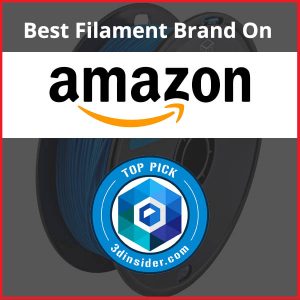 There are loads of materials available, but when it comes to polymeres (like plastic), two types of filament are most popular; PLA and ABS plastic. But what are the differences? Which one is best? To answer these questions, first let me tell you a bit more about them.

PLA is a bio-degradable type of plastic that is manufactured out of plant-based resources such as corn starch or sugar cane.  This is why it is called ‘the green plastic’. Be sure to throw it in a filament recycler and you’re as green as can be. It’s widely used for packaging, such as food products, but of course you can also use it to print!

ABS plastic is made out of oil-based resources and it has a much higher melting point than PLA plastic. It’s also stronger and harder. Because of these particular features, ABS is widely used for purposes ranging from car bumpers and motorcycle helmets to musical instruments, golfclubs and Lego.

So, which is better?

But, as you might have noticed, there are a few drawbacks to using either of the plastics. For instance, let’s say you want to print some new cups and dishes at home. If you use PLA, you can’t put it in the dishwasher since it would deform through the heat. ABS is not an option either, since it’s oil-based and therefore cannot be used for holding food or beverages. Read this article for more info on ABS.

In conclusion, both ABS and PLA plastic have ups and downs, it depends largely on what and where you were planning on printing. Hopefully they invent a new kind of plastic one day that’s cheap, doesn’t do harm to the environment and is suitable for all possible jobs. If you want to learn more, check out this in-depth article on ABS plastic.