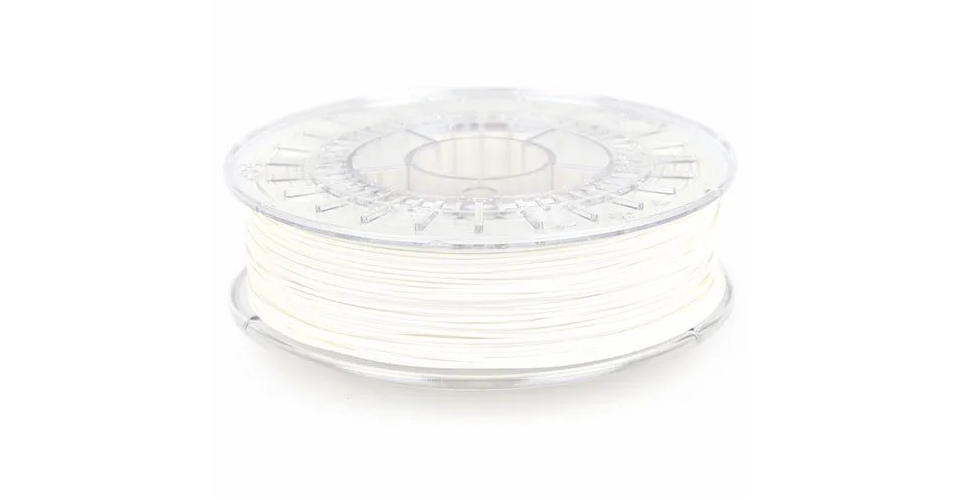 PLA vs PLA+ : What’s the Difference?

by Joseph Flynt
Posted on March 16, 2021
15 Shares
3D Insider is ad supported and earns money from clicks, commissions from sales, and other ways.

PLA may be one of the most common filaments in 3D printing but let’s face it – it leaves a lot to be desired in terms of mechanical properties. Standard PLA has terrible thermal resistance and can lean a little too much on the brittle side instead of being flexible.

Many filament brands have developed PLA+ or PLA Plus products to bridge the gap between PLA and other high-performance filaments. How exactly do these PLA Plus filaments perform and are they worth the hype? Is it worth it to upgrade from standard PLA?

What is PLA Plus?

As the name implies, PLA Plus is a type of “enhanced” PLA. There is no standard method for this enhancement is achieved. In fact, different brands may market their enhanced PLA filaments in different ways. One brand’s “PLA Plus” may be equivalent to another brand’s “PLA Pro”

No matter the name, a PLA Plus filament represents a premium type of PLA. This typically manifests via enhanced strength, improved heat stability, better layer adhesion, and superior visual appearance. The benefit of working with a PLA Plus filament is that you get all these upgrades while mostly retaining the ease-of-use that standard PLA has been known for.

How is it made?

Describing exactly how PLA Plus filament is made is difficult since each brand probably takes its own unique spin on the concept. Naturally, these brands also do not divulge how they create their PLA Plus filament. It’s safe to say that each PLA Plus filament contains standard PLA with some additives.

To enhance flexibility, it has been inferred that some PLA Plus filaments contain a healthy dose of TPU. In the case of colorFabb, they are quite forthcoming in describing their PLA/PHA filament, a combination of PLA and PHA (polyhydroxyalkanoate). With more toughness and flexibility, this has become the standard PLA filament of the colorFabb brand.

The Ingeo Biopolymer 3D870 from NatureWorks also provides a convenient foundation for creating premium PLA filament. Engineered to have thermal and mechanical properties similar to ABS, the Ingeo PLA is manufactured in pellet form and can be extruded into a variety of shapes, including 3D printing filaments.

An example of premium PLA filament that uses Ingeo 3D870 is the Pro PLA filament from the 3DFuel brand. Based on the product description, this is basically an unadulterated version of the Ingeo PLA in filament form which has only been modified with coloring agents.

How it compares to standard PLA

Does PLA Plus really offer a premium compared to standard PLA? On this metric, PLA Plus does not disappoint. By improving standard PLA formulation with some additives, most PLA Plus filaments provide mechanical and thermal advantages without the challenges innate to working with high-temperature filaments.

Compared to standard PLA, these are some of the major differences of a PLA Plus filament:

Let’s get this one out of the way. As you would expect, a premium PLA filament costs more than standard PLA. Depending on the brand, the price difference for a 1-kilogram spool could range from less than $5 to more than $20. This is another case of getting what you pay for. More expensive PLA Plus filaments typically have better reviews, although this is not a conclusion that applies to all of them.

A low glass transition temperature is one of the weakest points of standard PLA. With PLA Plus, you can gain a boost in thermal stability by up to 15 °C. This puts PLA Plus at par with more heavy-duty filaments such as PETG.

A common goal of combining standard PLA with additives was to reduce its brittleness and make it more flexible. This makes PLA Plus a little more robust and versatile in terms of applications.

Printing functional parts with PLA is often not a good idea. Not only is PLA brittle, but it lacks the toughness to withstand sustained loads and repeated motion. Many PLA Plus filaments address this by improving metrics such as tensile strength and impact strength.

Some brands promise that their PLA Plus filaments naturally create a more radiant or glossy finish compared to standard PLA. This can surely be a selling point if you’re the type to finish your PLA prints until they look as good as possible.

With improved strength, you can also expect PLA Plus to perform better for overhanging features or bridges in your model. This is precisely because the improved material supports its own weight better and can develop more strength as it cools down. This is a property of PLA Plus you likely will have to experiment with to confirm.

How it compares to other filaments

Clearly, PLA Plus is better than standard PLA but then that’s already expected. How does PLA Plus fare compared to more robust 3D printing filaments?

Despite being difficult to work with, ABS remains fairly popular as an inexpensive 3D printing filament that offers very good thermal and mechanical properties. In terms of stability in high temperatures, flexibility, and overall strength, ABS is still a few notches above PLA Plus.

It is worth mentioning, however, that ABS is highly prone to warping and emits unpleasant toxic fumes during printing. These two major drawbacks of ABS are things you would not need to worry about when printing with PLA Plus.

PETG has always been considered the middle-ground between PLA and ABS. It prints at slightly higher temperatures than PLA, is not highly prone to warping, but has mechanical and thermal properties closer to ABS.

Compared to PLA Plus, PETG still holds the upper hand in terms of strength and thermal stability. The difference isn’t quite as pronounced as the one between PLA Plus and ABS, though.

If strength is a priority for your project, then going with PETG might still be the wiser move. On the other hand, PLA Plus is still easier to use even compared to the relatively user-friendly PETG filament. 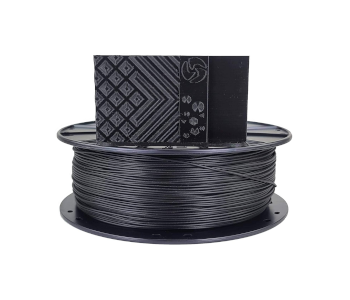 The Pro PLA filament from 3D Fuel made from Ingeo PLA is one of the best premium PLA filaments. Although a little expensive, many users have found the Pro PLA to be a lot more reliable than many other equivalent PLA Plus filaments from other brands. Despite the price, the Pro PLA is considered a very good investment.

The Pro PLA filament works best when printed at high temperatures – we suggest printing at or near the upper limit of 240 °C. It benefits from a heated bed, although it is not absolutely necessary. If you need your part to be stronger, then this filament also responds well to annealing. 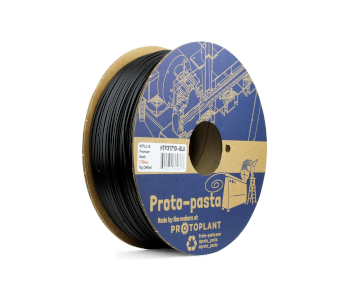 Coming in the signature cardboard spool holder, the HTPLA filament from Proto-Pasta is a more heat-stable version of standard PLA. Aside from high-temperature performance, the HTPLA also promises better strength and layer adhesion.

True to the name, the HTPLA filament prints best at a temperature of about 250 °C. Aside from the higher printing temperature, HTPLA prints just like standard PLA. A heated bed is not necessary. Some users have even been successful using HTPLA without bed adhesives. Proto-Pasta recommends that finished prints be annealed to develop maximum strength and temperature stability. 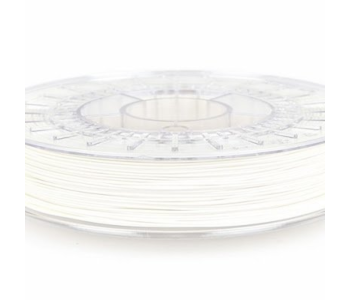 The standard PLA line from colorFabb, the PLA/PHA filament sets itself apart by combining PHA (polyhydroxyalkanoate) with standard PLA. This results in a filament with better toughness and improved layer adhesion. The best thing about PHA as an additive is that it’s also biodegradable, thus preserving one of the major selling points of PLA as a 3D printing material.

Since the PLA/PHA filament has become the standard PLA line of colorFabb, it is available in a huge range of colors. If you’re looking for a staple replacement for your old PLA filaments, then this product line might be worth considering. The only downside? They are significantly more expensive than standard PLA. 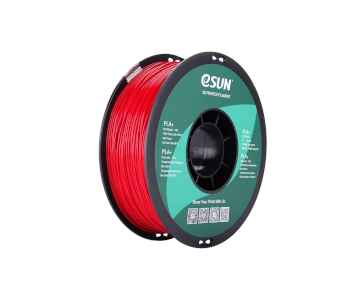 The PLA PRO line from eSun is one of the cheapest “PLA Plus” filaments available today. In fact, it may even be cheaper than standard PLA filaments from other brands. If you want to experience printing with a next-gen PLA filament without spending too much, then this is the product for you.

There’s a catch, of course. Compared to other PLA Plus filament, the eSun PLA PRO might be one of the more difficult ones to work with. Users have reported excessive stringing when printing with this filament. Others have experienced nozzle clogging, likely as a result of inconsistent filament diameters.

Still, the reviews for the PLA PRO aren’t all bad. Getting it to print perfectly might take some work, but it works well with some tweaking. Its biggest selling point is that it’s one of the cheapest options – you’ll just have to be a bit more patient when using it.

As popular as PLA is, just about any 3D printing enthusiast will tell you that it’s far from perfect. It’s brittle, lacks mechanical resiliency, and deforms quickly under heat. To address these problems, many filament brands have come up with enhanced PLA filaments – PLA Plus filaments, if you will.

While there is no standard way to enhance PLA, we think is a good thing for the 3D printing community. With brands taking different approaches to creating PLA Plus filaments, we are free to choose which one works best for our intended application.

Have you tried any of the PLA Plus filaments we have recommended? How has your experience been?