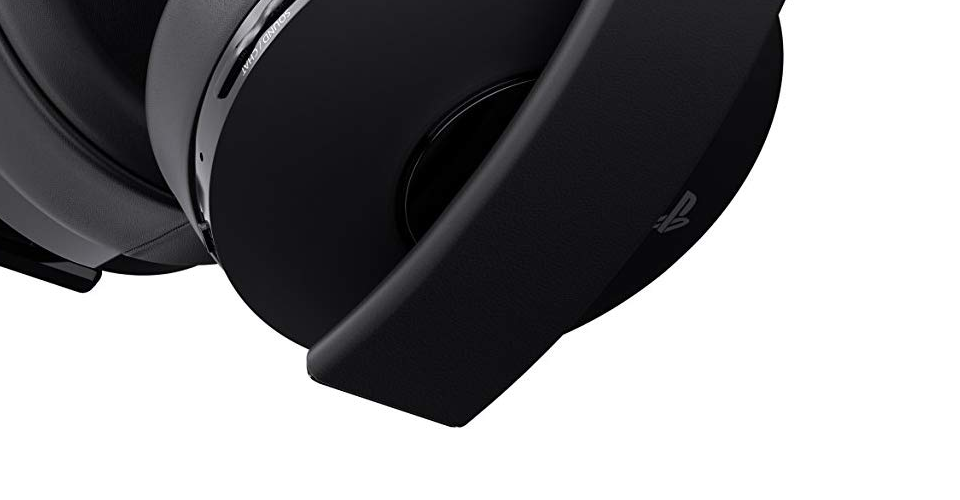 The PlayStation Gold Wireless Headset: Is it Worth it?

by Joseph Flynt
Posted on March 17, 2019
19 Shares
3D Insider is ad supported and earns money from clicks, commissions from sales, and other ways.

When the first Gold Headset for the PlayStation was released in 2014, the reaction from gamers ranged from underwhelmed to outright anger. Although the 7.1 surround sound system was great, the build quality of the first Gold headset defied its premium branding. It didn’t fit well and had a headband that was prone to cracking.

Last year, Sony released the new Gold Wireless Headset that was specially designed for the PlayStation 4. After the lukewarm reception of the first Gold Headset, has Sony redeemed themselves with this upgraded version? 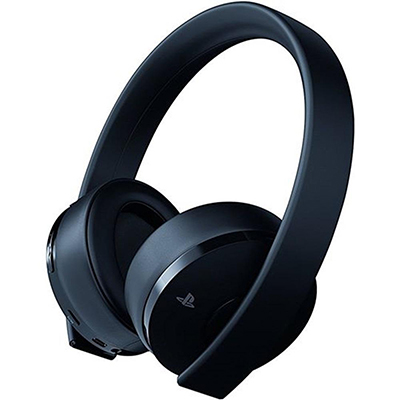 At first glance, there isn’t a feature in the design of the Gold Headset that stands out. Despite the name, the headset is all black. A flash of color would not have hurt, but this is apparently the design aesthetic that the Gold Headset was going for. A horseshoe-shaped headband connects the two earcups which are lined with faux leather outside a light padding. We’re happy to report that the headband feels very durable this time around – it’s made with a composite metal covered with a nice leatherette layer.

Eschewing the abundance of hinges of the original Gold Headset, the 2018 version has a simple internal mechanism that allows the earcups to slide up and down the headband. They no long flex forward or backward, which may make it uncomfortable for people with larger heads. The loss of articulation points also means that the Gold Headset is no longer collapsible. However, we find the Gold Headset incredibly comfortable if you have a normal-sized head.

All headset controls are located in the left earcup, which makes it easy to orient the headset before you wear it. The controls at the back side include a mute button, a volume rocker, and a switch to active the simulated 7.1 surround sound. Another set of controls at the front side allow you to mix bass, treble, and mids to get the perfect audio blend according to your preference. You can also adjust the volume of chat audio relative to the rest of the game audio.

On the quality of sound alone, the 2018 version of the Gold Headset is already miles ahead of its predecessor. In-game audio sounds clean and clear, while a boomy bass adds a much-needed depth. The bass doesn’t quite compare to more premium options, such as the PlayStation Platinum, but should be satisfying enough for its price range. The low-mids sound more natural, resulting in a sufficiently full sound that handles high frequencies smoothly.

Should you run out of battery power in the middle of a game, you have the option of connecting the Gold Headset via a 3.5 mm jack. Since the DualShock 4 controllers have their own 3.5 mm ports, you won’t lose any mobility by using this configuration. Audio quality does suffer a bit though. You might have to crank up the bass to get a comparable output.

Overall, we can say that the quality of audio that the Gold Headset delivers manages to exceed expectations, especially considering how affordable the headset is and the low bar set by its predecessor. It’s not quite audiophile-level. To be honest, that would be asking for too much considering how much the Gold Headset costs. Still, the audio quality is good enough to provide an immersive experience even for the most hardcore gamers.

When connected to a PS4, the Gold Headset provides the luxury of simulated 7.1 surround sound. In our opinion, this is where the Gold Headset truly shines. The two drivers of the headset are divided into seven channels, effectively simulating a 360-degree sound field. The directional audio produced by the simulated surround sound almost feels like you have a high-end speaker system installed around you. The transitions and mixing between different channels sound so smooth that you would hardly notice that the whole system is only simulated.

The quality of the virtual surround sound of the Gold Headset puts it in the level of more expensive headset brands, such as Dolby Atmos. The downside is that this feature is only accessible if the Gold Headset is connected to a PlayStation 4.

The Gold Headset does not connect by Bluetooth directly to the PlayStation 4. Instead, it comes with a USB dongle that transmits a 2.4 GHz wireless signal. If you’re connecting a PlayStation 4, this dongle can connect to any USB port at the front of the console. The advantage of this setup is that you don’t need to go through any setup or Bluetooth pairing process – the headset is already pre-paired with the dongle. By using a wireless signal, the Gold Headset can also receive audio with better quality and lower latency.

The drawback of this setup is that it uses one more USB port in your PlayStation 4, which is already quite a commodity. Since the PlayStation 4 only has two USB ports, you will probably need another one to charge an extra DualShock controller. If you use a PlayStation VR headset, then that’s going to take up another USB port. If it gets to this point, then a USB hub might be a worthwhile investment.

One of the first things you will notice with the Gold Headset is the lack of a boom mic. Instead, the headset has a pinhole mic on the left earcup that works with a voice-isolation technology that can pick up the sound of your voice. As a result, the mic audio quality is not so bad but is also not as good as those from headsets with physical microphones.

While the noise cancellation and voice isolation perform well, this comes at the price of a low mic volume. If you’re just going to use the headset for voice chat, then it should be fine. Your teammates might complain about the quality, but you can probably manage to play through it. However, if you intend to use the built-in mic for streaming or recording, then you’re better off getting a headset with a physical boom.

The Gold Headset has a built-in 570 mAh battery that can dish out about 7 hours of playtime when used wirelessly and with simulated surround sound activated. While this sound like it should be enough for one gaming session, we can’t help but feel underwhelmed considering that most other gaming headsets are capable of more than twice this playtime. With such a small battery capacity, you will probably need to recharge the Gold Headset every day or use it while plugged into a USB port.

When the Gold Headset initially came out in March 2018, its $99 price tag made a lot of heads turn. After all, this was still a Sony product that held the promise of premium quality. For the most part, the Gold Headset did not disappoint for its price. To its credit, it improved a lot from the original version, which was also launched with a $99 price tag.

Nowadays, you can get the Gold Headset for much cheaper – around $75. If it wasn’t a good buy at $99, then it’s certainly worth a look now.

Despite coming from the premium Sony brand, expectations for the Gold Headset were tempered by the disappointing quality of the original version. The 2018 version may not have hit the ball out of the park, but it did well in a few departments. The audio quality is much better than expected for a headset at this price range. We also like how the new Gold Headset feels a lot more durable than the original with its firm headband and simple, no-frills design. The simulated surround sound was a pleasant surprise, delivering a quality that is at par with much more expensive headset models.

On the other hand, the Gold Headset still has a few underwhelming qualities. The decreased adjustment options for the earcups have made it less comfortable, especially for people with heads that are larger than usual. The built-in microphone also leaves a lot to be desired. The decision to not include a boom mic may have cost Sony the opportunity to market the Gold Headset to game streamers. Finally, the battery life of the Gold Headset has not aged well. Nowadays, budget headsets are capable of longer playtimes than the Gold Headset.

The reduced price of the Gold Headset has managed to keep it competitive, especially in a market that has been flooded by different products and models with prices that are just all over the place. While there are premium headsets that cost more than $150, there are also budget options that cost less than $20.

As a product that sits right at the middle of the price range, the Gold Headset is definitely worth considering, especially if you have a PlayStation 4 console. The immersion provided by the audio and surround sound quality is top-notch. At its discounted price, recommending the Gold Headset just makes sense.